A chronicle of giant straight-tusked elephants 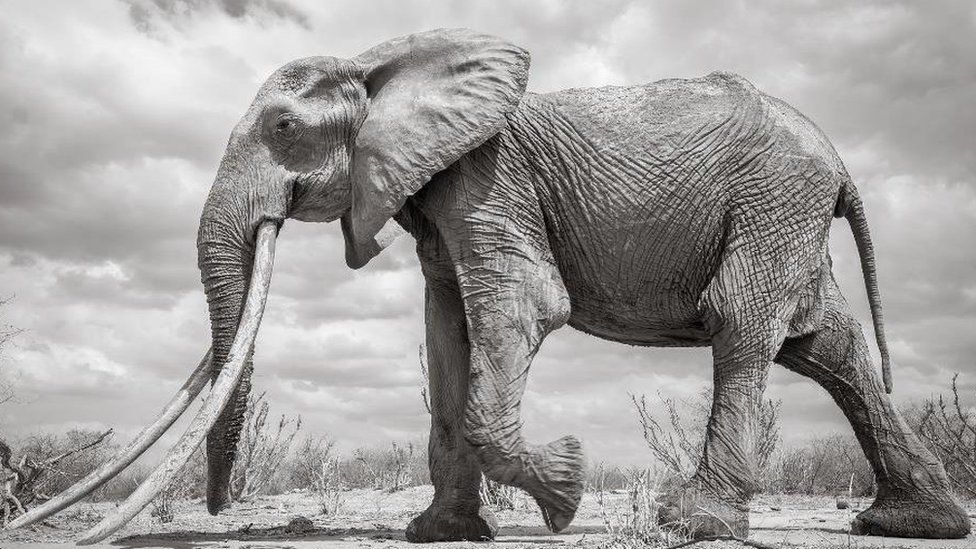 By University of Bristol / Phys.Org

About 800,000 years ago, the giant straight-tusked elephant Palaeoloxodon migrated out of Africa and became widespread across Europe and Asia. It divided into many species, with distinct types in Japan, Central Asia and Europe—even some dwarf forms as large as a small donkey on some Mediterranean islands.

In a new study by scientists in Spain, Italy and the UK, including University of Bristol Ph.D. student Hanwen Zhang, published in the journal, Quaternary Science Reviews, some order has been brought into our understanding of all these species.

The most intriguing feature of the straight-tusked elephant, apart from its absolutely enormous size, is the massive, headband-like crest on the skull roof which projects down the forehead. When the celebrated Victorian Scottish geologist Hugh Falconer studied the first fossil skull of Palaeoloxodon found in India, he remarked that the head seemed “so grotesquely constructed that it looks the caricature of an elephant’s head in a periwig.”

For a long time, palaeontologists thought that the European species, Palaeoloxodon antiquus, had a rather slenderly built skull roof crest; whereas the Indian species Palaeoloxodon namadicus, is characterized by an extremely robust skull crest that extends near to the base of the trunk from the top of the skull.

But some Palaeoloxodon skulls, found in Italy and Germany, with almost the same exaggerated skull crest as the Indian form, led a few experts into suspecting these might all be single species.

Hanwen Zhang, who is based in Bristol’s School of Earth Sciences, said: “Just like modern elephants, Palaeoloxodon went through six sets of teeth in their lifetimes. This means we can tell the age of any individual with confidence by looking at its fossilized teeth.

“When we looked at a series of skulls from Italy, Germany and India, we found a consistent pattern: the skull crest developed from being very small, not protruding beyond the forehead in juveniles to being larger and more protruding in young adults, eventually becoming very stout in aged adults.”

The study’s lead author, Asier Larramendi, an independent researcher from Spain, added: “As I plotted various skull and limb bone measurements for these incredible prehistoric elephants, it became clear that the Indian Palaeoloxodon form a distinct group from the European ones; even in European skulls with quite pronounced crests, the skull roof never becomes as thickened as in the Indian specimens.

“This tells us we once had two separate species of these enormous elephants in Europe and India.

“Besides the funky skull roof crest, the head of the straight-tusked elephant is also remarkable for being huge, the largest of any elephant ever—some 4.5 feet from the top of the skull roof to the base of the tusk sheaths!

“Therefore, the skull crest probably evolved to provide additional attachment areas for extra neck muscles, so the animal did not fall on its head.”

Hanwen Zhang said: “Having gotten to the bottom of the antiquus/namadicus problem, it then became apparent that other fossil skull materials found in Asia and East Africa represent distinct, possibly more evolutionarily conservative species of Palaeoloxodon.

“Even in fully mature adults with the last set of teeth in place, the skull roof crest remains comparatively unpronounced. This is the case with the earliest Palaeoloxodon from Africa, some Asian species retained this condition.”