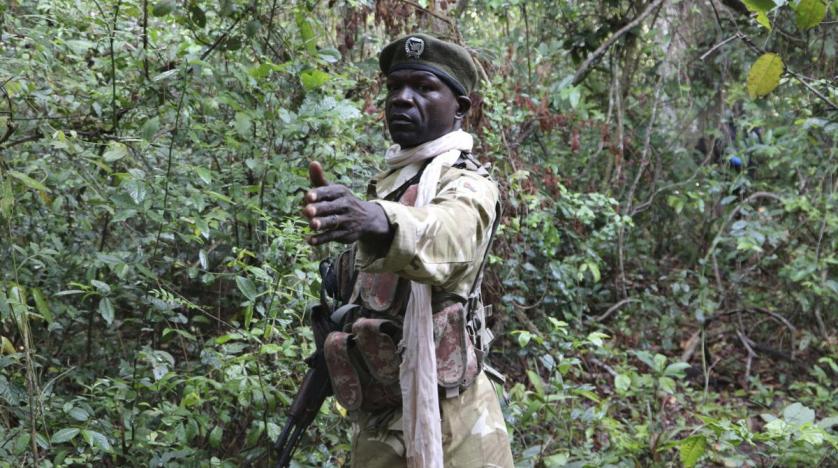 By John Vidal, The Guardian

Armed ecoguards partly funded by the conservation group WWF to protect wildlife in the Republic of the Congo beat up and intimidated hundreds of Baka pygmies living deep in the rainforests, an investigation into a landmark global conservation project has heard.

A team of investigators sent to northern Congo by the UN Development Programme (UNDP) to assess allegations of human rights abuses gathered “credible” evidence from different sources that hunter-gatherer Baka tribespeople living close to a proposed national park had been subjected to violence and physical abuse from the guards over years, according to a leaked draft of the report.

The allegations, reported to the UN last year, included Baka tribespeople being beaten by the ecoguards, the criminalisation and illegal imprisonment of Baka men, summary evictions from the forest, the burning and destruction of property, and the confiscation of food.

In addition, the UNDP’s social and environmental compliance unit heard how the ecoguards allegedly treated the Baka men as “sub-human” and humiliated some Baka women by forcing them to take off their clothes and “be like naked children”.

The report says: “These beatings occur when the Baka are in their camps along the road as well as when they are in the forest. They affect men, women and children. Other reports refer to ecoguards pointing a gun at one Baka to force him to beat another and guards taking away the machetes of the Baka, then beating them with those machetes.

“There are reports of Baka men having been taken to prison and of torture and rape inside prison. The widow of one Baka man spoke about her husband being so ill-treated in prison that he died shortly after his release. He had been transported to the prison in a WWF-marked vehicle.”

The draft report, dated 6 January 2020, adds: “The violence and threats are leading to trauma and suffering in the Baka communities. It is also preventing the Baka from pursuing their customary livelihoods, which in turn is contributing to their further marginalisation and impoverishment.”

The UNDP acted after it received letters from the Baka in 2018. One, signed by people in Mbaye village, said: “They ban us from going to the forest. If we make camps in the forest the ecoguards burn them down. Many Baka are dead today. Children are getting thinner. We are already finished off with the lack of forest medicines. We tried to tell our difficulties to the WWF but they do not accept them. They just tell us we cannot go to the forest.”

The $21.4m (£16.6m) flagship Tridom 11 project in northern Congo set up in 2017 with money from the WWF, UNDP, the European commission, US and Congolese governments and the Global Environment Facility, as well as logging and palm oil conglomerates, includes as its centrepiece a 1,456 sq km area of forest known as Messok Dja.

This global biodiversity hotspot is rich in wildlife, including elephants, gorillas and chimpanzees, and has been lived in and used for the hunting of small game by the semi-nomadic Baka tribes for millennia. The WWF has pressed for it to be designated a protected area, or national park, for 10 years, on the grounds that it will reduce wildlife crime and act as an ecological corridor linking national parks in neighbouring Cameroon.

The WWF says the ecoguards were employed by the Congolese government, but admits contributing to their training and wages along with other funders through the Tridom interzone project (ETIC), a Congo government collaboration with WWF. It adds that there are no legal restrictions preventing Baka using the forests.

In an email to the Guardian, a WWF spokesman said: “WWF funding is paid into ETIC accounts and then in turn distributed by ETIC. Some of that funding will be spent on ecoguards, including for training, salaries and equipment.”

Local Congolese WWF officials interviewed by the UNDP team “acknowledged the evidence of abuse against the Baku” by the guards, says the report. “Such occurrences were presented as isolated incidents due to the existence of a few bad apples among the ecoguards in what was otherwise a successful operation. A WWF staff member … explained that these incidences were occurring because of the psychological ramifications of putting someone in a uniform and giving him a gun, which for some men represents a licence to commit abuse.”

The report adds: “Baka men find they can no longer go into the forest to obtain honey. They fear that they are no longer able to trap small animals without running the risk of being severely punished by the ecoguards. There are numerous reports of Baka caught in the forest being beaten.”

The investigators also identified multiple failures of the UNDP to adhere to human rights policies and standards, and said little consideration had been given to the impact of the project on the Baka peoples.

Not only were communities given little information that their customary land was to be turned into a protected area, but funders had assumed that the conservation project would bring environmental and social benefits, says the report.

Investigators also said they found no evidence that the UNDP had taken into account the risk of co-financing the project with palm oil and logging companies whose work by its nature threatens large-scale biodiversity loss.

The report strongly criticises the way conservation is practised in central Africa. “The goal of establishing Messok Dja as a protected area was pursued by following the established patterns of conservation projects in the Congo Basin, which largely exclude indigenous peoples and treat them as threats rather than partners,” it says.

A separate study commissioned by the WWF from the international NGO Forest Peoples Programme (FPP) found that WWF had only consulted the Baka communities likely to be affected by the park seven years after the idea had been conceived and long after discussions with government and logging companies had begun.

“[By then] it was far too late in the process. Information provided to communities has been incomplete and provided late,” the FPP report said.

Stephen Corry, the director of tribal defence NGO Survival International, said: “This UNDP report is a devastating indictment which should spell the end ofWWF’s model of ‘fortress conservation’ which has caused so much damage to people and the environment throughout Africa.

“Logging, palm oil and tourism companies, as well as conservation NGOs, are working together to steal Baka land. All the relevant UN policies and laws regarding respect for indigenous peoples and human rights were ignored from the beginning,” he said.

In a statement, the WWF said: “We are appalled by the observations and allegations of the report. Although it is vital the forests of Messok Dja are protected from escalating environmental pressures, it cannot come at any cost to indigenous people, their communities, traditions or livelihoods. We know the best way to protect many of the remaining critical landscapes on the planet is by working with the communities that live there.”

It said the draft report was based on a field mission in early 2019 and argued that it contained inaccuracies, which it was clarifying with the report’s authors.

“The report does not reflect the current position on the ground. We have worked tirelessly in recent months with all concerned … to overhaul practices regarding community engagement and help ensure indigenous groups participate in findings solutions and ensure their way of life is not under threat due to conservation efforts,” it added in the statement.
“We are especially distressed by concerns around the relationship between Republic of Congo-employed rangers and local communities, including allegations of abuse. Any breach of our social policies and commitments is unacceptable and we will take all action needed.”

A UNDP spokesman added: “This report was triggered by complaints that were reviewed in October 2018. Following an initial assessment of the allegations, UNDP suspended the project in March 2019. We are not able to comment on the findings until the report has been published.”