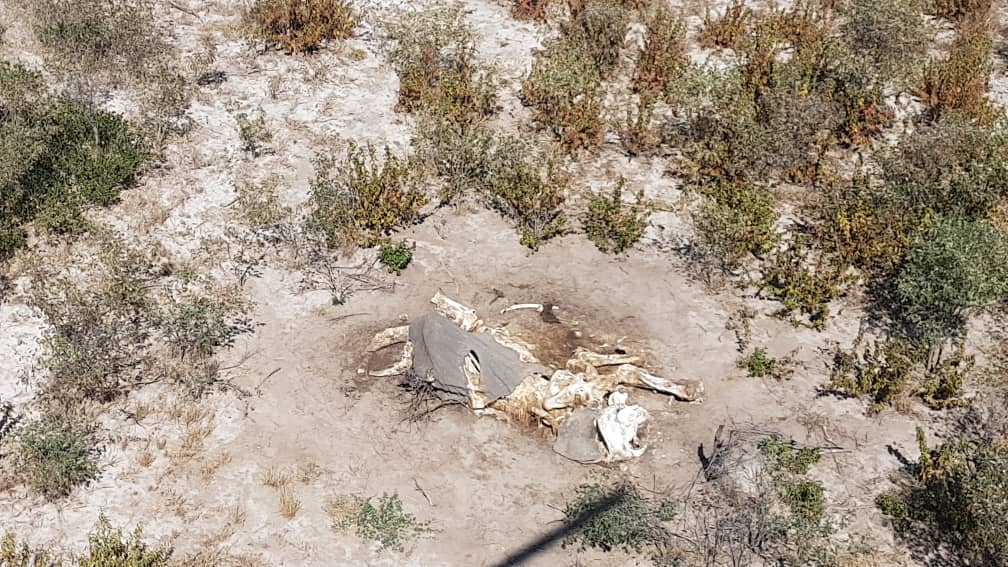 GABORONE (Reuters) – Botswana is investigating the mysterious deaths of at least 154 elephants over two months in the northwest of the country, a wildlife official said on Monday, although poaching or poisoning have been ruled out.

“We are still awaiting results on the exact cause of death,” Regional Wildlife Coordinator Dimakatso Ntshebe told Reuters.

The carcasses were found intact, suggesting they were not poached. Further investigations have also ruled out poisoning by humans and anthrax, which sometimes hits wildlife in this part of Botswana.

Africa’s overall elephant population is declining due to poaching, but Botswana, home to almost a third of the continent’s elephants, has seen numbers grow to 130,000 from 80,000 in the late 1990s, owing to well managed reserves.

However, they are seen as a growing nuisance by farmers, whose crops have been destroyed by elephants roaming the southern African country.

President Mokgweetsi Masisi last year lifted a five-year ban on big game hunting, imposed by previous president Ian Khama, but the hunting season failed to take off in April as global travel restrictions meant hunters from many coronavirus-hit countries could not enter Botswana.

Meanwhile, the Wildlife Department has undertaken an operation to relocate and dehorn all rhinos to tackle poaching in Botswana – mirroring efforts elsewhere in the region.

The Okavango Delta rhino population has been the hardest hit, with 25 reported poached between December and the beginning of May, government figures show, as poachers take advantage of the absence of safari tourists during the pandemic.

That compares with a total of 31 rhinos poached from October 2018 to December last year.

“Both white rhino and black rhinos have been severely affected, necessitating the … relocation of highly endangered black rhinos (and) intensification of surveillance,” the Department said.