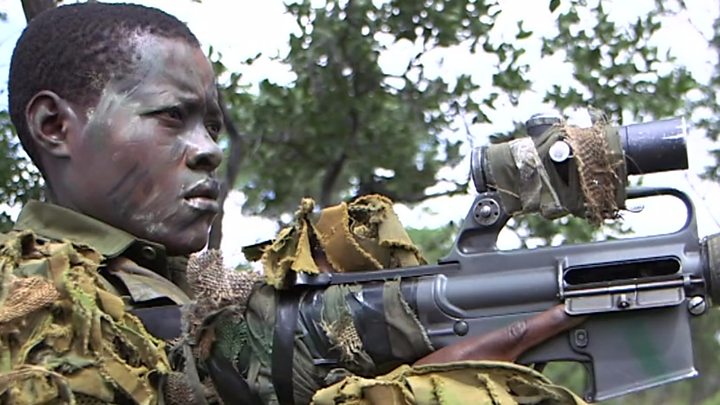 Soldiers from the Royal Gurkha Rifles have trained Zambian rangers in anti-poaching skills and tactics – the first UK deployment of its kind in the country.

The 30-strong unit spent six weeks in Zambia, sharing soldiering skills with the rangers to help strengthen their response to poaching and the illicit wildlife trade – thought to be worth £17bn a year internationally to criminal gangs.

With a large elephant population and rare and endangered species in Zambia, there has been an increase in the number of groups selling illegal animal products internationally, according to the Ministry of Defence.

The rangers were also shown how to use lightweight patrol packs and first aid kits so they can work further away from their bases, to cover isolated areas where poachers can operate.

Minister for the Armed Forces James Heappey said: “The UK is committed to tackling the illegal wildlife trade, which has a destabilising impact on communities across Zambia, and the wider continent.

“These deployments are also a valuable learning opportunity for the soldiers, operating in challenging terrain and learning bush-craft from the rangers.”

In total, 119 students from the Zambian Police, Armed Forces, National Service and Department for National Parks and Wildlife were trained.

The training exercises took place in the 8,600 sq miles of Kafue National Park.

There have been four past deployments of UK personnel to neighbouring Malawi, where soldiers trained more than 200 rangers to improve patrols and communications.

Major James Marden, Officer Commanding, said: “This was a unique operation, unlike anything I have done before, enhanced by it being the first British counter-poaching training support mission in Zambia.

“It was hugely rewarding working with such a diverse team.”