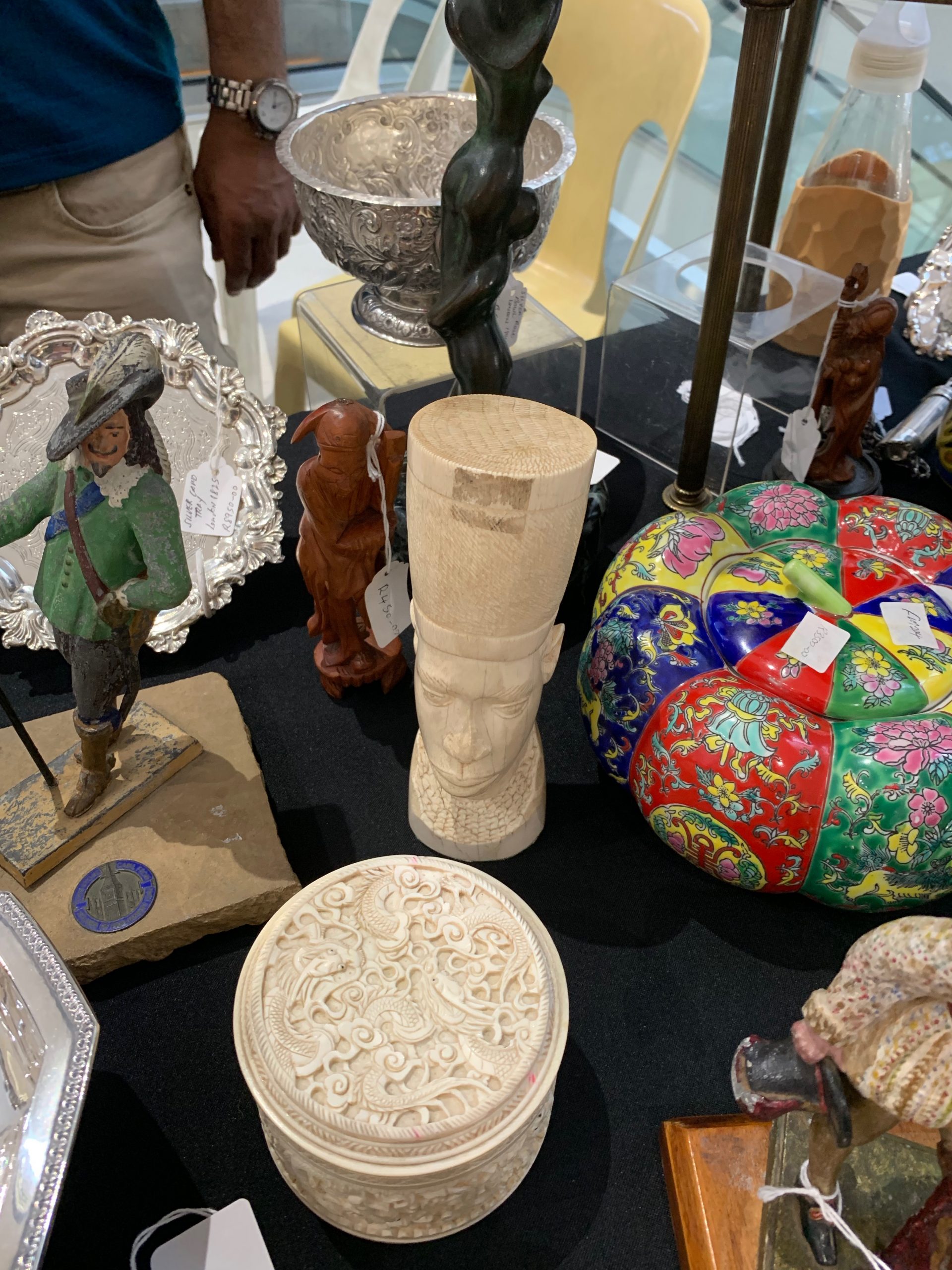 A Cheltenham man who tried to export elephant tusks and walrus ivory out of the country has avoided jail today.

Peter Maw, 65, of Duke Street, Cheltenham, appeared at Gloucester Crown Court today to be sentenced after he had previously pleaded guilty at Cheltenham Magistrates’ Court to five counts of fraudulently evading any duty, prohibition, restriction or provision, on the ivory items.

Four of the items were related to elephant tusks, the fifth to a walrus.

He was handed a three-month prison sentence suspended for 18 months, ordered to pay £500 in court costs and a victim surcharge.

It comes after a three-year investigation began in 2017 after customs officers at Heathrow Airport intercepted a package which was declared as a gift worth £15, when in fact is was a carved ivory figure which had been sold for £147 and on its way to China.

Maw did not have the necessary permits to export or re-export outside the UK so the package was seized.

The National Wildlife Crime Unit informed Gloucestershire Constabulary who raided Maw’s home in March 2018. Items were seized and an expert later identified them as elephant and walrus ivory.

At Gloucester Crown Court today Prosecutor Ellen McAnaw said: “Maw knew full well that these items were made from ivory and that China is a country that prohibits the importation of ivory.”

The prosecutor added: “There is evidence that the wording on his eBay posts has been carefully composed so as not to attract attention from the authorities.”

Giles Nelson, defending Maw, said: “There was no evidence of him trying to conceal his address as all transactions were carried out in his name and from his home address. This is not fraudulent offending and only occurred during a very short period of time.

“He had an antiques shop in Cheltenham and continues trading on his good name. He is a hard working man who had a hard upbringing but has found his niche in the antiques trade.

“It has taken some time for this case to come before the courts and these offences are heading towards antiquity themselves. He is ashamed to be appearing at court today.”

Sentincing Maw, Judge Mark Horton told him there legislation has been introduced in Europe and across the world to “restrict the sale and movement of ivory”.

He said: “You were very well aware of this as you had worked in the trade for more than 30 years during which time you amassed a good knowledge of antiques and ivory items.” He added: “In your case you operated the scheme for a three month period. You used your knowledge to help you to avoid detection in a bid not to draw attention to the packet.

“This was a sophisticated operation, but at the bottom end of the sentencing options. The value of these transactions is just over £1,000.

“Your mitigation is high as you are somebody who has been in the antiques trade for three decades and a man of good character.

“But your flouting of the legislation would normally send you into the custody, but the circumstances in your case allow me to suspend the sentence.”

PC Diana Butler led the investigation on behalf of Gloucestershire Constabulary, with support from members the Force rural crime team and Ian Guildford from NWCU.

PC Butler said: “I am very grateful for the support I have had from colleagues, the NWCU and CPS throughout this investigation which has helped us bring Maw to justice. “It has been a long and involved investigation but I am delighted with the excellent outcome.”

Chief Inspector Rich Pegler, force lead for rural crime, said: “I would like to congratulate PC Butler and the rest of the team for their hard work and perseverance throughout this investigation and the result is a credit to them all.

“Fortunately this is an unusual investigation for Gloucestershire but I hope this result send out a message that no matter how rare a crime is we have people who are capable of solving it and bringing offenders to justice.

“Gloucestershire Constabulary is committed to fighting all types of rural and wildlife crime and we have dedicated officers across the county who monitor and investigate all types of criminal activity.

“As this case shows we work closely with other agencies, including the National Wildlife Crime Unit, and value their support as we work to end animal cruelty throughout the county.

“This is in line with the Compassionate Approach commitment set by Police and Crime Commissioner Martin Surl.”