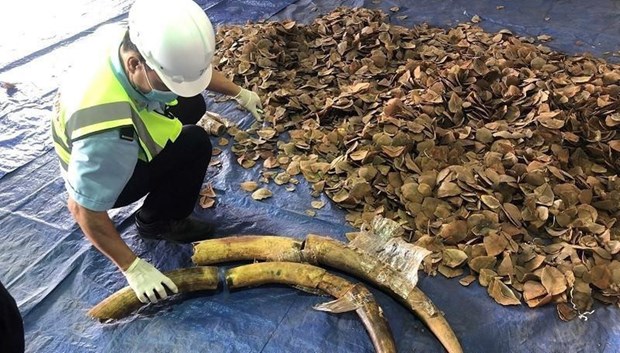 The Elephant Protection Initiative Foundation (EPIF) highlighted its pioneering work across Africa in securing stockpiles of ivory and other wildlife products at the 19th meeting of the Conference of the Parties (COP19) to the Convention of International Trade in Endangered Species (CITES) holding in Panama City, Panama.

“We are helping 15 African governments to keep their ivory safe,” said the EPIF’s Director of Government Relations, Dr Winnie Kiiru. “This means less ivory leaking onto the illegal market, which in turn means less ivory being traded, and, ultimately, less elephant poaching.”

In an event in Panama City co-hosted with the United States’ Bureau of International Narcotics and Law Enforcement Affairs (INL), officials from Angola, Gabon and Malawi demonstrated their use of the EPIF’s “Gold Standard” methodology in ivory security.

Countries attending the CITES Conference rejected a proposal to re-open trade in ivory and pledged to report regularly and improve security of their stockpiles.

“We’ve trained more than 800 officials, and helped African governments to secure 25 key stockpiles,” said Dr Kiiru. “When we see the growth of capacity of people working in these departments, and their ability to meet their CITES commitments, we’re very optimistic about the progress we’re making.”

The EPIF is the secretariat of the Elephant Protection Initiative, an alliance of 21 African countries committed to conserving their elephants and improving the livelihoods of their growing human populations.