Did efforts to protect DRC’s elephants and bonobos leave a trail of abuses? 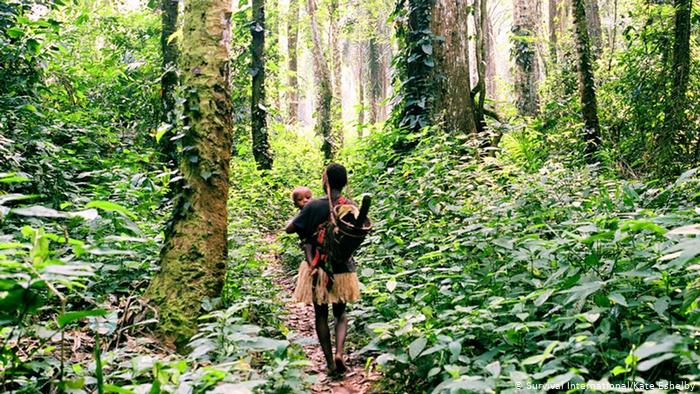 For almost four years, the teams of researchers traveled by boat up winding rivers, setting up base camps inside dense rainforests for weeks or months at a time as they searched for signs of elusive forest elephants and bonobos. Trekking deep into Salonga National Park, a sprawling tract of protected jungle in the heart of the Democratic Republic of Congo (DRC), the researchers set up cameras and held their breath, hoping to find evidence that populations of the two species hadn’t fallen in recent years.

Now, after years of meticulous and grueling work, the research teams have an answer. Inside Salonga, which spans more than 36,000 square kilometers (14,000 square miles) — an area larger than the total land mass of neighboring Rwanda — preliminary results indicate relatively stable populations of the two animals. According to a March press release from WWF, the multi-year study estimates the park is home to around 1,600 forest elephants (Loxodonta cyclotis) and 15,000 bonobos (Pan paniscus).

But investigators from the Rainforest Foundation UK say that protection of these animals is coming at a high cost. In the wake of a scandal implicating WWF in serious human rights abuses, the group says that park rangers inside Salonga, known as “eco-guards,”  have beaten, raped, and even murdered community members who live in the area adjacent to the park.

“I don’t think it’s an exaggeration to say that any village you go into near the park where eco-guards have been active, you will find cases of abuse,” Simon Counsell, executive director of the Rainforest Foundation UK, told Mongabay.

Researchers from a group of organizations that included WWF carried out the bio-monitoring survey beginning in 2015, hoping to gather accurate information about the population of elephants, bonobos (also called pygmy chimpanzees), and other animals. Salonga is the largest protected forest park in Africa and was named a UNESCO World Heritage Site in 1984. Fanning out across various sections of the park, researchers from the groups spent up to two months at a time collecting data under challenging conditions in remote areas, typically traveling up rivers by boat and then continuing on foot.

“You’re walking from sunup to sundown every day carrying your stuff,” said Gay Reinartz of the Zoological Society of Milwaukee, one of the organizations that participated in the research. “No matter if you have a base camp you’re still walking and walking.” Reinartz’s colleague Patrick Guislain estimates that, in total, researchers transited through nearly 3,500 kilometers (2,200 miles) of the park while carrying out the survey.

Previous estimates placed the number of forest elephants at between 600 and 2,400, and the number of bonobos at 9,500 to 16,800. Calling the results of the survey “encouraging” in a press release, WWF suggested that a number of factors might explain the stability of the populations, including robust anti-poaching patrols by eco-guards and the movement of elephants from outside the park into areas within its borders.

“I would be super cautious about taking too much to the bank on these estimates,” Reinartz said. “The elephants are already in very low numbers, but we breathed a sigh of relief that there wasn’t a gigantic decline.”

She says it’s hard to say for certain what accounts for the elephant population’s stability, but Guislain points to the success of anti-poaching patrols as a key factor.

“It’s a day and night difference,” he said. “There were places we just could not come, where even guards could not go because it was considered zone rouge. After the military went there in ‘Operation Bonobo’ to clean things up, it’s possible to get to these places.”

According to Guislain, the research teams were accompanied by armed guards to protect them against ambushes by poachers while carrying out the fieldwork for the bio-monitoring survey.

But Counsell says Rainforest Foundation UK’s research has revealed that these guards have also been culpable in horrific human rights abuses, and that the “poachers” targeted by Operation Bonobo and similar initiatives have mostly been local hunters rather than the heavily armed gangs that many people imagine to be responsible for illegal poaching in the park.

“We estimate that in the last seven years the eco-guards have been responsible for at least nine murders, the rape of ten women, and torture of at least 20 or so people,” he said. “And this is just the tip of the iceberg.”

According to documents published by UNESCO, Operation Bonobo began in October 2011 in response to concerns over illegal hunting of wildlife inside Salonga. Bringing together the Institut Congolais pour la Conservation de la Nature (ICCN) — the government agency responsible for managing Salonga — and units from the Armed Forces of the DRC, Operation Bonobo effectively militarized the park. Counsell says that many of those who became the targets of this militarization were community members who live just outside the boundaries of the park, and who hunt and fish inside the park to boost their incomes and feed their families.

“We interviewed about 230 people, and around a quarter of them said that at some point they’d been victims of some kind of abuse or harassment by park guards,” he said. “The WWF and its representatives who’ve been co-managing the park since 2015 can’t even go into many areas now because the anger towards park authorities is so serious.”

Allegations of murder and sexual assault

Testimonies of abuse at the hands of eco-guards gathered by the Rainforest Foundation UK are harrowing. In one case from August 2015, a local man was allegedly fishing inside the park when he was captured by soldiers from an eco-guard patrol. After handcuffing and beating him, the soldiers brought the man to town, where they killed him and left his body in front of a local church, according to the testimony. In another case, four women were allegedly caught bringing food to their husbands who’d been fishing in a nearby river inside the park. After tying the men up, the squadron of eco-guards were said to have raped the women in front of them.

The allegations are part of a scandal that has implicated WWF in human rights abuses across the world. A three-part series published by Buzzfeed in early March laid out evidence that the actions of eco-guards in Salonga were not an isolated occurrence and suggested that WWF has long known the abuses were taking place. In response, lawmakers in Germany have called for an end to funding for Salonga and WWF, which plays a key role in managing the park along with Congolese authorities.

WWF declined to comment on this story in an email sent to Mongabay, saying it would prefer to wait until an independent review is concluded before speaking about the Salonga allegations.

The juxtaposition of the bio-monitoring survey results with allegations of brutality by eco-guards presents a complicated picture of conservation efforts inside Salonga and elsewhere in Africa.

Poaching has devastated the population of elephants and bonobos in the Congo Basin, and some advocates say that robust interdiction efforts are crucial to protecting the two species. But Counsell says the actions of the eco-guards in Salonga are criminal, and that in the long run militarized approaches to conservation are likely to do more harm than good.

“This is a battle that can’t be won with guns and guards and things like that,” he said. “It has to be won with a much more proactive and engaged relationship with local communities that provides them with more of a say in the way things are managed and offers them some kind of future rather than continued absolute poverty.”