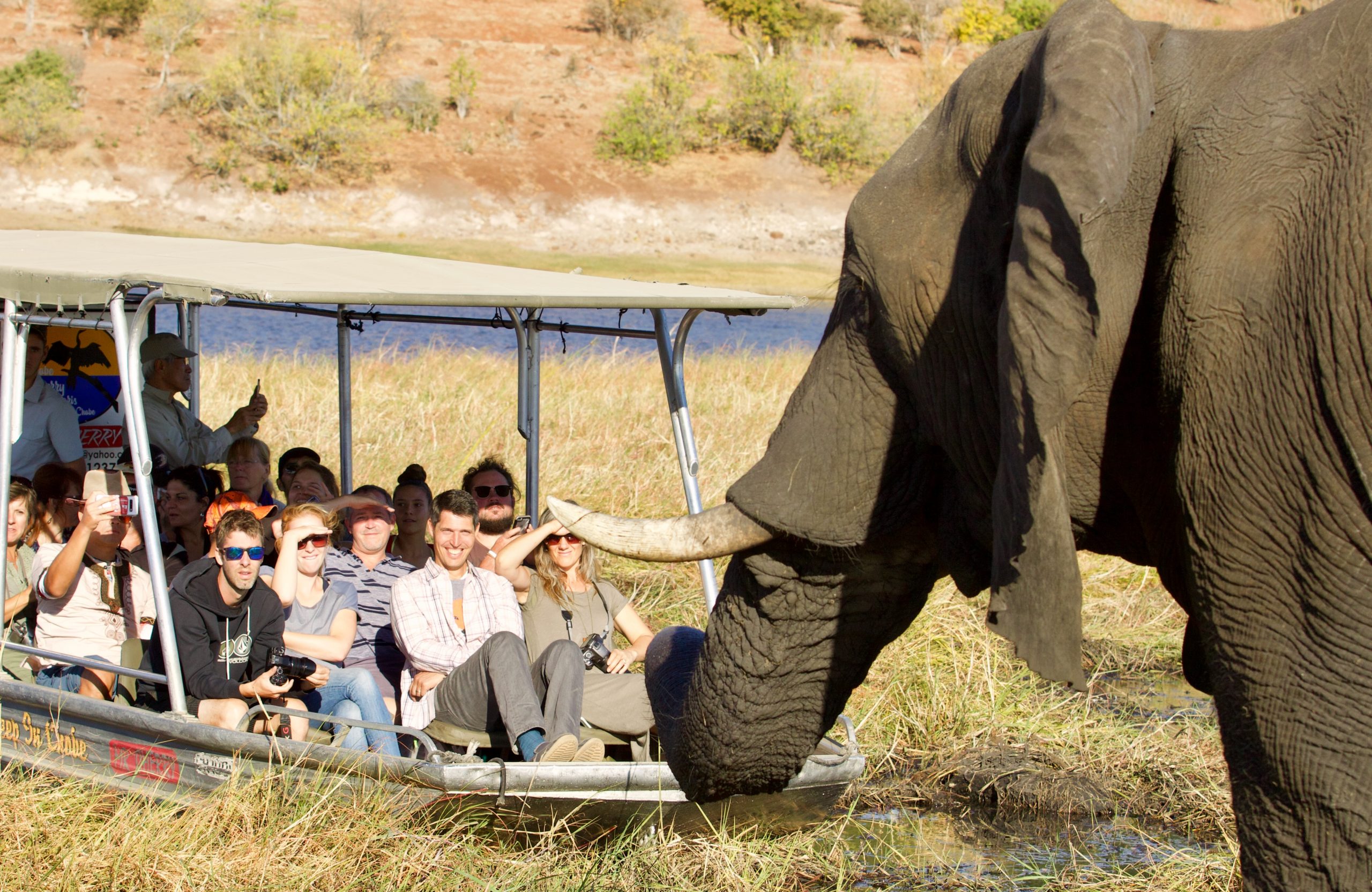 If Botswana is concerned about the livelihoods of impoverished rural communities, it should not kill elephants and trade in ivory

Botswana’s Environment minister, Kitso Mokaila, has claimed that Botswana has too many elephants. According to Mokaila, a reintroduction of elephant hunting and culling is necessary to provide financial benefits to impoverished local communities throughout the northern part of the country where elephants roam.

Furthermore, the minister, openly supported by Botswana’s new president Mokgweetsi Masisi, is lobbying to re-open the international trade in ivory at the upcoming CITES Conference of the Parties (CoP18) to be held in Geneva, Switzerland between the 17th and 28th August 2019.

Botswana is one of four African countries that do not have a total restriction on trading internationally in ivory. The country wants to sell its national ivory stockpile, just like it did in 1999 (to Japan) and in 2008 (to China and Japan). Again, the Botswana government cites financial benefits for rural communities as the main reason for re-opening the international ivory trade.

Mokaila and Masisi are, of course, correct in their assessment that elephants will benefit the livelihoods of rural communities in Botswana. However, where they are wrong is that it is living, rather than dead elephants, which provide those benefits.

The benefits of tourism for community livelihoods

According to the World Travel and Tourism Council’s (WTTC) annual review of the economic impact and social importance of the sector, Botswana’s tourism economy grew to exceed US$2.5 billion in 2018. This is a 70% increase from the proceeds of 2013, which, coincidentally, came the same year the elephant hunting ban was enforced by Masisi’s predecessor, Ian Khama.

Tourism now contributes to nearly one in every seven dollars of the country’s economy. It directly supports 84,000 jobs, or 8.9% of the total employment. A whopping 96% of spending in the economy is generated by leisure visitors and just 4% from business travelers. What’s more, the sector is strongly weighted towards international travel with 73% of spending from international travelers.

Of course, leisure tourists come to Botswana for just one thing – wildlife. And elephants are the number one drawcard.

Luxury lodges throughout the region have sprung up due to the proximity of exceptional elephant and other wildlife viewing. These establishments employ tens of thousands of people, from cleaners and gardeners to safari guides and bus drivers, and almost all come from surrounding rural villages. Some villages, like Maun and Kasane, have boomed into thriving towns thanks entirely to tourism. Both places have international airports with a half a dozen flights a day from Cape Town, Johannesburg and other cities.

The towns support an array of tourism-based cottage industries like curio stalls, craft markets, guest-houses and small safari businesses. Indirectly tourism has been responsible for the growth of supermarkets, restaurants, spas, car rental companies, fuel stations and other related stores. These too employ thousands of Botswanans from the surrounding villages.

One of the most significant contributions of the leisure tourism industry is the employment of women. This is something neither mining nor livestock ranching (the third largest economic sector) adequately fulfils.

According to the UN Resolution adopted by the General Assembly on 25 September 2015: “Poverty eradication is about enabling women to have income security, sustainable livelihoods, access to decent work, and full and productive employment”.

“Women are everywhere in the tourism industry,” says Kasane local, Portia, who runs her own travel agency and curio stand at the entrance to the Chobe National Park. “If you go to the kitchens in the hotels, women are there; to the restaurants and bars, women are there; with the reception, house-keeping and gardening, women are there. Women are multi-taskers, it’s possible for them to run the lodge on their own. We can do it! I’m an example, I am doing it.”

Even in the area of safari guiding, women are beginning to make an impact. Chobe Game Lodge, for example, employs a team of women-only safari guides. Women drive the game vehicles, handle the boats and explain the wonders and intricacies of Botswana’s rich tapestry of wildlife.

Flo is one such guide. She grew up in a village near the Okavango Delta and has an impressive knowledge of Botswana’s wildlife. Elephants are her favourite animals, but she is concerned the opening of hunting and culling will not only be detrimental to the viewing opportunities for tourists, but it will put her and her fellow guides’ employment at risk.

“If the government opens hunting and culling again, tourism will definitely be affected,” she says, “it’s a sensitive industry.”

Flo says she’s been to places where elephants have been hunted. “You don’t see them, she warns, “and if they go ahead with this [culling] there won’t be the sightings the tourists have now. They will stop coming. Without tourism, I think Botswana would be in a very bad place.”

Flo’s fears are well-founded. Since the government voiced its intention to cull and hunt, industry stakeholders have said visitor numbers have taken a hit. Bookings have been cancelled and visitors are turning to countries like Kenya where hunting and culling are prohibited.

Beth, an American tourist visiting the Chobe National Park near Kasane, stated that if she had known beforehand that Botswana was going to open up hunting again, she would not have come.

“I’m going to put my dollars in a place that supports what I believe in,” she said. “And there are a lot of people that are taking strong stances on this.”

Blackie, a barman at Chobe Marina Lodge, is troubled. He firmly believes elephants are key to his family’s future livelihood, but he says: “If we take away elephants, we take away tourism.”

Blackie, who comes from the village of Pandamantenga near Zimbabwe, wants to start his own safari company. He hopes one day to hand it over to his children, but he’s worried about their future. “Without tourism,” he said, “me, my family, my parents, we will have nothing. We will all be poor again.”

Compare tourism with the proceeds of selling a stockpile of ivory. In the 2008 sale, Botswana sold 43 tons of ivory for a total of US$ 7,093,550. These figures, aside from the fact there are zero employment benefits, are insignificant compared to the proceeds of the US$23-billion generated from leisure tourism that has a predicted annual growth of 3,4%.

Why then would Botswana risk a functioning economy for a meagre one-off payment of ivory? The answer may lie with exactly who benefits from the proceeds of the ivory sale. If the proceeds filter down to the hundreds of rural communities throughout northern Botswana, then there is almost no benefit – probably a couple of dollars here and there per individual. However, if we are speaking of a couple of people or a small group of politicians who will benefit, then such a sale makes more sense. Is this the reason Masisi and Mokaila are so keen to start culling elephants?

Living elephants in Botswana are crucial to the country’s economy. The abundant herds are the single biggest reason tourism is such an important growth industry. If Botswana’s government introduces culling and trading in ivory in the name of poverty alleviation, it is likely to achieve the opposite effect.