Elephants have more facial neurons than any other land mammal 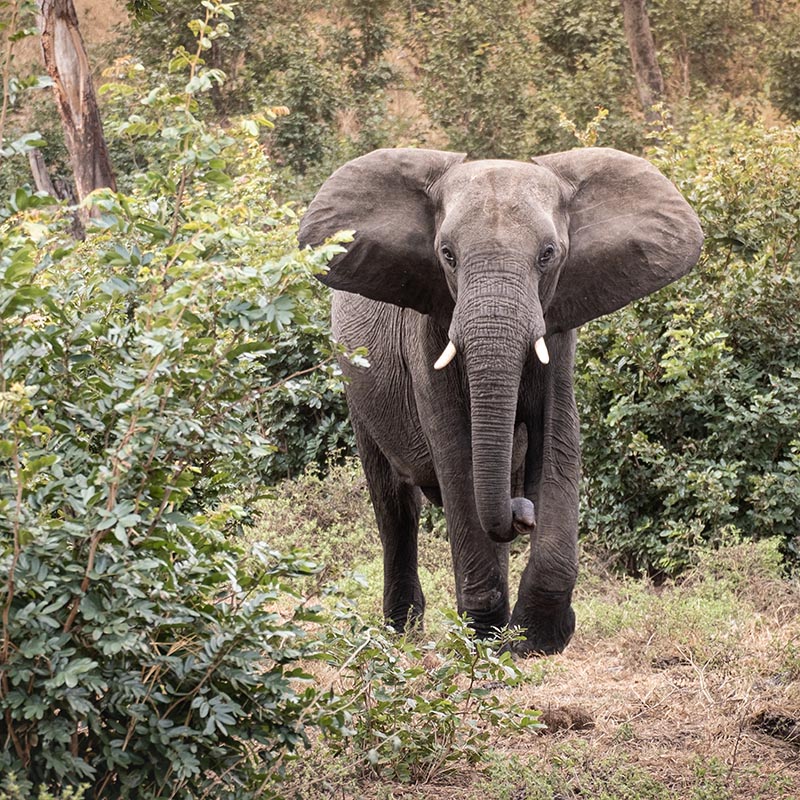 Pachyderms sport more brain cells for their ears alone than humans have for their whole face.

No wonder pachyderms have some of the most expressive trunks and ears on the planet. African elephants (pictured) and Asian elephants have about 63,000 and 54,000 nerve cells, respectively, in their facial nucleus—a grape-size brain region that transmits neural signals to and from the face, controlling its muscles, researchers report today in Science Advances.

Even taking into account the elephant’s large size, that’s about five times more than any other mammal, except for dolphins, which have about 85,000 nerves in that nucleus. (Humans hold a relatively measly 8000 to 9000 nerve cells in their facial nucleus.)

Elephants need that many nerves to help them control the trunk’s 30,000 muscles. (Humans only have about 650 muscles in their whole body.) The prolific wiring allows the pachyderms to pull tree trunks out of the ground or pick up a single leaf, and to drink, store, and spray water.

African elephants have extra brain cells to help them maneuver their larger ears, which males flare out when they’re about to attack a rival—or a land cruiser in their way—and to have fine motor control over two fleshy protrusions at the tip of the trunk that act like tweezers to pick up grass, peanuts, and other small objects.