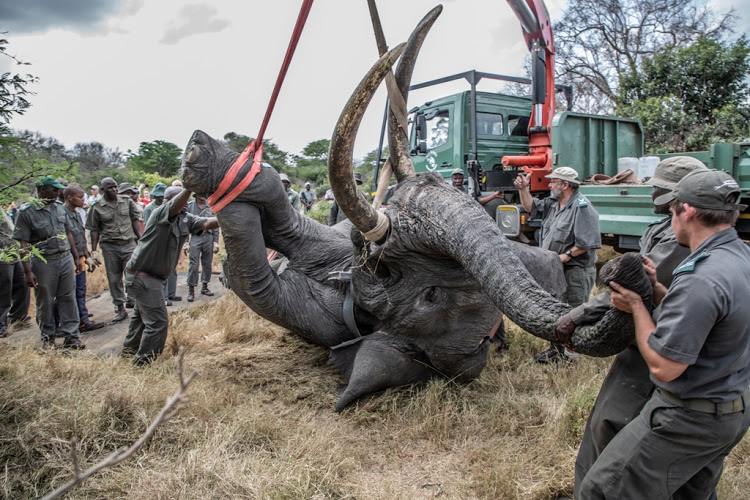 The animals’ lives remain a top priority for the volunteer group that, only a week ago, relocated them to a secure property.

fter a massive collaborative effort to relocate five elephants to a secure private reserve in the Hectorspruit area, the animals regrettably broke through an electrified fence on Saturday evening.

This came after an extensive relocation operation that took place on June 14. Prior to the relocation, the elephants were roaming a number of unsecure farms, putting their lives and those of community members at risk.

This, paired with the risk of vehicles colliding with the animals as they were crossing a number of roads, prompted the relocation.

It is believed that they came from a private reserve south of Hectorspruit, in close proximity to the Kruger National Park.

The elephants were initially moved approximately eight kilometres away to a secure property, managed by the Strauss family and the Eco Ranger Group.

However, after their escape, they found their way back to the neighbouring property from which they were originally relocated.

Dereck Milburn and the Wildlife Emergency Fund, a new organisation specialising in the rescue of animals in Africa that are at imminent risk of danger, worked in close collaboration with elephant translocation expert, Kester Vickery and his team from Conservation Solutions.

Jana Meyer, a specialist wildlife helicopter pilot of Hope for Wildlife Helicopter Services, did some phenomenal work in the air to ensure the elephants were safely darted. Milburn said, “Despite the successful translocation and the monitoring by the rangers on the ground, the elephants managed to break through the electrified perimeter of the reserve where they were released.

“We are now working on alternative solutions to secure them, as their safety and that of the surrounding community is our core priority. Rangers are monitoring them and the Strauss family is working around the clock to secure their lives.”

The initial relocation was put together in approximately 48 hours thanks to combined efforts from as far as Johannesburg and KwaZulu-Natal.

Besides this weekend’s escape, it is safe to say the operation ran smoothly and the Strauss family and the team of volunteers are still confident they can find a permanent solution for the elephants’ safety.

The Mpumalanga Tourism and Parks Agency did its part in providing the necessary permits for the first relocation, and Milburn said they look forward to working with it again to ensure the best outcome for the animals.

“We, as volunteers in this project, remain 100 per cent committed to these gentle giants and finding a solution for them.”