By ELLIOT MULLIGAN FOR THE DAILY MAIL

Importing hunting trophies from lions, rhinos, elephants and polar bears are to be outlawed by one of the world’s toughest bans.

The legislation will sit alongside the Government’s ivory ban and is expected to be introduced in spring next year.

It will apply to imports of trophies from animals including Africa’s ‘Big Five’ – lions, leopards, rhinos, elephants and buffalos.

Ministers claim the ban will be among the toughest in the world and will protect a range of species including nearly 6,000 animals that are currently at risk. 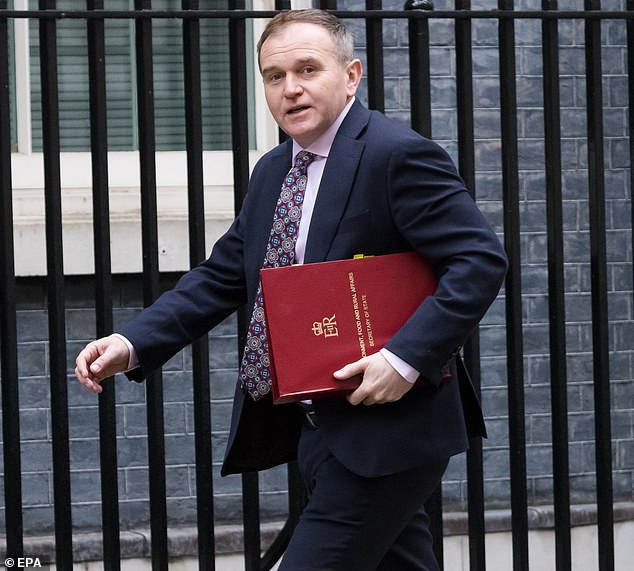 It will also cover more than 1,000 other species which are considered under threat, including the African buffalo, zebra and reindeer.

The trophy is the animal’s head, skin or any other body part that the hunter keeps as a souvenir.

Photos of rich tourists posing with the carcasses of animals they have killed have caused widespread public revulsion.

The Government consulted on a ban in 2019 and received 44,000 responses with 86 per cent supporting further action.

Mr Eustice said: ‘More animal species are now threatened with extinction than ever before and we are appalled at the thought of hunters bringing back trophies and placing more pressure on some of our most iconic and endangered animals. 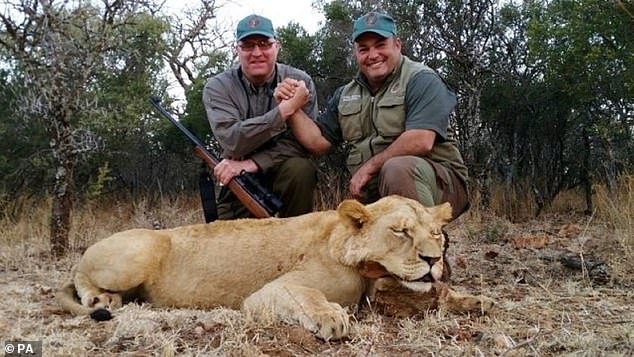 ‘This would be one of the toughest bans in the world… meaning we will be leading the way in protecting endangered animals.’

Worldwide some 1.7million trophies were legally traded between 2004-14. Around 200,000 were from threatened species.

Of these, 2,500 were brought home by British hunters.

Eduardo Goncalves, founder of the Campaign to Ban Trophy Hunting, said: ‘Endangered animals are cruelly and needlessly killed every day.

‘I urge the Government to bring the bill to Parliament as soon as possible, and will be asking MPs and peers to get behind it.’