Ivory trade suspects to be detained for 2 months (Kenya) 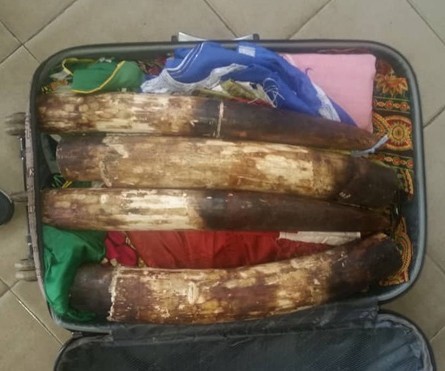 By Kelvin Karani, The Standard

Two suspects charged with trafficking ivory valued at Sh850,000 will spend 60 days in custody after the State was granted permission to extend investigations to Uganda.

The suspects denied the charges of trafficking and dealing in wildlife trophies of an endangered species. The case will be mentioned on June 3 while a pre-trial was set for July 3.

Detectives believe the men, who were allegedly arrested with the ivory in Mombasa last week after arriving by bus from Busia, obtained the trophies in Uganda.

The elephant tusks were discovered concealed in white 50kg sacks containing dry maize, according to police.

Prosecution Counsel Wangari Mwaura asked the court not to release the men on bond or bail pending conclusion of the case.

Ms Mwaura said the suspects were from the border town of Mandera and therefore were a flight risk.