No rest for new elephant mothers 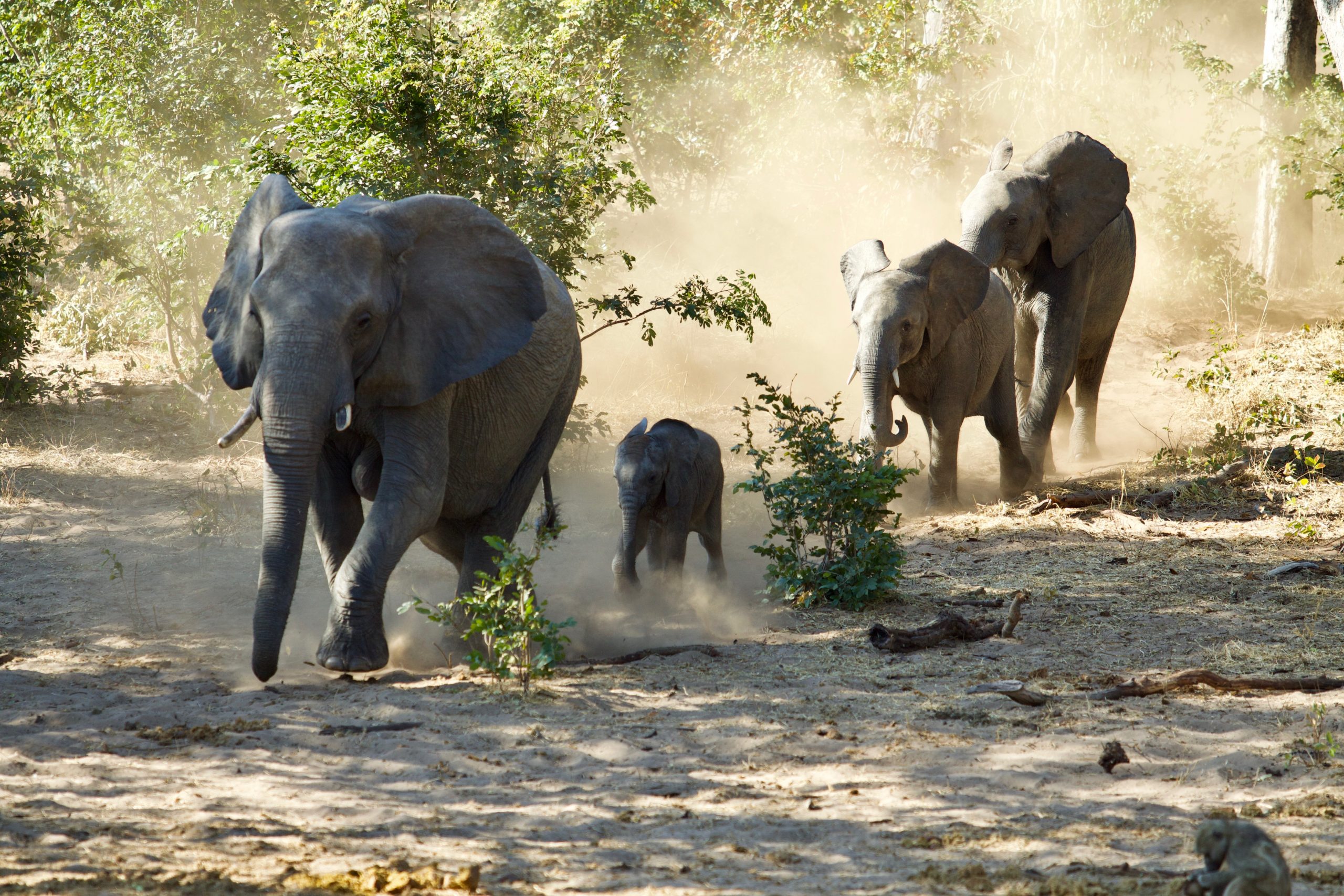 Elephant herds do not slow down for mothers who’ve just given birth, according to new research from an international team led by researchers from the University of Oxford, in collaboration with Save the Elephants.

Elephants need to keep moving in order to find the amount of food and water they need to survive, but how do families manage with new babies? The secret lies with the 22-month gestation period, that sees mature baby elephants emerge from the womb able to keep up with the family from the day they’re born.

The findings, published today in Animal Behaviour, show the average daily speed of the mother did not significantly change during pregnancy, birth and when moving with a newborn calf, except for a small dip in daily speed on the day of birth itself. In fact, the speed on the day before the elephant gave birth and the day after (i.e. the first complete day of the calf’s life) were not different from the yearly average speed.

Researchers from the University of Oxford, who conducted the study in collaboration with Save the Elephants, describe the findings as ‘remarkable.” The study—the first of its kind—gives rare insight into how pregnancy, birth and newborn calves impact the movements of African savannah elephants (Loxodonta africana) and further demonstrates the strength and resilience of female elephants.

Elephants live in strongly bonded, female-led (matriarchal) herds. Alongside the mother, other elephants (usually aunts) help to rear and protect calves. However, different elephants in a herd can be pregnant and give birth at different times. This asynchrony means elephants have to balance different needs and pressures between members of the herd.

To find out how these factors affect a herd’s movements, Save the Elephants fitted GPS tracking collars to pregnant elephants. The tracking technology, pioneered by Save the Elephants, is an important tool for monitoring elephant movement and behavior, and works in a similar way to a smartwatch tracking a walk or a run. The age of baby elephants was estimated by size and appearance.

The scientists then brought all this data together to calculate whether the speed of the mother changed before, during, and after birth.

“We speculate that this ability ‘to keep up’ may underpin why elephants have the longest gestation period [pregnancy] of any mammal in order to facilitate an advanced state of fetal physical development, and may have evolved to help elephant herds stay together,” says the lead author, Dr. Lucy Taylor from the University of Oxford.

“I find it remarkable that female elephants are pregnant for 22 months, give birth and then are capable of carrying on almost straight away. Even the oldest female in a family herd, the matriarch, can still give birth and lead the group, which I consider to be another demonstration of the strength and resilience of female elephants,” says Dr. Taylor.

“Elephants of various species once roamed every continent on earth. Sociability and shared experience are likely major factors that allow African savannah elephants to thrive in such a wide range of habitats. Keeping up with the herd from the moment of birth also allows the babies to benefit from protection against predators at a vulnerable stage,” says Dr. Iain Douglas-Hamilton, founder of Save the Elephants.