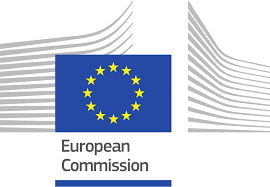 What are the international and EU rules on ivory trade?

International ivory trade is banned under the Convention on International Trade in Endangered Species (CITES), with narrowly defined exemptions, for example for items acquired before elephants became protected under CITES.

EU rules on ivory trade are more restrictive than the CITES regime in many instances, notably as they regulate domestic trade in ivory (within and between Member States), which is not required under CITES. Trade in elephant ivory to, within and from the EU for commercial purposes is therefore prohibited in general. It is only permitted under strict conditions for certain objects and types of trade where the risk of contributing to poaching and illegal trade is very low or non-existent. These exemptions are listed in the revised Guidance on ivory trade published today, which aims to assist EU countries in applying the EU rules that regulate ivory trade.

Why is the EU revising rules on ivory trade?

The revised Guidance on the EU regime on ivory trade complements the existing measures under the EU wildlife trade regulations, and helps EU countries, citizens and businesses fully understand and apply the rules concerning ivory trade. It also sends a clear message to the world that international trade in ivory cannot continue as any other trade.

What are the rules on re-exporting ivory from the EU to other countries?

Re-export of ivory from the EU is not authorised except in very few cases. Raw ivory can only be re-exported to non-EU countries for non-commercial purposes, for example as part of a cultural exchange between museums or as part of a household move. As regards ‘worked’ ivory objects, i.e. ivory that has been embellished, carved, marked, or otherwise altered so that it can no longer be considered raw, only pre-1975 musical instruments, and antiques (dating from before 1947) if sold to museums, can be exported under strict conditions. These are the same categories of worked-ivory objects that can be traded within the EU with a permit delivered by Member States’ authorities.

What are the rules for importing ivory into the EU?

Import of ivory is prohibited, except for very narrow exemptions. It is only permitted under strict conditions for pre-1975 musical instruments, and for antiques (artefacts from before 1947) if sold to a museum. Hunting trophies can be brought into the EU only if they were obtained legally and are for personal use. Individuals who own legally acquired raw ivory, such as a tusk obtained as a trophy, can continue to keep it. In both cases, it is not legal to sell them.

Who has been consulted on the new rules?

In January 2021 the Commission put forward a proposal to amend the rules on ivory trade after thorough consultations with Member States and stakeholders which included a public consultation attracting more than 90,000 responses.

The draft Commission regulation and guidance were open for final public feedback. Following the public feedback and before adoption by the Commission, the proposal for the Regulation was subject to the opinion of the Committee on Trade in Wild Fauna and Flora and to scrutiny by the Council and the European Parliament.