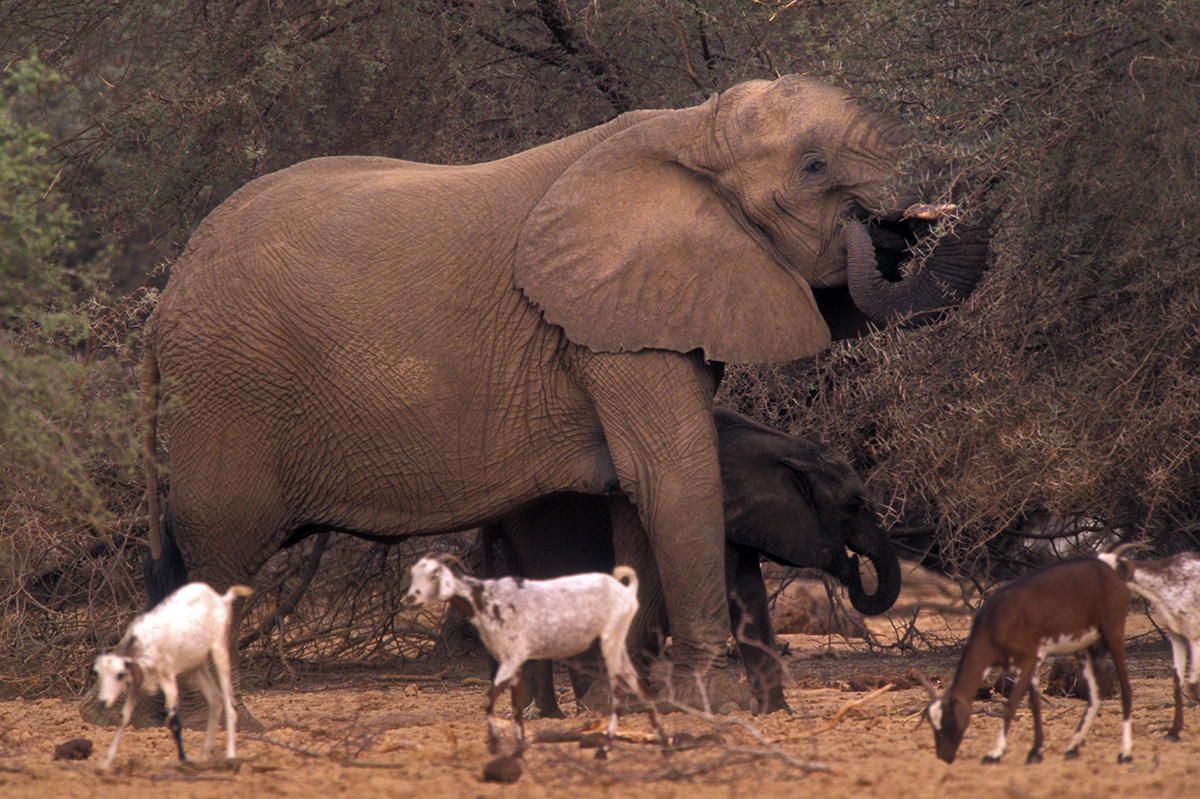 On rangelands worldwide, cattle interact with many forms of biodiversity, most obviously with vegetation and other large herbivores. Since 1995, we have been manipulating the presence of cattle, mesoherbivores, and megaherbivores (elephants and giraffes) in a series of eighteen 4-ha (10-acre) plots at the Kenya Long-term Exclosure Experiment. We recently (2013) crossed these treatments with small-scale controlled burns. These replicated experimental treatments simulate different land management practices. We seek to disentangle the complex relationships between livestock and biodiversity in a biome where worldwide, uneasy coexistence is the norm. Here, we synthesize more than 20 yr of data to address three central questions about the potentially unique role of cattle in savanna ecology: 1) To what extent do cattle and wild herbivores compete with or facilitate each other? 2) Are the effects of cattle on vegetation similar to those of wildlife, or do cattle have unique effects? 3) What effects do cattle and commercial cattle management have on other savanna organisms? We found that 1) Cattle compete at least as strongly with browsers as grazers, and wildlife compete with cattle, although these negative effects are mitigated by cryptic herbivores (rodents), rainfall, fire, and elephants. 2) Cattle effects on herbaceous vegetation (composition, productivity) are similar to those of the rich mixture of ungulates they replace, differing mainly due to the greater densities of cattle. In contrast, cattle, wild mesoherbivores, and megaherbivores have strongly guild-specific effects on woody vegetation. 3) Both cattle and wild ungulates regulate cascades to other consumers, notably termites, rodents, and disease vectors (ticks and fleas) and pathogens. Overall, cattle management, at moderate stocking densities, can be compatible with the maintenance of considerable native biodiversity, although reducing livestock to these densities in African rangelands is a major challenge.