Six in for possession of tusks, zebra skin (Namibia) 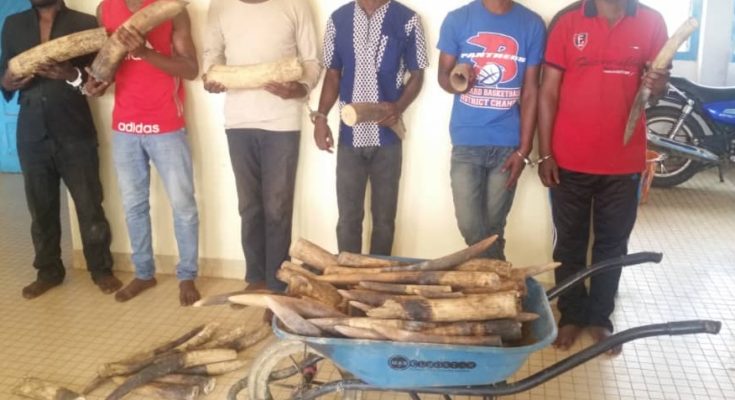 Six suspected poachers were arrested in Zambezi region after they were found in possession of four elephant tusks, two elephant tails and one zebra skin yesterday.

Zambezi police regional commander commissioner Karel Theron confirmed the arrest during a media briefing yesterday and said they had also arrested the owner of two rifles that the men had at the time of their arrest in the Kongola area during a joint operation between the police and environment officials.

“The suspects are all men. A Namibian and an Angolan are both known to us as they are repeat offenders of wildlife crimes, while the other four are Zambians. We suspect that the elephants were recently shot in Botswana. They also poached a zebra,” he noted.

Theron urged people to stop committing crimes and focus on personal growth or the development of the country.

The suspects are expected to appear in the Katima Mulilo Magistrate’s Court today.