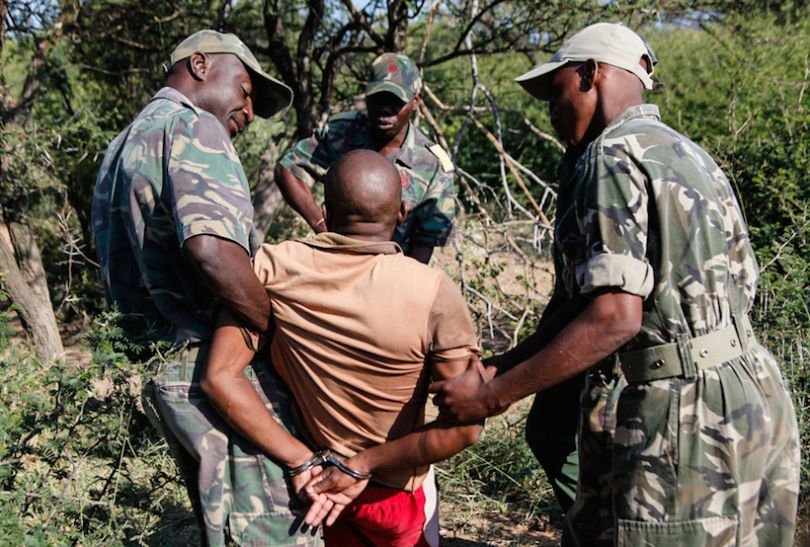 A member of the Namibian Defence Force (NDF) has been killed by poachers in the Bwabwata National Park.

A helicopter on patrol in the Etosha National Park was also shot at by poachers on the same day.

Confirming the incidents, which happened on 16 March, defence minister Penda Ya Ndakolo said this week poachers had declared war on the police, NDF and the anti-poaching unit.

Ya Ndakolo said poachers have become more aggressive and violent.

“On 16 March this year an NDF helicopter conducting an air patrol in pursuit of poachers was shot at in the Etosha National Park; fortunately it was missed and there were no casualties. Again on the same day, we sadly lost a member who was shot and killed by poachers in the Bwabwata National Park,” Ya Ndakolo said.

“The ministry of defence wants to make it categorically clear that these hostile actions targeting NDF members will not be tolerated under whatever circumstances.”

Ya Ndakolo added in December last year there was also an exchange of fire between NDF members and poachers in Bwabwata, but there were no fatalities.

“Since December last year poachers appear to have adopted new tactics and operating methods that escalated poaching activities in national parks. Situations in the national parks have now deteriorated, as we have noted with sadness the increasing incidents of exchange of fire with poachers.

“All these incidents, coupled with sophisticated methods and tactics currently adopted by poachers to destroy our wildlife, are sending clear messages to our government that poachers are serious.

“In this regard the ministry of defence wants to warn poachers and individuals with the intention to attack soldiers that the NDF will respond appropriately, with the necessary action against any act of hostility, especially from poachers and their masters,” Ya Ndakolo said.

He urged members of the public to cooperate with anti-poaching forces, in order to protect the country’s wildlife, which is important for the economy.

He said since the defence force started supporting the anti-poaching unit in 2017, NDF members have made considerable efforts, and have positively contributed to the reduction of poaching activities in national parks, private farms and conservancies.

He said a number of rhino horns and elephant tusks were seized and more than 100 suspected poachers were arrested, while dozens of weapons and ammunition were confiscated.