The Secret to an Elephant’s Trunk Is Skin Deep 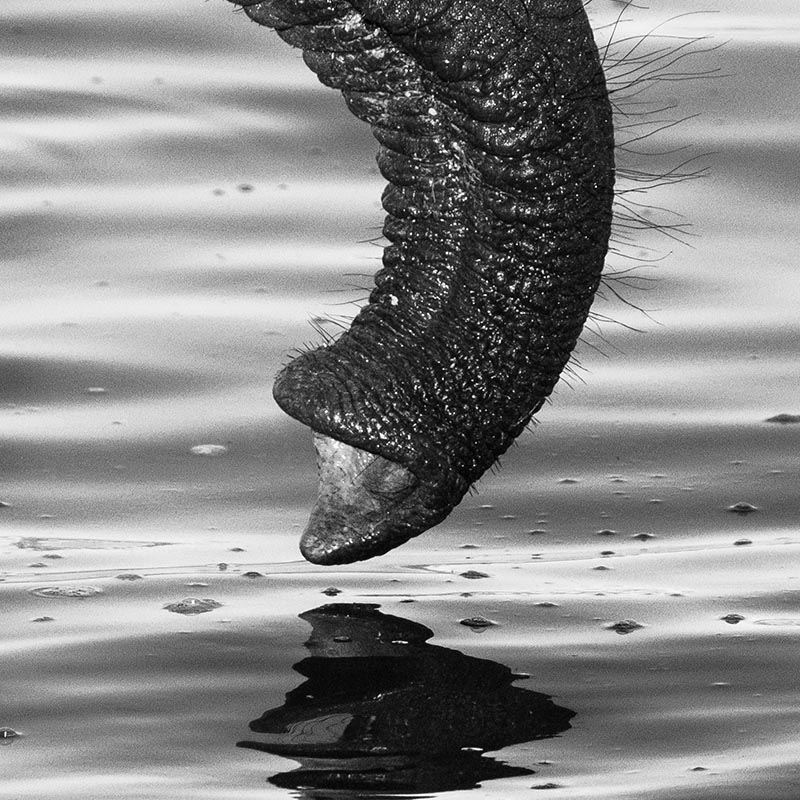 The elephant has a secret hiding right on its nose.

Its famous trunk, full of muscle and devoid of bone, can move in a virtually infinite number of directions and is capable of performing an array of tasks, such as tearing up foliage and suctioning up water and tortilla chips. These abilities have inspired nature lovers as well as engineers working to build robots capable of similar feats of flexibility and force.

But the trunk is more than mere muscle, and its abilities may also depend on something obvious but often ignored: the appendage’s skin.

In a study published on Monday in The Proceedings of the National Academy of Sciences, researchers report that because of key differences in the pliability of the skin in different zones, an elephant’s trunk stretches more at the topside that faces outward than at the underside closer to the mouth.

The trunk is “a muscular multitool that can do all these things, but one of the tools that it has in its back pocket is all of this different skin,” said Andrew Schulz, a doctoral student in mechanical engineering at the Georgia Institute of Technology and an author of the new study.

As part of a continuing collaboration with Zoo Atlanta, Mr. Schulz and his colleagues challenged two African elephants — one male and one female — to horizontally elongate their trunks to grab food placed far away.

The simplicity of this reaching movement belies the complexity of what the trunk needs to do.

When viewed on a high-speed camera, the elephant trunk does not stretch uniformly as do other muscular appendages, such as octopus arms or your tongue. Instead, the trunk telescopes outward, with the tip extending first, followed by the front half of the trunk.

The researchers hypothesize this telescoping behavior may be more energy efficient than moving the entire trunk. If the trunk were divided into quarters, there is about one liter of muscle at the tip but a whopping 22 liters of muscle at the base, which would be heavy and energy intensive if the movement were more uniform.

And with even more detailed analysis, the researchers noticed “weird asymmetries popping up everywhere, like things were different on the top and the bottom,” Mr. Schulz said. As the elephant trunk elongated, the outward-facing half was stretching 15 percent farther than the half facing the ground was.

“I still remember literally running to my adviser’s office being an idiot with my laptop in my hand to show him some of these results because it’s so surprising,” Mr. Schulz said.

Initially, the researchers thought this top-bottom difference in trunk stretching was an error, but further mechanical testing put those doubts to rest.

When they stretched out skin samples taken from a frozen trunk that was preserved from an elephant that died at a zoo, the researchers found the skin at the top of the trunk, with its long folds, was 15 percent more pliable than the wrinkle-covered skin from the bottom of the trunk.

These different features correspond to the distinct functions that the skin provides. The upper surface of an elephant’s trunk needs protection from the sun as well as from other animals, and it has this “flexible armor like Kevlar that has these deep folds that are really, really easily extendable,” Mr. Schulz said. By contrast, the underside of the trunk is covered in smaller wrinkles and used for gripping and moving objects but rarely sees the light of day.

The new study is a good reminder of “the involvement of the skin itself in biomechanics,” said Michel Milinkovitch, a professor at the University of Geneva who has conducted research into the biomechanical complexity of elephant trunks.

For engineers taking inspiration from elephants, it is essential to realize that they should not only focus on their robots’ motors and other internal materials but also think about “playing with the geometry of the wrapping,” said Dr. Milinkovitch, who was not involved in the study. “Nobody has really yet incorporated this in actual robots,” he added.

While the research uncovers new possibilities for future robots that more accurately mimic the powers of the elephant’s trunk, it also underscores the importance of conservation of the endangered species that best knows how to wield these wondrous instruments.

“Bioinspiration is great until none of the animals exist that we are gaining bioinspiration from,” Mr. Schulz said.