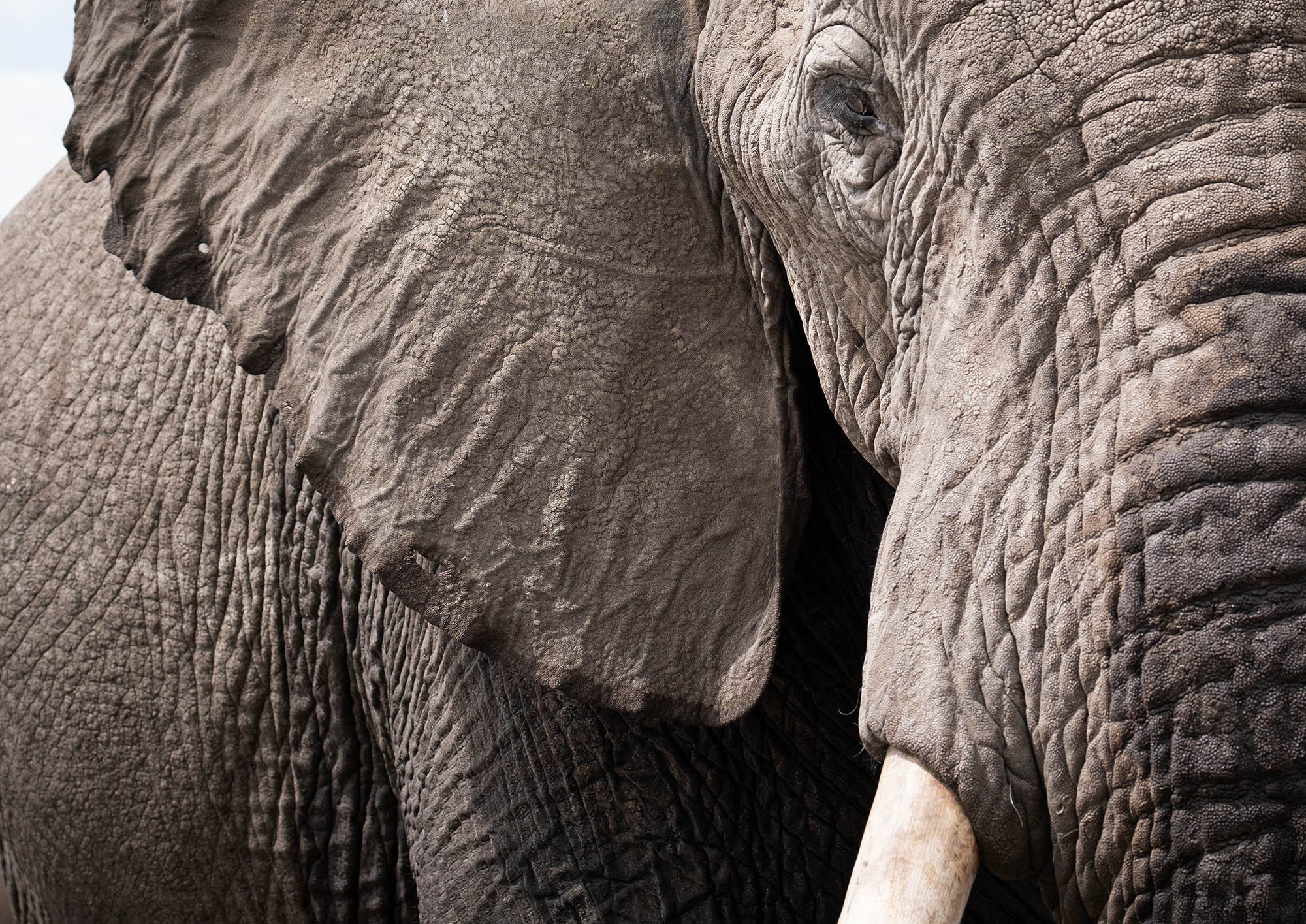 Every morning, Valerie Mukamazimpaka, a businesswoman selling various food products from Rubavu, a district in Northwestern Rwanda, wakes up early morning to cross “Petite Barrière,” one of the busiest border crossings with the neighboring Democratic Republic of Congo (DRC).

The mother of three takes advantage of the ‘Jeton,’ a daily authorization paper allowing individuals to move within the municipal limits of the border towns of Rubavu, Rwanda, and the frenetic city of Goma from North Kivu Province in the eastern part of DRC.

All day long, a constant stream of trade crisscrosses between the two countries, with people like Mukamazimpaka carrying bags of fruits, vegetables, and other products for business purposes on their backs or heads.

With over 55,000 legal crossings daily, “Petite Barrière” is described as the busiest land border between Rwanda and DR Congo under the strict supervision of law enforcement officers and customer agents whose duties primarily investigate and apprehend suspected smugglers.

“There are villagers around here who are sometimes forced to use porous entry points to avoid the risk of detection and apprehension because of moving smuggled goods such as ivory tusks mixed with other business commodities,” she told IPS.

In these remote villages across the transborder region, the modus operandi of ivory tusks smugglers is diverse. While some traffickers that smuggle ivory often deal in other illegal goods. Other highly sophisticated networks use social media platforms for advertising wildlife products online and finding buyers in their target market abroad.

While large-scale illegal wildlife crime is not prominent in Rwanda, conservation experts observe that Rwanda is a strategically relevant country in the illicit trade of wildlife products because it is nestled between several important sources, transit, and destination countries.

The use of social media has allowed smugglers of wildlife products to expand their network’s reach using Rwanda as a transit route, experts say.

According to Rwanda Wildlife Conservation Association, because the illegal wildlife trade, such as in ivory tusks, constantly evolves, the country needs law enforcement capacity building for police, customs, and judiciary personnel. It is also crucial that a national database for wildlife crime cases is set up and local communities are made aware of the penalties for wildlife crime.

According to Dr Thierry Murangira, RIB Spokesperson, the suspects were caught while using Rwanda as a transit country to smuggle 45 kilograms of ivory from the DRC to Asian countries.

The ring of smugglers had been using Facebook to connect with their accomplices who were still at large on the other side of the border. The case exposed that smuggling syndicates are now utilizing media platforms as an intermediate tool to connect buyers from Asia and buyers from DRC as the primary source market.

During a field investigation conducted on a freezing cold evening in Busasamana, a remote village from Rubavu, a district located at the border with the DRC, this reporter spotted residents who disguised themselves as farmers while waiting impatiently for potential customers looking to move goods using porous routes in their illegal cross-border trade to Rwanda.

A trader, who identified himself as Habanabakize, says his business is transporting goods on his wheelbarrow and moving smuggled goods to survive.

Investigations conducted by this reporter have demonstrated the role of social media platforms as a means for smugglers to connect and use locals to move ivory tusks across the border.

“People here are sometimes forced to take increasingly hazardous paths to cross the border because they are looking to make a living,” Habanabakize told IPS in an interview.

Across these transborder areas, organized wildlife smuggling is severely threatening the survival of some of the most threatened species, including elephant ivory from Eastern DRC, where smugglers use technology to control their business remotely, according to the latest report by TRAFFIC, an international organization engaged in the fight against wildlife trade.

One of the investigations conducted by this reporter found that despite efforts by local administrative officials, customers, and border patrol agents in chasing smugglers, individuals engaged in this highly profitable illegal business use any online tools available to them.

This helps them connect with wildlife hunters and their informants on the other side of the border before engaging with potential customers through social media and chat rooms to sell elephant tusks, the typical commodity being illegally trafficked to consumers, particulars from parts of Asia.

Most criminal syndicates rely on established methods such as placement and laundering of funds through formal financial institutions, which are undertaken through various online payment methods.

According to Rwanda’s National Public Prosecutor Authority (NPPA), money launderers, who play a significant role in the illegal wildlife trade, use smart techniques and utilize complex sequences of banking transfers or commercial transactions, which cannot be easily detected or traced.

With the establishment of the FIC in August 2020, financial institutions in the country can now submit suspicious transaction reports to the center, which also has the authority to exchange information with its peers from other countries.

Through this regional partnership, Rwanda and Kenya signed an agreement of cooperation in July this year, focusing on areas of information sharing about money laundering.

In many countries across the East African region, including Rwanda, conservation experts believe that the rise of e-commerce has made illegal wildlife trade online more hidden and more difficult to track and monitor.

East Africa’s judicial and procuratorial organs stepped up efforts in March to deepen their cross-border collaboration on ‘asset recovery’ – taking back the proceeds of wildlife crime and ending the money laundering that allows ill-gotten gains to be used for profitable investments. According to Paul Kadushi, Director, Asset Forfeiture, Transnational and Specialized Crimes Division, National Prosecutions Service of Tanzania, wildlife crime is leading to the proliferation of guns in the region.

During the investigation, the writer asked to join one of the Facebook buy/sell groups that focus on selling a wide array of items, with among products available for purchase sellers claimed were ivory.

After placing an order for ivory tusks on Facebook, the writer was prompted to a separate online form requesting him to fill in contact details, including phone number, and he was asked to pay with Mobile Money. The writer did not proceed.

However, a few minutes later, the writer received a call from an anonymous number introducing himself as an agent from a registered company without elaborating on the name of the business and address location.

Conservation experts believe that today’s trade of wildlife products across the East African region has shifted from physical markets to online marketplaces where traffickers apply e-commerce business models and use encrypted messages to evade detection by law enforcement.

“By their organization, they are very highly sophisticated criminal networks, and they are very difficult to detect, and a lot of it is being sold over the internet now,” said Dr Katherine Chase Snow, founder of Gaia Morgan group, a US-based non-profit conservation intelligence consultancy.

The latest report released by the Convention on International Trade in Endangered Species of Wild Fauna and Flora (CITES) shows that the increased involvement of organized crime groups has changed the dynamics needed to address wildlife crime, especially across the East African region.

Reports show that the Internet has become a prime outlet to advertise and arrange sales, including of wildlife specimens, both legally and illegally.

A TRAFFIC report released in July 2020 indicated that 8,508 ivory items, from elephant tusks to jewelry and decorative items, were posted for sale on 1,559 Facebook and Instagram accounts in major countries across Asia in 2016.

According to Rwanda Investigation Bureau (RIB), most smugglers now use social media to find new ways to connect with potential customers and hide their real identities from the police.

Gaining access to a vast international marketplace and following the same routes as other crimes such as drugs and weapons smuggling, wildlife trafficking is rising 5% to 7% annually, it said.

Andrew McVey, climate advisor at World Wildlife Fund (WWF), stresses the need to have a greater public perception that wildlife crime is actually a serious and organized crime.

“Online advertising has been the main tactic used by wildlife traffickers, but still, Governments need to do more routine surveillance of the internet,” McVey said.

Fidele Ruzigandekwe, the Deputy Executive Secretary for Programs at the Rwandan-based Greater Virunga Transboundary Collaboration (GVTC), observes in an interview that current efforts to combat wildlife crime should not solely be linked to anti-poaching and law enforcement activities in each specific country across the region.

GVTC is an interstate collaboration toward sustainable conservation in the Virunga landscape, which stretches along the borders of Rwanda, Uganda, and the Democratic Republic of the Congo (DRC).

“There is a need for transborder consultation between relevant organs within the partner states to crackdown illegal wildlife crimes that are now relying on sophisticated technologies,” Ruzigandekwe said.