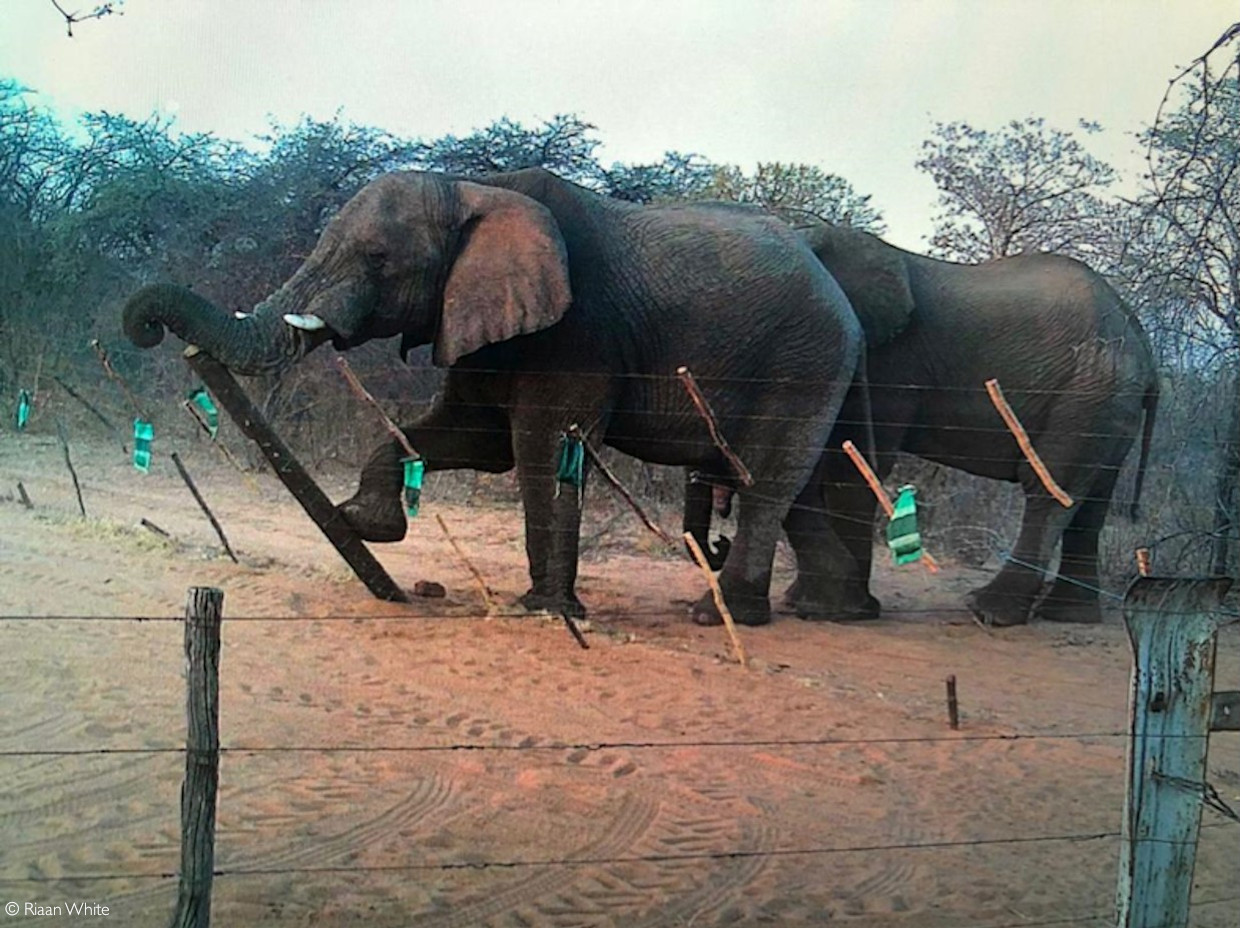 By Yves Ducrot – The Ritz Herald

Human-wildlife conflict is a central issue in the conservation sciences. Whether it is reintroducing wolves into key ecosystems of the southwestern U.S.—which is having an impact on livestock and cattle ranchers—or the ongoing challenge of elephants living alongside communities on the African savannah, the effects of this conflict on people’s livelihoods can be significant. In African landscapes where growing human and elephant populations compete over limited resources, for example, human-elephant conflict causes crop loss and may even result in human injury and death and subsequent retaliatory killing of wildlife.

Despite all that is known about the challenges of human-wildlife conflict, however, measuring its impact on human livelihoods is complicated. An international team of researchers, including Northern Arizona University professor Duan Biggs, spent three years investigating the dynamics between wildlife, people and the environment across the Kavango Zambezi Transfrontier Conservation Area, the world’s largest terrestrial transboundary conservation area, extending across five African countries.

The goals of the project were to identify the socioecological conditions and patterns that affect household and community vulnerability and to determine leverage points that may aid in mitigating how land-use decisions and land-cover change affect vulnerability in the Kavango Zambezi Transfrontier Conservation Area in southern Africa. The investigators combined household surveys and participatory mapping to characterize how indicators of vulnerability shape smallholders’ land use decisions. They integrated data on the environment, market factors, government policy and subsidies, culture and ethnicity and the presence and intervention of non-governmental organizations with remotely sensed imagery to compare trajectories of land-use and land-cover change with underlying socioecological drivers. By advancing the understanding of vulnerability, this research identifies how vulnerability influences and is affected by socioeconomic and biophysical drivers at multiple scales.

“The project as a whole is focused on understanding human vulnerability and adaptive capacity in the context of environmental change,” Salerno said. “Taking a systems-level view of this problem is important because we’re studying human vulnerability, which can be defined and impacted by many different things.”

Another important finding of the study was that the people within these affected communities have the adaptive capacity to gather food resources and buffer the impacts of elephant conflict and short rain seasons. Although the individual communities may be resilient, larger institutions such as governments and aid organizations are not currently sufficiently supporting effective risk mitigation or risk reduction strategies for households. The team also advocates that in addition to habitat protection, there need to be appropriate resources and funding put toward human-wildlife conflict mitigation programs to support the conservation of African savannah elephants.

Biggs was born and raised in southern Africa and has worked extensively on community engagement for conservation and human-wildlife conflict. He contributed his experience from the region and social-ecological expertise to the study.

“Our findings highlighting the dependence of both humans and elephants on the same resources, especially during drought, shows that we need to tackle the challenge of human-elephant co-existence and local adaptations to climatic change simultaneously,” Biggs said.

Biggs, who joined NAU in 2021 as the Charles Olajos and Ted Goslow Chair for Southwestern Environmental Science and Policy in the School of Earth and Sustainability, is an internationally recognized leader in wildlife conservation and is the founder of Resilient Conservation, a group of researchers working actively at the interface of science, policy and practice to enable innovative conservation outcomes in our fast-changing, multicultural world. He focuses on developing partnerships between researchers and non-governmental organizations (NGOs), governments and the private sector to conduct science that informs the development of conservation actions and policies.