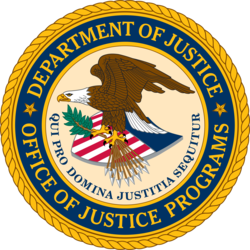 man accused of trying to traffic millions of dollars worth of elephant ivory and rhinoceros horns, both sourced from endangered species, was sentenced to prison, federal prosecutors said.

Amara Cherif, a 57-year-old from Guinea, was a member of an international criminal enterprise based in East Africa that operated a “large-scale” smuggling operation, according to a Dec. 14 press release from the U.S. Attorney’s Office for the Southern District of New York.

Between 2012 and 2019, Cherif and his associates attempted to transport about 10 tons of ivory and over 400 pounds of horns from Africa to buyers in the U.S. and Asia, violating several U.S. laws and international treaties, prosecutors said.

An attorney for Cherif could not immediately be reached for comment by McClatchy News.

Over 100 elephants and 35 rhinos are estimated to have been poached based on the weight of the horns and ivory, prosecutors said.

The estimated retail value of the goods involved in the operation was about $7.4 million, according to prosecutors. Clients paid Cherif through international wire transfers.

At least one shipment was intended to be delivered to a buyer in Manhattan, prosecutors said. It was intercepted by law enforcement agents in 2018.

Two of his co-conspirators were previously arrested and have also pleaded guilty to conspiracy to commit wildlife trafficking, prosecutors said. Cherif and his co-conspirators decided that “profit was more important than the protected wildlife and natural resources that they chose to traffic, and two endangered species suffered because of that repugnant decision,” U.S. Attorney Damian Williams said in the release.

In recent years, the poaching of elephants and rhinos has declined, and their ivory and horns no longer fetch the same steep prices, suggesting “current supplies exceed demand,” according to a United Nations report.