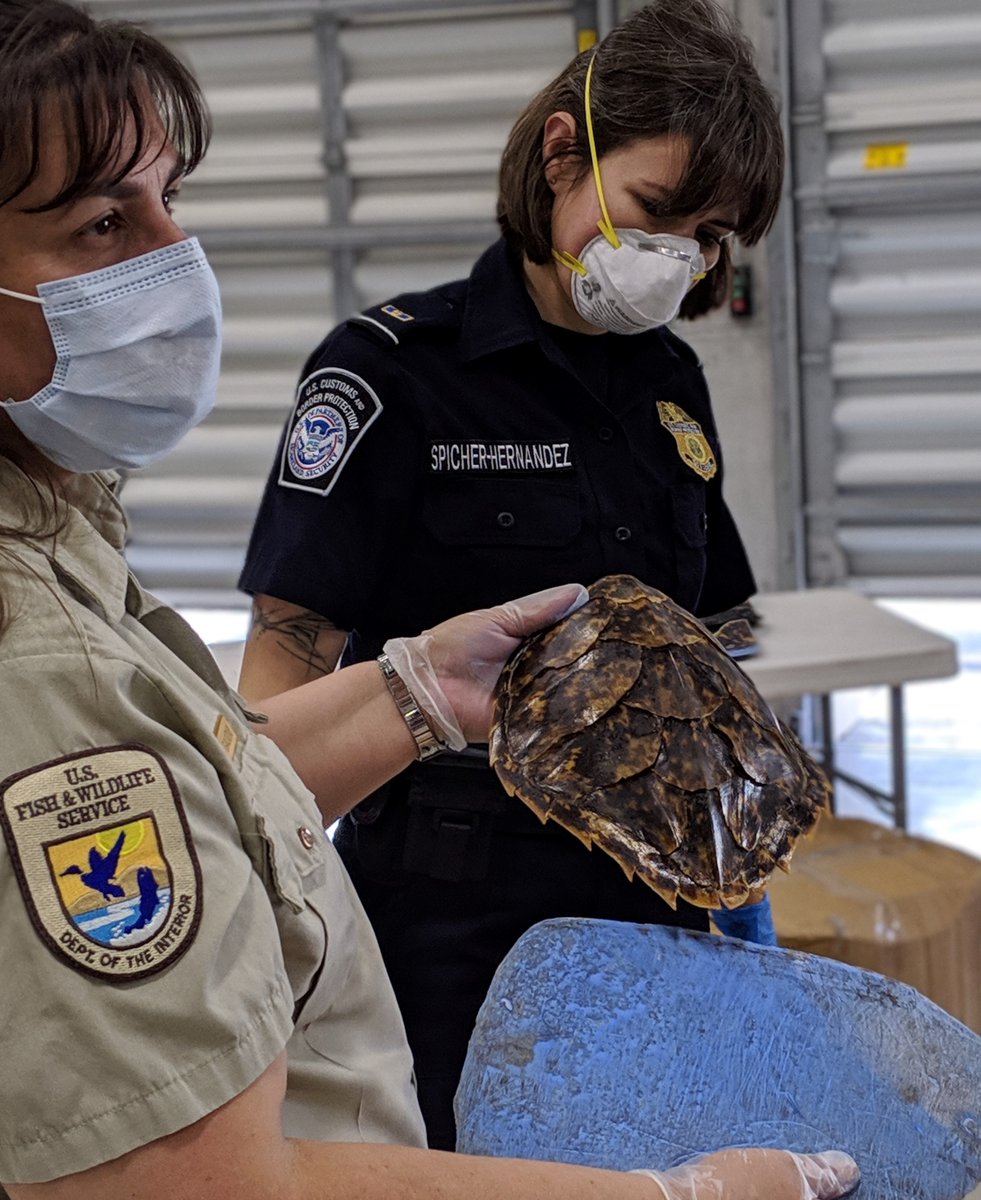 While searching the baggage of a traveler arriving from Ghana on Jan. 15, CBP officers found two crocodile skin handbags and belt. After a USFWS inspector confirmed that the items were indeed made from a crocodile, which is a protected endangered species, CBP seized the items.

On Jan. 30, CBP agriculture specialists found an ivory necklace in the baggage of a traveler who had arrived from Ghana. USFWS confirmed the necklace was ivory. Trafficking in illegal ivory remains an enforcement priority of The Convention on International Trade in Endangered Species of Wild Fauna and Flora (CITES).

After a detector dog alerted to quince fruit in the baggage of a U.S. citizen traveler arriving from Istanbul, Turkey on Feb. 12, CBP agriculture specialists discovered leeches. After consulting with USFWS wildlife inspectors, the CBP learned Wednesday that the importation of the leeches violates CITES and the Endangered Species Act.

“Customs and Border Protection will continue to work side-by-side with our Fish and Wildlife Service partners to intercept the illicit trade in internationally protected animals and products manufactured from the unnecessary and illegal slaughter of endangered animal species,” said Keith Fleming, acting director of Field Operations for CBP’s Baltimore Field Office, in a release.