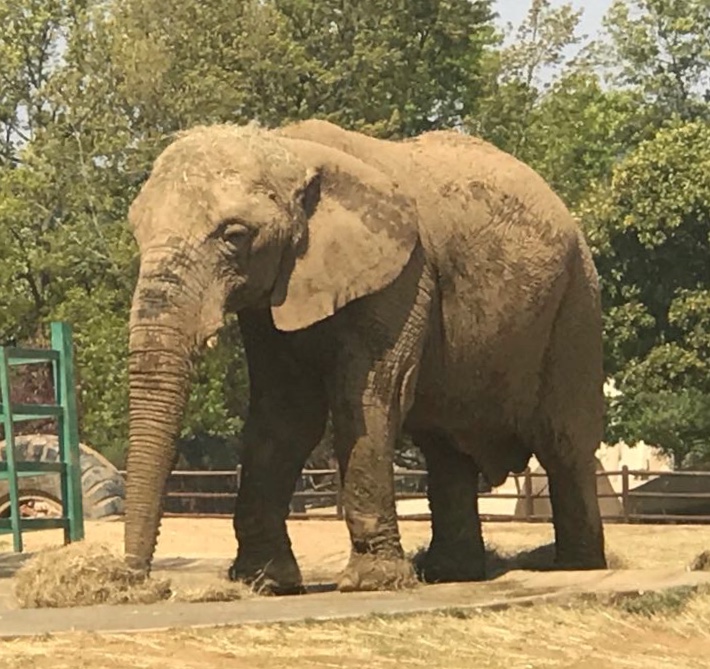 By Amy Mayers, Washington Post (Letters to the Editor)

The Jan. 18 Metro article “Preparing for a massive farewell” was a great example of how zoos play with facts to cover the reality that they are unable to give elephants adequate living conditions.

Second, the article neglected to mention that a couple of the serious problems aging elephants can suffer, specifically foot problems and arthritis, are caused by zoo exhibits that are too small, have too many hard surfaces underfoot and lack enough natural substrate.

Some elephants, such as Ambika, manage to live long lives in zoos. But elephants are built to walk miles each day. When they can’t, they suffer ailments not found in wild elephants.

The Smithsonian National Zoo has already begun preparing the public for the euthanization of its 44-year-old elephant Shanthi, who suffers from advanced osteoarthritis. It is trying to hold off the inevitable by treating her with oral anti-inflammatories, analgesics and cosequin, but it’s only a matter of time before they can no longer control her suffering. She will follow in the painful footsteps of Toni, the elephant that the zoo euthanized in 2006 for the same reason.

It’s incredibly sad that one elephant after another falls victim to conditions of captivity. Until zoos admit they cannot meet the needs of elephants, they bear full responsibility for elephants’ suffering and premature deaths.