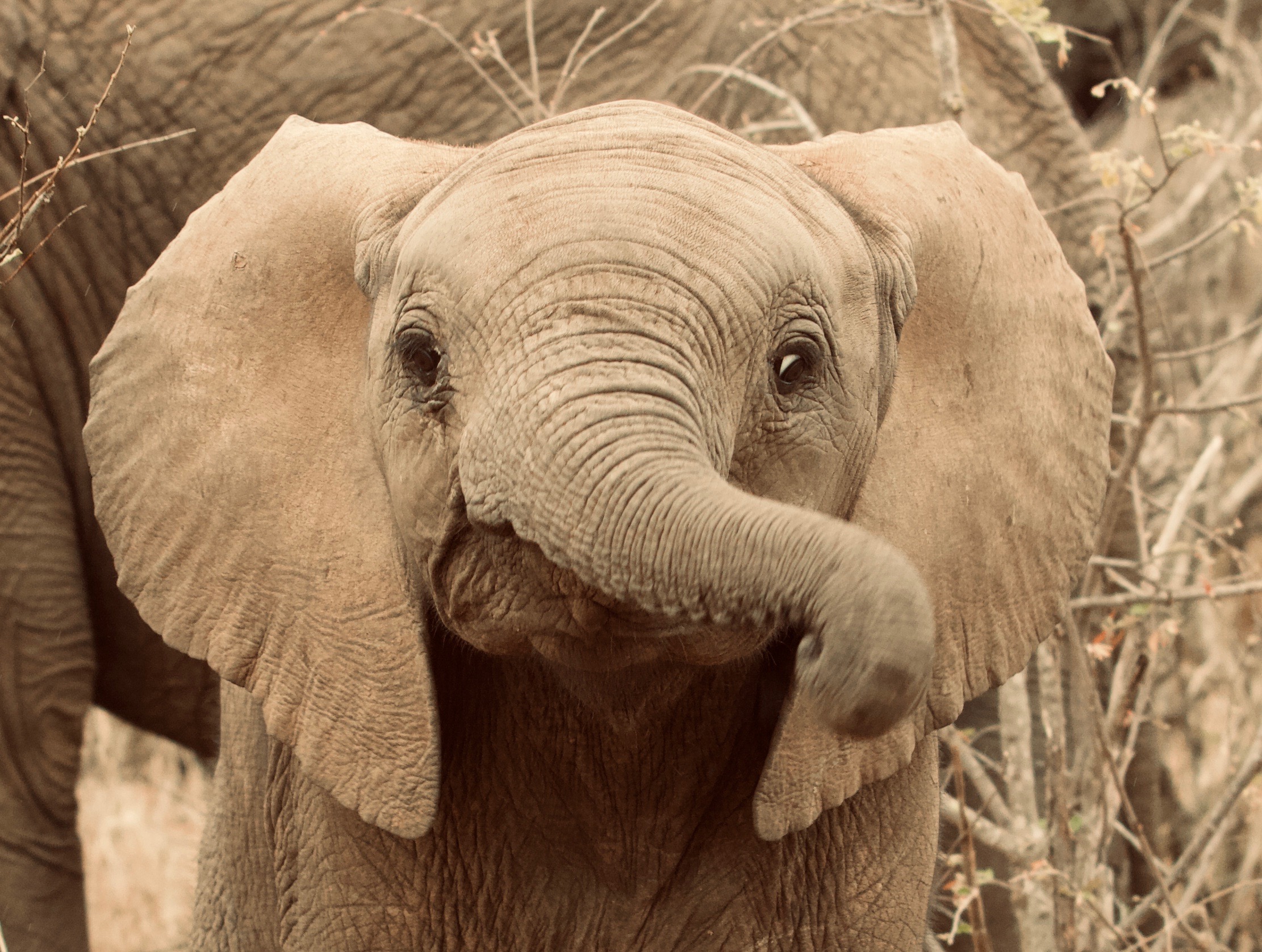 Few animals are more beloved or have more of a mystique than the elephant. The world’s largest land animal, whose scientific name is elephas maximus, these ponderous pachyderms can grow can grow to more than 13 feet in height and weigh 7 tons.

For generations elephants were the stars at circuses. The Disney movie “Dumbo,” first released in 1941 and rebooted this year by Tim Burton, featured a baby elephant with outsized ears who could fly. We also know the role elephants played in the plundering of the Italian peninsula more than 2,000 years ago by Carthaginian general Hannibal.

Elephants are more than just genial giants; they are vital to the planet. In recognition of World Elephant Day on Aug.12, which is dedicated to the preservation and protection of the world’s elephants, 24/7 Wall St. will help explain why we need them. We reviewed material from various sources, including the African Wildlife Foundation, National Geographic, earthday.org, and panda.org.

Click here to read about why we need elephants.

You can find elephants in the forests and grasslands of Africa and Asia. But only on those two continents. This is why you won’t see wild elephants in North America.

Elephants are vital to the sustainability of the planet’s ecosystems. They tamp down forest and thick grasslands to create space for species to migrate. Elephants dig water holes in dry river beds for themselves and other wildlife. The massive mammals that eat 600 pounds of food a day disperse seeds in their dung across the landscape, leading to growth in vegetation.

The massive mammals have no predators except one — humans (and some lions). Poachers kill thousands of elephants every year for their tusks. There are other threats as well, such as habitat loss because of the encroachment of humans in Asia and Africa and global warming, which is causing drought. That is the main risk to the Sumatran Elephant, which is already critically endangered. Here are other animals that could go extinct due to climate change.

Protecting elephants raises the profile for protecting wildernesses and helps fund organizations such as the Elephant Crisis Fund, which claims an elephant is killed for its tusks every 15 minutes.

An elephant’s trunk is one of its signature features, used by the animal to trumpet warnings to other members of the herd. It is also used to dig for water — elephants have a knack for finding water — in hostile environments.

When elephants find water for themselves in places such as parched riverbeds, they also provide sustenance for other animals, not to mention humans.

Earth’s largest living land animals consume massive quantities of vegetation. They may spend up to 18 hours a day feeding and eat as much as 600 pounds of food. Much of that is grasses, tree foliage, bark, and twigs. Eating that much vegetation allows sunlight to reach the forest floor, helping lower-lying plants to grow.

By creating spaces in forests and other heavily grown areas, elephants open up the landscape and give other animals more pathways to graze.

Elephants travel long distances and along the way leave dung that contains seeds from the plants they ingest. These seeds grow into new vegetation, such as grass, bushes, and trees.

Elephants create salt licks that benefit other animals. Because plains grass is not enough to sustain animals on the savanna, elephants use their sensitive trunks to churn up the earth and put pieces of soil in their mouths with their trunks. Elephants have dug holes several feet deep in this manner, making minerals accessible to other animals. Evidence of this has been found in Kenya’s Mount Elgon National Park, and in southern India and Sumatra.

When it comes to No. 2, elephants are No. 1. An adult African elephant can generate up to 300 pounds of dung each day. African farmers put the pachyderm poop to good use by using it to replenish soil depleted by farming.

Elephant dung can be used for mosquito repellent. Some people in Africa burn dried-up elephant droppings to ward off mosquitoes. That might be better than putting it on your body.

If you have a headache or other aches and pains, elephant dung might be the cure. Because elephants ingest such large amounts of fruits and plants on a daily basis, many of the medicinal properties found in them will show up in elephant dung. The waste product is lit on fire and when the smoke from it is inhaled, aches and pains are relieved.

The gentle giants bring down branches, allowing other animals to reach fruit and leaves.

Researchers at the universities of Utah and Chicago have found that elephants have evolved a DNA mechanism that gets rid of cells that have cancer-causing mutations. Scientists are studying elephant DNA to create drugs to treat cancer or possibly prevent it.

An elephant’s hearing spectrum is nearer to that of a human than any other animal. Elephants are able to detect sounds that move underground through cells in their feet and trunk. Humans have similar cells in their hands and feet. Researchers are trying to determine how the elephant ear detects sounds to help in the creation of a new generation of hearing aids.

15. We’re similar in age, and aches and pains

Elephants live to be about 70 years old, roughly the same age as humans, and they have similar cardiovascular and osteoarthritic issues as people. The elephant knee joint plays a similar role to the human knee joint in bearing weight..

Elephants have a big brain; it weighs about 12 pounds and they use it well. Elephants use tools, show empathy, and are self-aware.

Humans can learn a lot from how elephants take care of their elders. Older elephants tend to lose their last set of molars, making chewing difficult, so younger elephants chew food for them so they can eat.

In African culture, elephants are seen as wise leaders who settle disputes among other animals. Some people believe elephants were human leaders from a past life. Jewelry made out of elephant hair is believed to ward off evil spirits.

With nations looking to switch from fossil fuels to more environmentally friendly energy sources, places such as zoos and animal sanctuaries are converting elephant dung to biogas. These institutions are using waste products of herbivores to generate gas for stoves, heat and electricity.

20. Their demise is fatal to tourism

The loss of elephants would have dire consequences for tourism in Africa. The David Sheldrick Wildlife Trust published a study that said an elephant living to its full 60 to 70 years of life would be worth 76 times more than the tusks that poachers kill the mammoth mammals for.