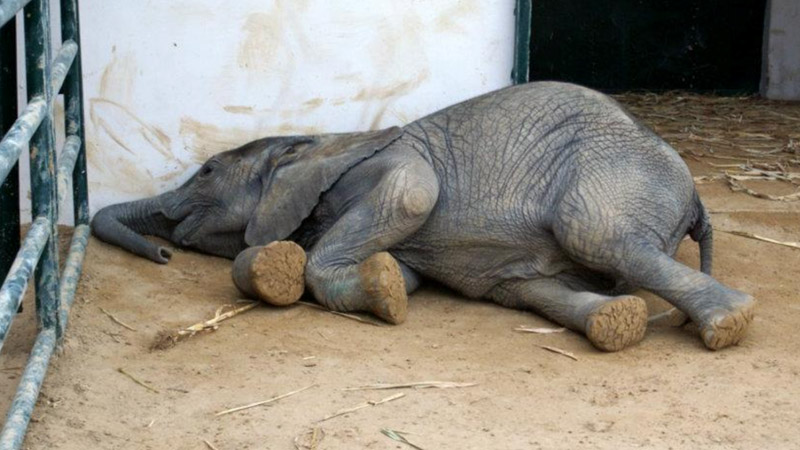 Pakistan Animal Welfare Society and Shehri-CBE filed on Monday a petition in the Lahore High Court to become a party to the case regarding the import of two elephants from Namibia to Pakistan.

Earlier this year, a petition was filed in the high court seeking the import of elephants to the Lahore Zoo in the name of right to leisure. PAWS and Shehri-CBE seek to challenge the court orders directing the Ministry of Climate Change issue an NoC allowing the import of these elephants.

During the hearing on Monday, Justice Mohammad Ameer Bhatti asked the assistant advocate general to find out about the status of the tender issued by the Lahore Zoo in 2017. The tender pertained to the import of one female elephant.

In 2017, the Lahore Zoo hired a contractor to import an elephant from Namibia at a cost of Rs50 million after the death of its elephant, Suzi. Due to delays, a second elephant was to be imported with the cost borne by the contractor.

After the Ministry of Climate Change issued the no-objection certificate, the Lahore Zoo cancelled the tender citing delays and rampant corruption by exotic animal suppliers.

Director-General Punjab Wildlife Department Sohail Ashraf Goraya claims there is a monopoly of importers and so the tender was cancelled.

After inquiry the assistant advocate general informed that Namibia had turned down Pakistan’s request for the elephant import. The judge therefore asked for documents to that effect at the next hearing.

Issuing notices to parties, the court adjourned the hearing until December 9.

According to international media reports, the Pakistani government sent an application for ten elephants to Namibia’s Ministry of Environment. The Namibian ministry cancelled the export permit it had earlier issued after reviewing the application.

Pakistan has five elephants in captivity. Kaavan is a 33-year-old wild-caught Asian elephant in Islamabad zoo, gifted by Sri Lanka to General Zia-ul-Haq 30 years ago. Noor Jehan, Madhubala, Sonu and Malika are wild-caught baby African elephants from Tanzania, imported by the Karachi Metropolitan Corporation in 2009 for the Karachi Zoo and Karachi Safari Park.

A historic resolution reached at the Convention on International Trade in Endangered Species of Wild Flora and Fauna’s in August this year introduced a near-total ban on live elephant exports from Zimbabwe and Botswana to captive facilities such as zoos. The resolution took effect on November 26.

“Elephants are complex, sensitive animals, and fare extremely poorly in captivity The Government of Pakistan must reconsider any plans to import elephants, and prioritise the care and welfare of the five elephants already in the country,” said Dr. Chris Draper, the head of Animal Welfare & Captivity at the UK-based Born Free Foundation.

Last month, Zimbabwe exported 30 wild-caught baby elephants to amusement parks and zoos in China. Activists fear two of them may now be gifted to Pakistan.

“There is an international backlash against the keeping of elephants in captivity. Animal rights activists in Pakistan do not want the Pakistani government to engage in the unethical practice of capturing wild animals from their natural habitats and caging them for entertainment,” said Mahera Omar, the co-founder of PAWS.

“There is no conservation value in bringing in the wildlife of other countries and putting them in solitary isolation in our zoos. Just go see the state of the five elephants currently in captivity in Pakistan.”

Elephants live in large social groups. They are highly intelligent, use tools for common goals and are capable of empathy. Females stay with their mothers for life. They roam up to 18 to 30 miles a day in the wild, foraging for food and water.

Such exercise and freedom to make their own decisions is necessary for their mental and physical well-being, according to experts.

Baby elephants undergo a great deal of emotional trauma when separated from their families. Their suffering in captivity is well documented in zoos across the world. Over years of confinement, their distress turns into zoochosis, characterised by repetitive head swaying and rocking. Poor nutrition, no exercise, chaining and solitary isolation takes its toll and considerably shortens their life in captivity.

“Pakistan has no reason to import African elephants for its zoos,” said Amber Alibhai, the general secretary of Shehri-CBE.

“It should instead focus on protecting its own wildlife and allow their natural habitats to be safe havens for its biodiversity.”