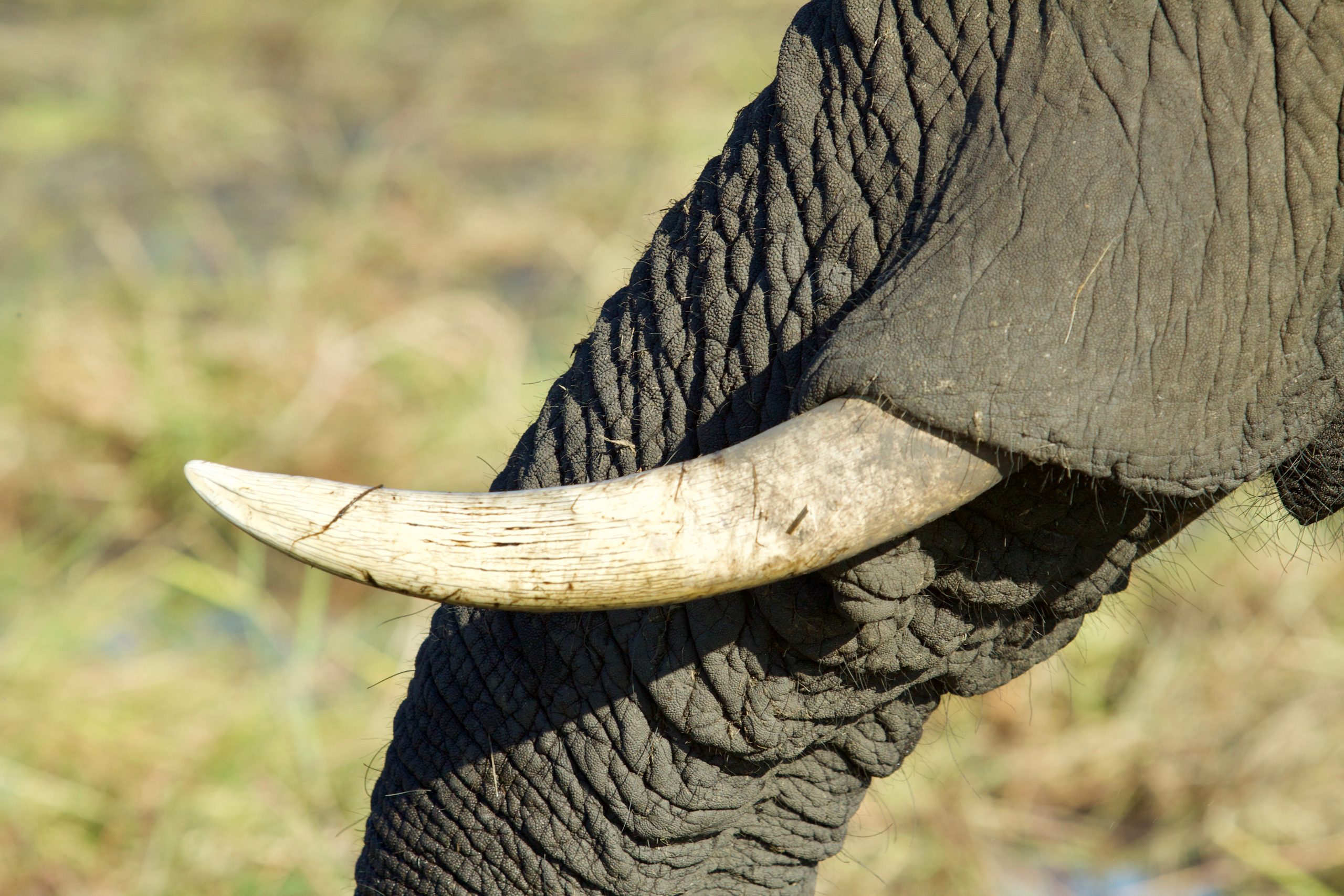 Research conducted in 2016, found 77 per cent of Australians believed selling ivory in Australia was illegal, however a legal loophole has allowed so-called “antique” product to be traded.

For the Love of Wildlife’s founding director Donalea Patman OAM uncovered numerous instances of ivory from freshly killed elephants being sold as antiques in Australia. “There’s been a rampant, unregulated trade,” she told Yahoo News Australia.

Ms Patman’s research, along with that of charity Nature Needs More, triggered a federal parliamentary inquiry last year which recommended the government “develop and implement a national domestic trade ban on elephant ivory and rhinoceros horn.” The inquiry was presented with camera footage of an antiques dealer advising a “customer” how to smuggle ivory out of Australia.

“It has him telling his customer ‘if you want to get it out of the country, just tell customs its camel bone or resin, because customs don’t know what they’re looking at – and actually I’ll write you a receipt to say that it’s camel bone,’” Ms Patman said.

The government has remained tight lipped on whether it would adopt the inquiry’s recommendations until now.

In a statement to Yahoo News Australia, the environment minister noted Australia is governed by the international Convention on International Trade in Endangered Species of Wild Fauna and Flora (CITES), but she is looking to do more. “We are also working to further strengthen regulations within Australia by working with states and territories on banning domestic trade of ivory and rhino horn,” Ms Ley said in the statement.

“By shutting down the market for these items here in Australia we’ll help to better protect elephants and rhinos in their native habitats.
“I’d like to see such a ban in place, it will be something that I will take up at the next meeting of National Environment Ministers.

“There are state legislation issues to work through but it is something that I think we should pursue,” she said.

Customs to Double Down on Ivory Smuggling

The Department of the Environment and Energy said in a statement that in 2017 only twenty-four suspected ivory items were confiscated. “In 2018, thirty-six items were seized or surrendered,” they wrote. Sources suggest much more ivory gets through Australian borders undetected and is then rebranded as antique.

Assistant Minister for Customs Jason Wood told Yahoo News Australia that wildlife smuggling is tied in with organised crime. “Organised crime will go anywhere where they know they can make money and in the world of smuggling wildlife there is big bucks to be made,” he said. “It’s a lucrative operation – that’s why people do it and they’re killing our wildlife.”

Minister Wood said he is working with senior managers within Border Force to make the illegal wildlife trade a priority.

“You’re looking at 90 elephants a day being killing a day in Africa, and then also you’ve got various levels of conflict and other situations that are threatening elephants in Asia,” he said. Mr Laidlaw believes that since the last significant review of the ivory trade by CITES in the early 1990s, ivory poaching has modernised.

“There’s very sophisticated criminal syndicates working in Africa that are taking ivory out and exporting to countries where there’s a demand for it,” he said. “There’s many civil conflicts in Africa where the militias are killing elephants for ivory and using them to fund their operations as well.”

Aussie Delegation to Take On the World

On hearing the news about Environment Minister Ley’s decision, an emotional Ms Patman said the news was wonderful. “You work so hard and you wonder if it is ever going to get into fruition,” she said.

Buoyed by government support, Ms Patman and Lynn Johnson from Nature Needs More will be attending CITES talks in Geneva, hoping to modernise the way wildlife parts are tracked around the globe. “We’re asking for an electronic permitting system, the reverse listing approach, and a levy in trade, because the legal trade in wildlife is worth $320 billion a year,” she said.

Environment Minister Ley has thrown her support behind working towards better regulation at CITES.

“Australia already has some of the strictest regulation of international trade of endangered species and we are committed to working with other countries to stop illegal wildlife trade,” she said.