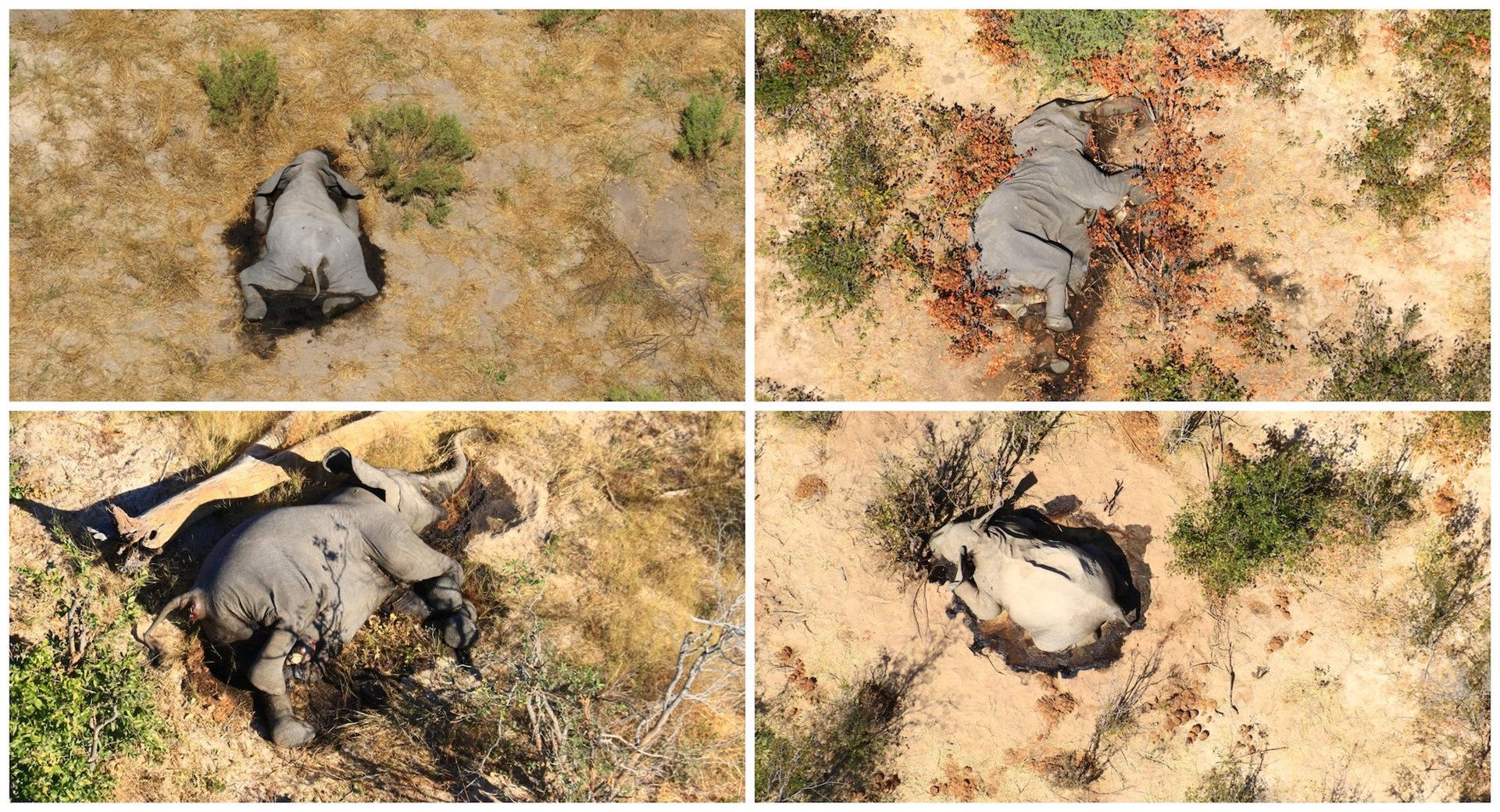 Botswana says a string of mysterious elephant deaths has come to a halt since June, after at least 281 carcasses were found.

Experts in the southern African country, with the world’s largest elephant population, said there were no signs of poaching or predators. Most of the blood samples sent abroad for testing indicate a toxin caused the deaths.

However, it is not clear if the toxin is man-made or natural, says Botswana’s Ministry of Wildlife and Environment Permanent Secretary Oduetse Koboto.
“We have received most of the results. A lot of variables that we suspected had tested negative.  We ruled out any virus, no bacteria. Pathogens (are) also negative,” he said. “The only thing that we are waiting for is toxicology. What is evident is that we are now dealing with a poison.”

Koboto says they are waiting on one last batch of test results from the United States before reaching a conclusion.

Veterinarian Dr. Mbatshi Mazwinduma says a naturally occurring toxin would explain why no more elephants appear to be dying in Botswana’s Okavango panhandle.

“In the period leading to June, remember this is a dry period, the amount of water is in low quantities. If it is because of a naturally occurring toxin, they would be in high concentration in the waters and those elephants that drink in particular spots get affected. With the rising waters of the Okavango in the last couple of weeks, the toxins are diluted and then washed out,” Mazwinduma said.

Conservationist Neil Fitt agrees that changes in weather conditions could have diluted a natural toxin.

“If it is an environmental toxin, they come and go depending on weather conditions,” he said. “Obviously, the conditions, if that’s the case, have now changed and that’s the reason why the deaths have stopped, which is a good thing. But until we get the results, which are extremely long in coming, we cannot say much more.”

Koboto says getting quick results on the investigations and test samples was not possible due to COVID-19 restrictions.

“There were lockdowns everywhere, even internationally,” he said. “Mostly, we are dependent on air transport. If there are no flights going outside the country even (to) South Africa here, how could we have taken them (samples) out?”

Botswana’s neighbor, Zimbabwe, recorded its first mysterious deaths last week, with the loss of at least 11 elephants. Wildlife authorities there say the cause appears to be a bacterial infection.

The two countries have the world’s combined largest elephant population at more than 200,000 animals – most of them in Botswana.

Conservationists estimate the number of wild, African elephants has dropped by almost a third in the last decade due to drought, loss of habitat, and poaching.