Botswana’s big problem is not elephants, but runaway bushfires 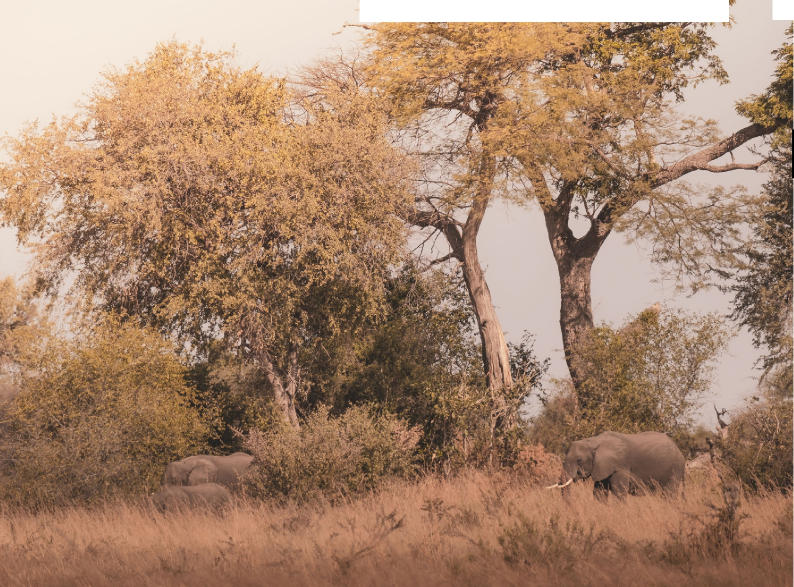 The debate on what to do about elephants in Botswana is frequently divided into those who want to cull them and those who don’t.

At one extreme are hunter Ron Thomson and his followers, who have been lobbying the government of Botswana to cull more than 60,000 of its elephants. At the other end are those who believe natural systems and processes must take their course.

Then there are those like Peace Parks and Kaza who want to reconnect Botswana’s migration corridors with their former ranges in southern Angola and Zambia in particular. This would take them into areas where there are few people, few elephants, but ample food and water.

The driver of these debates is loss of trees, and it’s misguided. It overlooks the prime culprit of deforestation — northern Botswana’s all too regular runaway bushfires, as the fire map and photographs show.

There have been other causes of deforestation. In the mid-1900s, sleeping sickness and nagana devastated large expanses of Africa, killing people and livestock. Tsetse flies were the vector and one of the more radical initiatives was to create immense treeless corridors to curtail the spread of the fly. It worked. In Botswana ring-barked acacia camelthorn tree statues were still standing along large sections of the Linyanti 20 years ago. But memories are short and elephants took the blame for the destruction of those ancient trees, not humans fighting tsetse.

Something even greater was in the wings — years of exceptional rainfall. The summer of 2020/2021 provided exceptionally good rains throughout much of Botswana. Many areas recorded double the average rainfall. Grasses and vegetation thrived and bumper crops were grown.

But those rains created abundant fuel for bushfires, which came at a cost to the environment later in the year once the veld started to dry out.

The combination of a huge fire-load, Botswana’s steady prevailing winds and a deliberate match here or arson there resulted in massive tracts of prime wilderness land being burned to cinders.

These were often super hot and destructive fires that destroyed thousands of hectares of prime Okavango, Chobe and Moremi wildernesses. Countless forests were razed to ashes, particularly during the wild bushfires of September and October when many of these photographs were taken.

High grasses and dense vegetation have their adversaries in and around the Okavango Delta. Safari companies, hunters, poachers — even mokoro paddlers — prefer wide-open short grass plains which concentrate wildlife and improve sightings.

As a result, for decades many parts of the Okavango are burnt each year. Any ecologist will tell you that these hot annual burns are not sustainable and something will give unless wildfires are reduced to a “cool” fire only every fourth or fifth year.

And here’s a warning: it looks as though the summer of 2021/2022 will be another season of great rains bringing more fuel for more bushfires. Many more trees will be destroyed unless the authorities take stock.

So Where to From Here:

Botswana’s administration must understand that the decades of relentless over-burning of much of northern Botswana (and in the Okavango in particular) is unsustainable and that realistic bushfire prevention measures need to urgently be put in place. What’s needed is fire education and enforcement of legislation. Fire prevention teams (with water-bombing helicopters on standby from July to October) must be in place if the trees of the Okavango are to be preserved for future generations.
The governments of Angola, Botswana, Namibia and Zambia must give Peace Parks and Kaza initiatives all the backing and support they need to turn both organisations from being merely inspiring initiatives to action on the ground. Old migration routes can be opened up quickly between Botswana, Angola and Zambia by working with communities. Their ministries must be given the instruction, the motivation, the backing and the tools to make those elephant corridors happen. The presidents of all these countries have signed the agreements and the principles are sound. The days of talking must be over — it’s time for tangible results.
It is time for all safari concessionaires to start far-reaching ring-barking prevention programmes to protect their most vulnerable trees from fire and elephants — baobabs, marulas and knobthorns in particular. Chicken mesh wrapping is highly effective, cost-effective and virtually invisible to the naked eye.
When the elephant debate resurfaces, as it will, authorities need to remember that elephants do indeed crop and prune, but that much — maybe most — of the damage to trees and forests en masse is not caused only by elephants but by wild runaway bushfires.

Don Pinnock is an associate of Southern Write, a group of top travel and natural history writers and photographers in Africa. He is a former editor of Getaway magazine in Cape Town, South Africa.