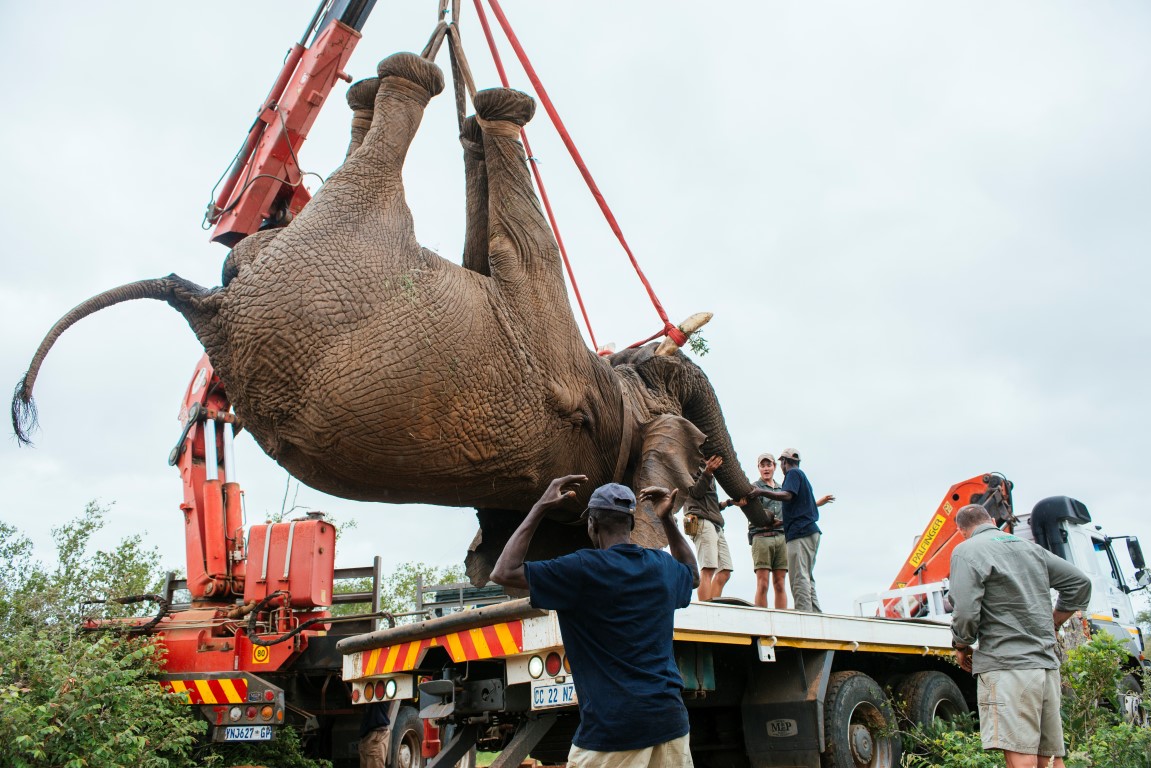 A five-tonne elephant has been saved from death following the intervention of a Kent charity.

The Aspinall Foundation – which runs Port Lympne Hotel and Reserve, near Hythe, and Howletts Wild Animal Park, near Canterbury – stepped in to save the bull after it was found wandering across roads and farmland on a reserve in the Eastern Cape, South Africa.

The elephant, aged around 20 years, had been pushed out of his herd and was trying to locate food and water on its own when neighbouring farm owners reported it.

After being alerted to the elephant’s plight, Dereck Milburn, The Aspinall Foundation’s Southern Africa project director, put together a task team of experts in order to provide government officials with an alternative solution to shooting it.

Within 30 hours, the decision to shoot the animal was overturned and The Eastern Cape’s Department of Economic Development & Environmental Affairs issued a relocation permit.

Funds were also put in place to support the translocation of the bull.

The elephant, which was being monitored by the team, was then aerially darted via helicopter.

Once safely sedated, he was moved into his travel crate and onto the transport truck to embark on the 120 kilometre journey toMount Camdeboo Private Reserve.

“The rapid response of this task team just goes to show what we can do, when we all work together.

“We know that there are risks involved but we are prepared to take those risks, to save the lives of animals around the world.”

Once settled in his new home, the bull will join a small breeding herd of elephants that were released on to the Mount Camdeboo Private Reserve earlier this year.

Under the watchful eyes of monitors from the Elephants, Rhino & People team (ERP), the herd will be continuously observed, whilst a tracking collar fitted to the bull will keep the team updated on the herd’s movements.

Mr Milburn said: “The dedication from all parties has been absolutely incredible.

“The teams have gone beyond the call of duty to secure the life of this elephant.

“These synergistic efforts, unparalleled teamwork and unrelenting commitment to ensure the safety of the elephant have undoubtedly demonstrated that this approach can solve conservation challenges, such as saving the life of an elephant.

“It should be regarded as a benchmark as to how future complex conservation operations could be handled.”