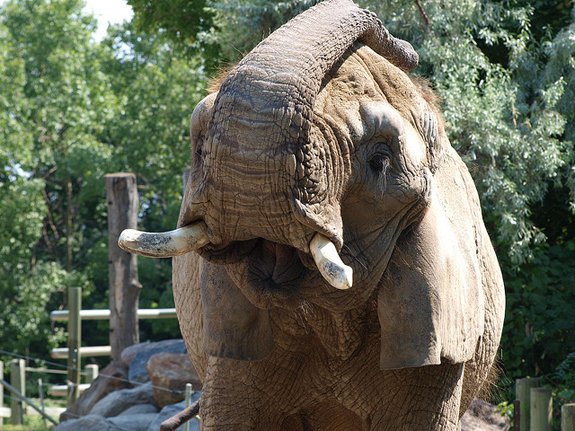 A senator is set to introduce a bill today supported by primatologist Jane Goodall that would phase out elephants in captivity, put a stop to big cats at roadside zoos and give some animals legal standing in court.

Sen. Marty Klyne says he will reintroduce the Jane Goodall Act, which was first introduced in late 2020 but died last year when the election was called.

Klyne says the federal bill would ban new captivity of lions, apes, bears and hundreds of other animals at roadside zoos.

Several zoos have signed on in support of the bill: the Toronto Zoo, the Calgary Zoo, the Granby Zoo, the Assiniboine Park Zoo and the Montreal Biodome.

Klyne says those zoos would be exempt from the captivity ban and others can apply to become designated “animal care organizations” that meet standards of care and whistleblower protections.

He says the Granby Zoo in Quebec would also transition out of elephant captivity.

“Their expertise and passion have contributed to strengthening the bill to ban new captivity of lions, tigers, bears and hundreds more species at roadside zoos,” Klyne said in a written statement.

Goodall, who is renowned for her decades-long study of family and social interactions among chimpanzees, called it an “important day for animals.”

“So many of them are in desperate need of our help and the Jane Goodall Act establishes protection and support for animals under human care,” Goodall wrote in a statement.

The Toronto Zoo said it was proud to support the proposed bill.

Several other prominent animal rights organizations have also lent their support to the proposed bill.

If passed, the bill would require organizations that own tigers or cheetahs, for example, to apply for a permit to breed them or acquire new ones. The applications would be considered on a case-by-case basis.