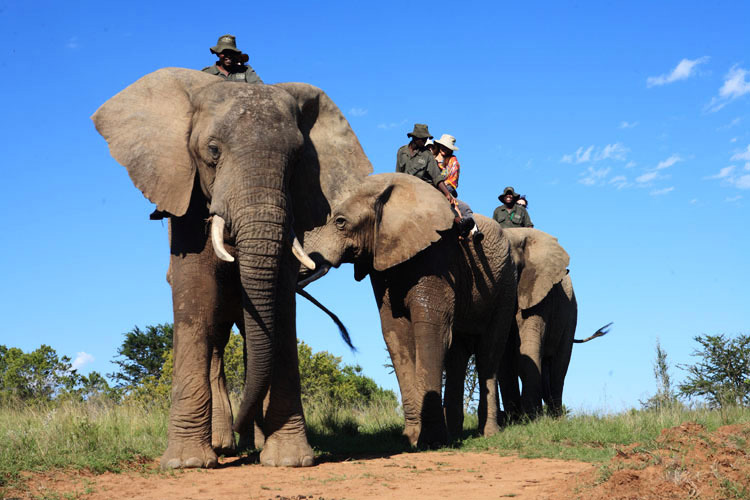 An organization that sets standards for Canadian zoos has banned elephant rides at member facilities, a decision an animal welfare group says is overdue and ends a “dangerous” practice that put visitors and staff at risk.

Jim Facette, CEO of Canada’s Accredited Zoos and Aquariums (CAZA), confirmed it has made the “significant change.”

“Today and going forward, elephant rides are not permitted at CAZA-accredited facilities,” he said on Monday.

The move follows a CBC investigation that revealed what happened when an elephant named Maggie, which had been used for rides at African Lion Safari for years, attacked a trainer in 2019, leaving the man seriously injured.

It also found CAZA continued to allow the rides a decade after its American counterpart, the Association of Zoos and Aquariums (AZA), halted the practice because of safety concerns for staff who work with elephants.

But, Matlow added, the move was also a “long time coming” and it should not have taken “a person getting seriously harmed” for change to happen.

“We see [rides] as cruel,” she said. “It’s dangerous and it’s not educational. It serves no benefit.”

Activists and zoo accreditation bodies said they believe African Lion Safari was the only site in Canada offering elephant rides when the attack happened there in 2019. The zoo and theme park in Flamborough, Ont., permanently stopped the rides that same year.

CBC obtained a copy of an Ontario Ministry of Labour report about the incident through a freedom of information request.

It described how Maggie, an Asian elephant that was ridden by visitors to the park for 25 years, turned on one of her handlers on June 21, 2019.

According to the investigation, one rider was reportedly still dismounting from Maggie when she became aggressive.

The report found the elephant lunged when the handler’s back was turned, blocking him into a corner and beating him with her trunk.

“Maggie reportedly also used her head, butting him in the chest and pushing his head into her mouth,” it reads.

Air ambulance service Ornge told CBC in 2019 it transported a man in his 30s to Hamilton General Hospital with serious injuries following the attack.

In a statement sent Monday in response to questions about CAZA’s change in standards, African Lion Safari said it was a founding member of CAZA and, as such, “fully support and remain in full compliance of the standards that govern our park.”

But Matlow said those standards are the problem, adding it’s “disappointing” it took CAZA, which has accredited 28 facilities across Canada, so long to change them.

The AZA hasn’t allowed elephant rides at any of its 241-accredited facilities since 2011.

Instead, its policies call for protected contact, meaning a barrier must exist between guests and elephants at all times. Even trained handlers can only be in the same space as an elephant in specific circumstances.

“It was dangerous,” AZA president Dan Ashe told CBC. “We had significant record of injury, and in some cases death, associated with elephants.”

Facette said CAZA is still evaluating the rest of its standards around interactions between people and elephants, especially when it comes to “entertainment.” Animal welfare is the first priority, as is the safety of people working with them, he said.

The CEO said he could not explain why the change in standards happened now, stressing he’s focused on what its policies will look like going forward.

He added CBC’s questions as part of its investigation provided “an opportunity” to listen to concerns.

Asked why it took so long for CAZA to align its policies with that of its U.S. counterpart, he said “Canadian standards are for Canadian facilities.”

Facette also said he couldn’t comment on whether or not CAZA’s standards had failed the worker at African Lion Safari who was seriously hurt because he had not read the Ontario Ministry of Labour’s report about the attack, which has been available since last year.

The park and ministry have dealt with the incident, he explained when questioned about why he hadn’t seen it.

“Move on,” Facette said. “There’s no sense in CAZA getting involved in specific, small incidents that the provincial regulator is comfortable with.”

The CEO said he rejects the premise that if CAZA’s standard did not allow for elephant rides, the handler would not have been injured because the situation where the attack happened could not have existed.

“We don’t know that,” said Facette, adding another accident could have happened somewhere else. “It’s supposition to suggest that if this didn’t happen, then that wouldn’t happen.”

But Matlow said the dangers of rides and other interactions with elephants have long been clear.

“Obviously allowing visitors to get in an enclosure with a potentially dangerous and stressed wild animal to ride them presents serious safety risks, so removing this activity eliminates this risk,” she explained.

“This risk should have been addressed a long time ago.”

Tusko, an 18-year-old bull elephant with a history of aggression toward other animals, crushed a handler named Omer Norton to death November 1989.

A third incident is mentioned in a newspaper report from June 1992.

It describes a 14-year-old suffering a broken leg after being stepped on by an elephant as the animals were being led away following an afternoon show.

Zoo industry is ‘policing itself’

That type of parade or show where elephants perform tricks is something Matlow said her organization is calling on CAZA to end as well.

Facette said he anticipates more changes could be coming as the accreditation body weighs entertainment and educational value, though he expects they won’t be brought before the board until the new year.

“I think the circus act days are gone,” he said.

Matlow said part of the problem with ensuring staff safety and animal welfare in Canada is the patchwork of provincial rules that govern it, and she believes national laws are needed.

“It really is the zoo industry policing itself,” she explained. “These are voluntary standards; there’s no independent oversight.”

World-renowned primatologist Jane Goodall lent her name to a piece of proposed legislation, dubbed the Jane Goodall Act, that sought to ban keeping great apes and elephants in this country, and would have barred elephant rides.

She previously told CBC that elephant rides were “very insulting” and “demeaning” to such an intelligent animal. But the act died on the order paper at the last election.

CAZA’s new standards are currently being translated and aren’t available yet.

Matlow said she’s waiting to see them in writing before she gets too excited, adding she hopes they’ll be just a “first step.”