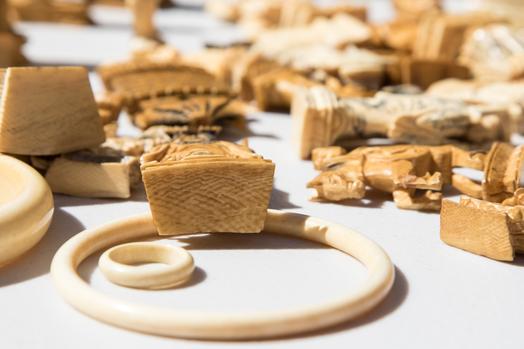 Customs officers of the Qingdao post office found suspected items in several parcels from Japan through a CT scan. Officers later confirmed those items were ivory ornaments on painting scrolls.

The parcels were declared under false names, with vague addresses and thick packages to dodge customs supervision, the officers said.

Further investigation into the case is underway.

China banned all domestic ivory trade at the end of 2017 as part of its commitment to protecting wild animals.