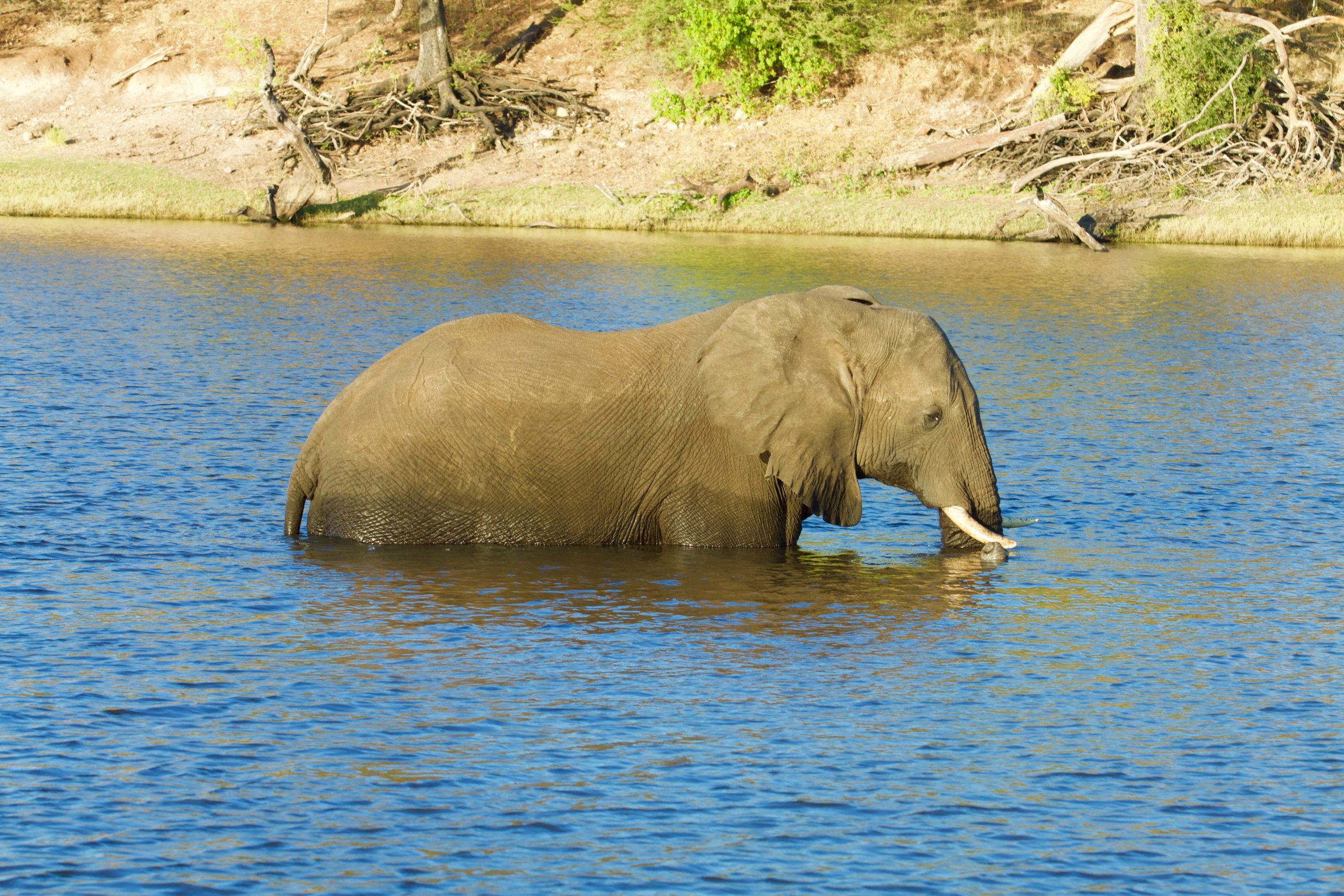 Luxury Botswana safari operator Desert & Delta Safaris announce that they have doubled their initial target of $10,000 and raised an incredible amount of $20,000 for Elephants Without Borders, more than doubling their initial target. This astonishing amount of money was raised through Desert & Delta Safaris’ exciting new initiative called the CARES Movement, which enabled guests to purchase open-dated safari vouchers at 2020 rates, for holidays that could be taken up to 31st December 2022. For every $100 of revenue generated from each voucher, Desert & Delta Safaris donated $10 to Elephants Without Borders (EWB) to assist local farmers and communities living in wildlife areas. From the UK to the USA, travellers took advantage of this amazing campaign, keeping the dream of travelling alive, whilst raising an extraordinary amount of money for wildlife conservation.

The long-term survival of elephants will ultimately depend on improved coexistence between the wildlife and local community. Desert & Delta Safaris prides itself as first and foremost a local citizen development organisation, operating a responsible travel company. Their foundation is based on the revolutionary CARES Philosophy which represents the Community, Advanced Health Care, Responsible Travel, Equality & Spirituality of the organisation. An initial target of $10,000 was set to support EWB. However, after such an overwhelmingly positive response and high demand for the vouchers, Desert & Delta Safaris were able to massively surpass that target, raising over $20,000!

Living with the largest land mammal can be problematic. With almost 130,000 individuals, Botswana is home to the world’s largest elephant population of which 70% of them occur outside National Parks. Here, these animals compete with a growing human population for food land and scarce water resources. The money raised by Desert & Delta Safaris has been directly donated to the ‘EleSenses’ research project, which provides a low-cost, user-friendly toolkit, mobile solar-powered mitigation system aimed to protect human lives and property. Proving that not everyone likes to disco dance, one of the techniques is a multi-coloured solar strobe light system referred to as the ‘disco effect’ appears as a barrier to potential crop-raiding elephants, which discourages them from entering a field at night. The pattern can be rotated frequently, dependent on the number of elephants passing the area, which reduces the chances of the elephant’s habituating to the flashing pattern. The $20,000 donation has funded a huge number of these toolkits, which have been gratefully received by farmers and communities and are providing a great success!

Desert & Delta Safaris was the first Botswana based luxury safari group to establish itself on the international tourism map. They are exceptionally proud of their company ethos in empowering local citizens. They pride themselves as first and foremost a local citizen development organization, operating a Responsible Travel company. The tourism industry has a pivotal role in that it relies on this incredible wildlife as a product and Desert & Delta has the responsibility to support the people living alongside the animals.

The exceptional amount of money raised by Desert & Delta will provide long-lasting sustainability, ensuring that the stunning surroundings and breath-taking wildlife will be enjoyed by tourists for decades.