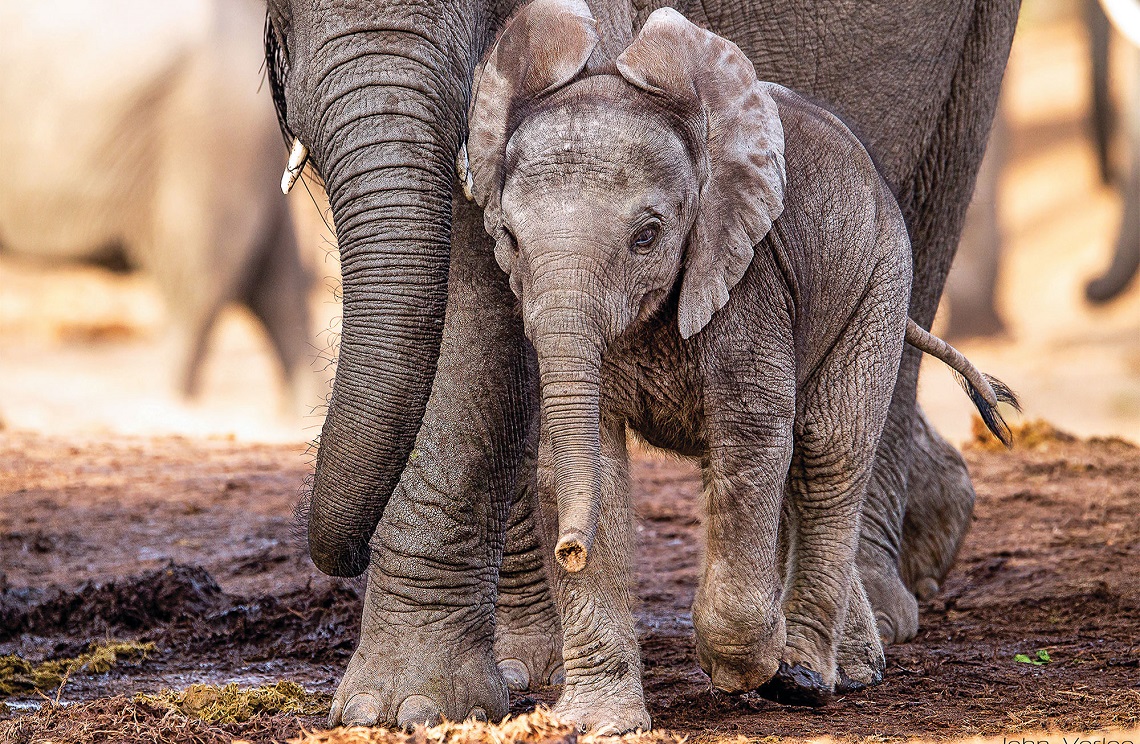 By The Club of Mozambique

Last week, a three-month-old elephant was saved thanks to the actions of the Muvucuza Community in Maputo Special Reserve, who alerted rangers to the youngster wondering around alone.

A team led by Mozambique’s National Administration of Conservation Areas (ANAC), Saving the Survivors, Peace Parks Foundation and Dyck Advisory Group quickly responded. When found, the calf was extremely weak and hungry, and it is estimated that it had been alone for about three days.

Veterinarian, João Almeida from Saving the Survivors, said that it was touch and go for several hours. Although they immediately administered fluids intravenously, specialised fresh milk had to be flown in from South Africa.
After receiving its first feeding in days, the baby elephant slowly gained its strength and hopes are now high for its survival. The team is now working on securing a placement at a recuperation centre.

Peace Parks Foundation’s technical adviser working in Maputo Special Reserve said that elephants very rarely abandon their young, so the baby might have been sick for some time.

Our sincerest gratitude to the community who alerted the rangers, as, without their intervention, the elephant might not have been saved in time.
Working together to protect the wildlife in this reserve is critical to conserving its biodiversity. Maputo Special Reserve is fast-becoming one of Mozambique’s top tourist destinations which will greatly improve livelihood opportunities for the local community.

The rescue operation was made possible in support to ANAC from the Dyck Advisory Group, Blue Sky Society, Elephants Alive, Elephant Coast Company, Hoedspruit Endangered Wildlife Centre, Saving the Survivors and Peace Parks Foundation. Working together in this manner promises a bright future for Africa’s conservation spaces and all who live within them.