Elephant calf rescued from river is back on his feet (Kenya) 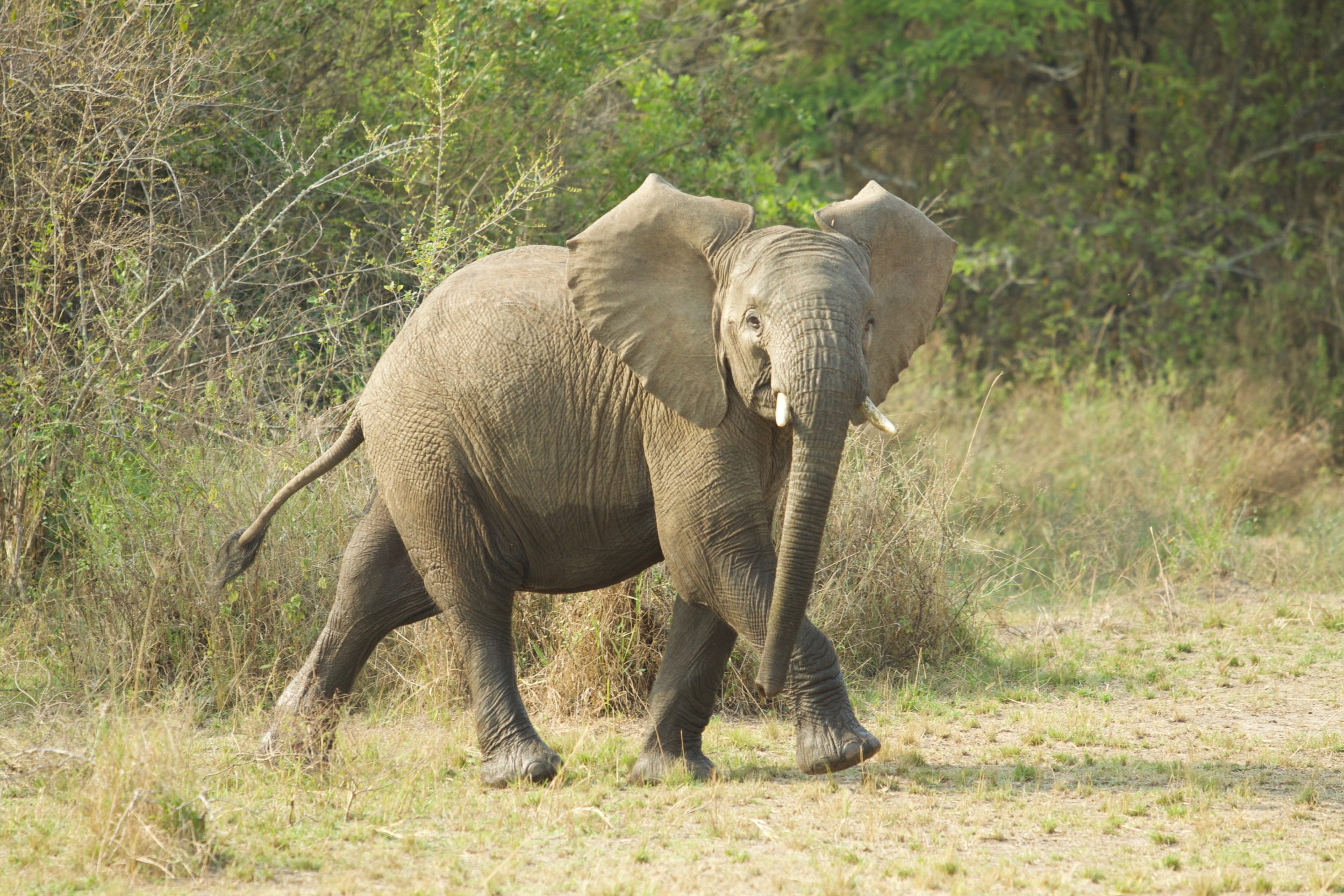 By Jane Flanagan, The Times

A baby elephant has been rescued from drowning in a fast-flowing African river after narrowly avoiding being eaten by a lion.

The male calf, nicknamed Lucky and thought to be a few weeks old, had his anguished cries answered by rangers at Kenya’s Samburu National Reserve.

Lucky, or Lomunyak in the local Maa language, is recovering at an elephant orphanage, where he is being fed on demand with special milk and sleeping alongside his keepers. Claw bite marks on his head and legs attest to his narrow escape.

“He is such a tender age that he needs constant company,” Moses Lenaipa, of the Reteti Elephant Sanctuary, said. “There are always two keepers with him, day and night.”

Carmen Gomez, manager of an tourist camp close to the Ewaso Nyiro river, said: “Some of the guys don’t even swim, but they didn’t hesitate when they saw the small elephant being swept down the river, which was in full flow.”

Lucky’s mother could not be found, despite an extensive search by staff from Save the Elephants, so he was taken to Africa’s first elephant orphanage owned by a local community , 175 miles northeast of Nairobi. At only 22st he was small enough to fit in the back of a 4×4.

The Reteti facility is part of the Namunyak Wildlife Conservancy, which is home to Kenya’s second largest population of elephants.

When Lucky is about eight, he should be able to join other released groups from the orphanage in the conservancy.