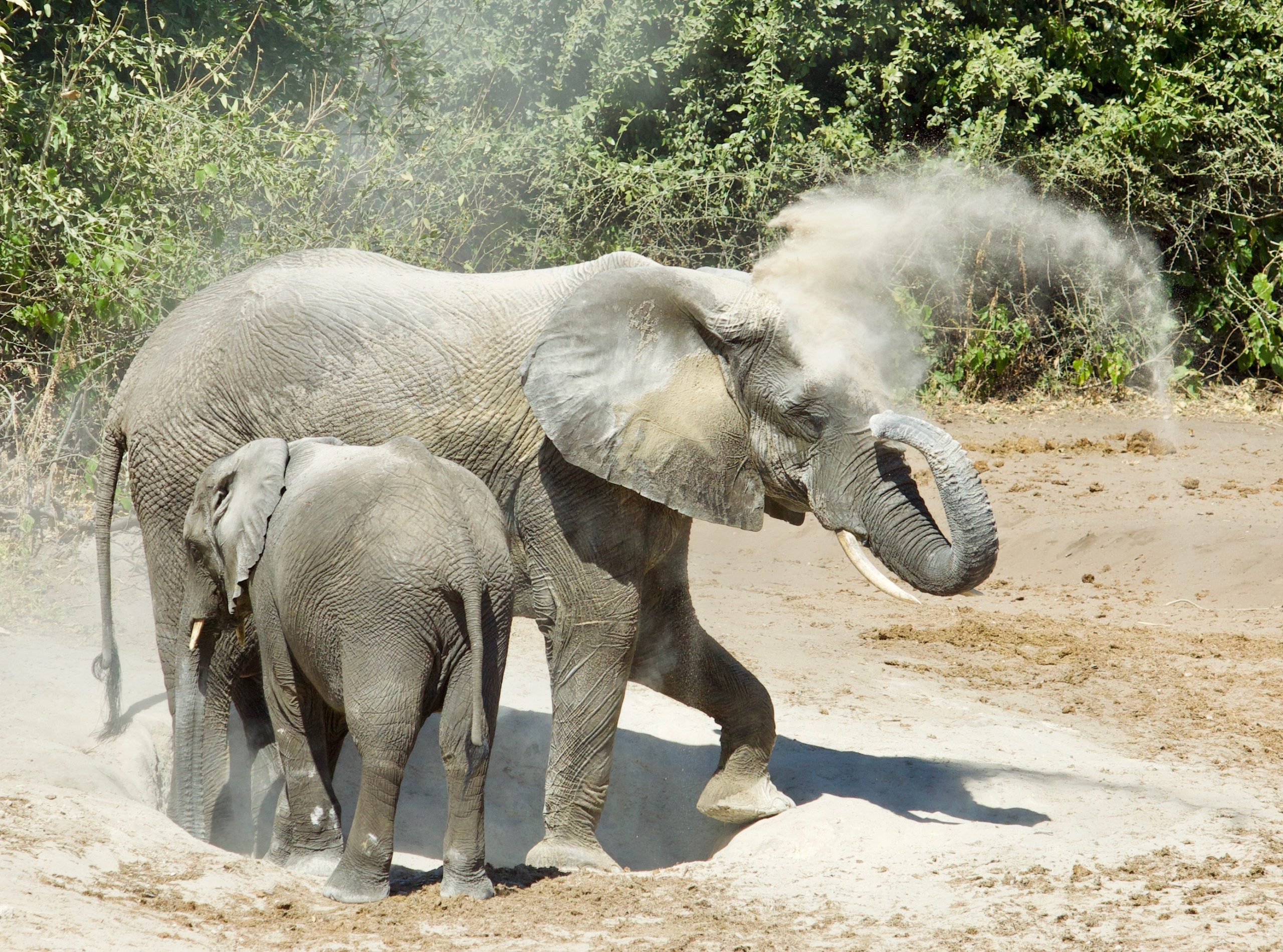 The controversial proposal—brought forward at the CITES meeting by South Africa, Botswana, Namibia, and Zimbabwe—was voted down by 101 of the 183 treaty members. The United States and the European Union were among those opposing the change. Twenty-three countries voted to support the proposal, and 18 abstained. CITES is the treaty that governs the international trade in wildlife and wildlife products.

Had the proposal passed, it would have allowed those nations to sell their existing stockpiles of ivory. Such sales, they contend, are essential to financing conservation of elephants in the wild, because proceeds would benefit villagers whose crops are sometimes damaged and family members injured (or killed) by elephants. The funds, the proposal’s backers maintain, would provide incentives for people in these communities not to kill the animals. The international commercial trade in ivory has been banned since 1990.
Get more of the inspiring photos and stories we’re known for, plus special offers.

By signing up for this email, you are agreeing to receive news, offers, and information from National Geographic Partners, LLC and our partners. Click here to visit our Privacy Policy. Easy unsubscribe links are provided in every email.

Those who voted no argue that any resumption of ivory sales could fuel a boost in the illegal ivory market and hasten the extinction of African elephants.E

The Great Elephant Census, which surveyed sites in 18 countries throughout Africa in 2014 and 2015, concluded that the population of savanna elephants declined by 30 percent from just seven years earlier, in 2007. As many as 35,000 elephants are killed each year primarily for their tusks, according to the African Wildlife Foundation, an international conservation nonprofit.

Another proposal to tighten protections for elephants by permanently eliminating all commercial international trade of the animals throughout Africa also failed to pass. Nor did a separate effort by Zambia to loosen restrictions on sales of its elephants for hunting trophies, raw ivory, and other elephant products. And earlier this week, a proposal calling for the closure of all domestic ivory markets also didn’t pass.

The bids to reopen the ivory trade and, alternatively, eliminate any international sales of elephants for commercial use were reprisals of similar proposals three years ago at the last major CITES conference.

“There’s a real sense of déjà vu,” says John Scanlon, who served as CITES’s secretary general from 2010 to 2018. That repetition, he says, suggests that the time is right to look beyond CITES for other ways to help with the financial burdens local communities face—and to recognize that this is a development issue, not a conservation issue to be dealt with under CITES.

The elephant and ivory debates are among the most hotly contested at the CITES meeting, which runs from August 17 through August 28. Each vote on the proposals must be confirmed by the plenary at the end of the conference and will be final unless one-third of the members present call for reopening the vote. (See more updates from the meeting here.)

Ginette Hemley, who co-led the World Wildlife Fund delegation to CITES echoed Scanlon’s concerns about the familiar fault lines of the elephant discussion. “The CITES votes are a positive outcome for African elephants,” she told National Geographic. “Maintaining current listings and ivory trade restrictions is critical. But the divisive nature of the debate underscores the differing challenges and approaches to elephant conservation across Africa.”

“We have hundreds of tons of ivory in our banks,” said Pohamba Shifeta, Namibia’s minister of environment and tourism, in the aftermath of the votes. “This is a natural resource from when nature takes it course, and then we have this ivory resource. It is our right to sell this and the right of the local communities to offset their costs of living side by side with elephants.”

Namibia does not want any assistance from development agencies, he added, but instead wants to benefit from its own natural resources and continue its history of strong elephant conservation. Recent population estimates for elephants in Namibia are hard to come by because the country didn’t participate in the Great Elephant Census.

The elephant votes come on the heels of recent statements from Zimbabwe’s leadership about its controversial practice of selling some of its young wild elephants to other countries—such as China—ostensibly to help deal with what it claims is an elephant overpopulation problem and to boost the economy. Zimbabwe has some 82,000 elephants, according to a recent report from the International Union for Conservation of Nature.

Zimbabwe’s sales of young elephants will not make a significant difference if conservation is the goal, says Iain Douglas-Hamilton, a zoologist and founder of the nonprofit Save The Elephants. He notes that only small numbers of young elephants are being sold. There are also animal welfare issues with separating elephant families, he says.

Earlier this week parties to CITES took steps to block Zimbabwe and other countries from selling their elephants by passing a provision that would limit trade in live, wild-caught African elephants exclusively to elephant range countries. This is expected to be brought up again at the plenary because the EU, which counts as a 28-country bloc, didn’t vote on the matter.