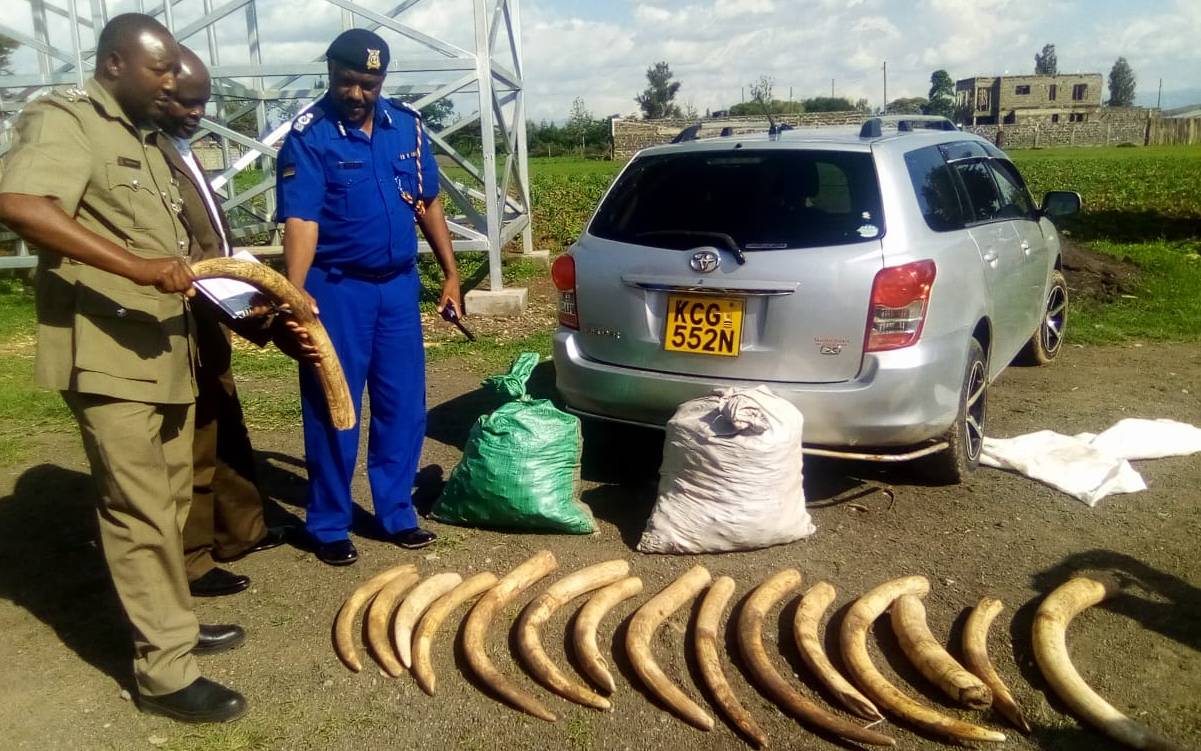 KAMPALA: A-52 year-old man was on Wednesday charged and remanded to Luzira prisons over unlawful possession of 16 pieces of elephant tusks.

Ouma also a businessman is a resident of Katabi, Entebbe Municipality in Wakiso district. He was charged with unlawful possession of protected species act contrary to sections 30 and 75 (b) of the Uganda Wild Life Act Cap, 200.

On conviction, Ouma will be liable to five years imprisonment or pay a fine equal to 50 percent of the dutiable value of goods involved, or both.

“Your worship, investigations in the matter are complete but I seek for an adjournment to prepare prosecution witnesses,” Amerit told court. On mitigation, the accused (Ouma) told court that he was still a serving officer but not a retired.

He also requested court for bail saying that he was a sole breadwinner of three wives, 11 children, and 4 grandchildren who fully needed his care and not from prison.

“Your honor, I’m not a retired as the charge sheet states, am a grown man, 52 years old and still a serving officer. I have three wives, 11 children and 4 grandchildren to who I am their breadwinner. I, therefore, entreaty this court to have mercy and bail me out,” Ouma prayed to court.

However, the trial magistrate denied the accused bail basing on the fact that the two sureties he presented were not substantial and had no local introduction letters which are one of the requirements for those seeking bail.

The prosecution contends that on June 2, 2019, at Mabirizi complex, Kampala central division in Kampala district, Ouma had in his possession 16 pieces of elephant tusks (ivory) weighing 23.5kgs, valued at over sh64m without a valid wildlife use right.

The matter was adjourned to July 11, 2019, for hearing and bail application.

“I find you have no substantial sureties, you will be remanded till July 11, 2019, for the hearing of your case and your bail acquiescence will also be heard so long as you prepare generous sureties,” Kamasanyu ruled.