Four smugglers arrested with 300 kg of ivory and 2.5t of pangolin scales in Douala (Cameroon) 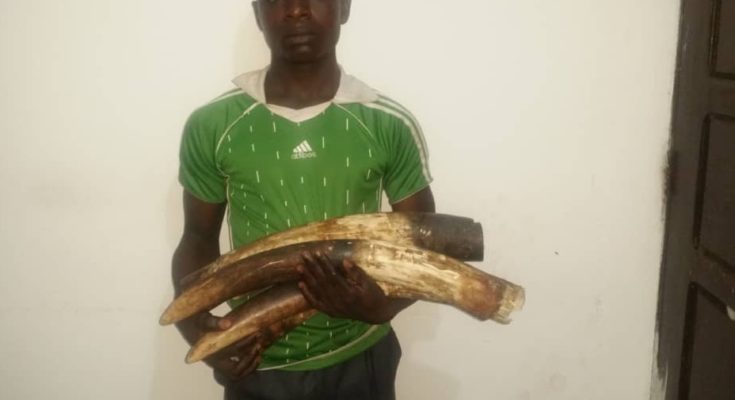 Four smugglers have just been arrested with 300 kg of ivory and 2.5 tons of pangolin scales (protected species) in Douala, the Cameroonian economic capital.
This was during a checking carried out by a team of police officers and agents from the wildlife ministry.

Laga, a well-known Wildlife Protection NGO in Cameroon, said the four alleged traffickers were carrying their cargo in two vehicles when they were arrested.
“Following preliminary investigations, it was discovered that they were long-time traffickers, mainly supplying the Nigerian illegal market. They recently delivered a shipment of ivory and pangolin scales to Nigeria,” says Laga.
Investigators indicate that ivory and pangolin scales come mainly from the southern and eastern regions of Cameroon.

The Wildlife Law governing the sector in Cameroon provides that any person found in possession of parts of a fully protected species is liable to a prison sentence of one to three years and a fine ranging between XAF3 to 10 million.

A recent report from the International Union for Conservation of Nature (IUCN), showed that about 110,000 African elephants have been decimated by poachers over the past decade. Worse still, between 400,000 and 2.7 million pangolins are poached each year in the forests of Central Africa.