Gabon: Elephants return to rainforest after poachers hunted to extinction 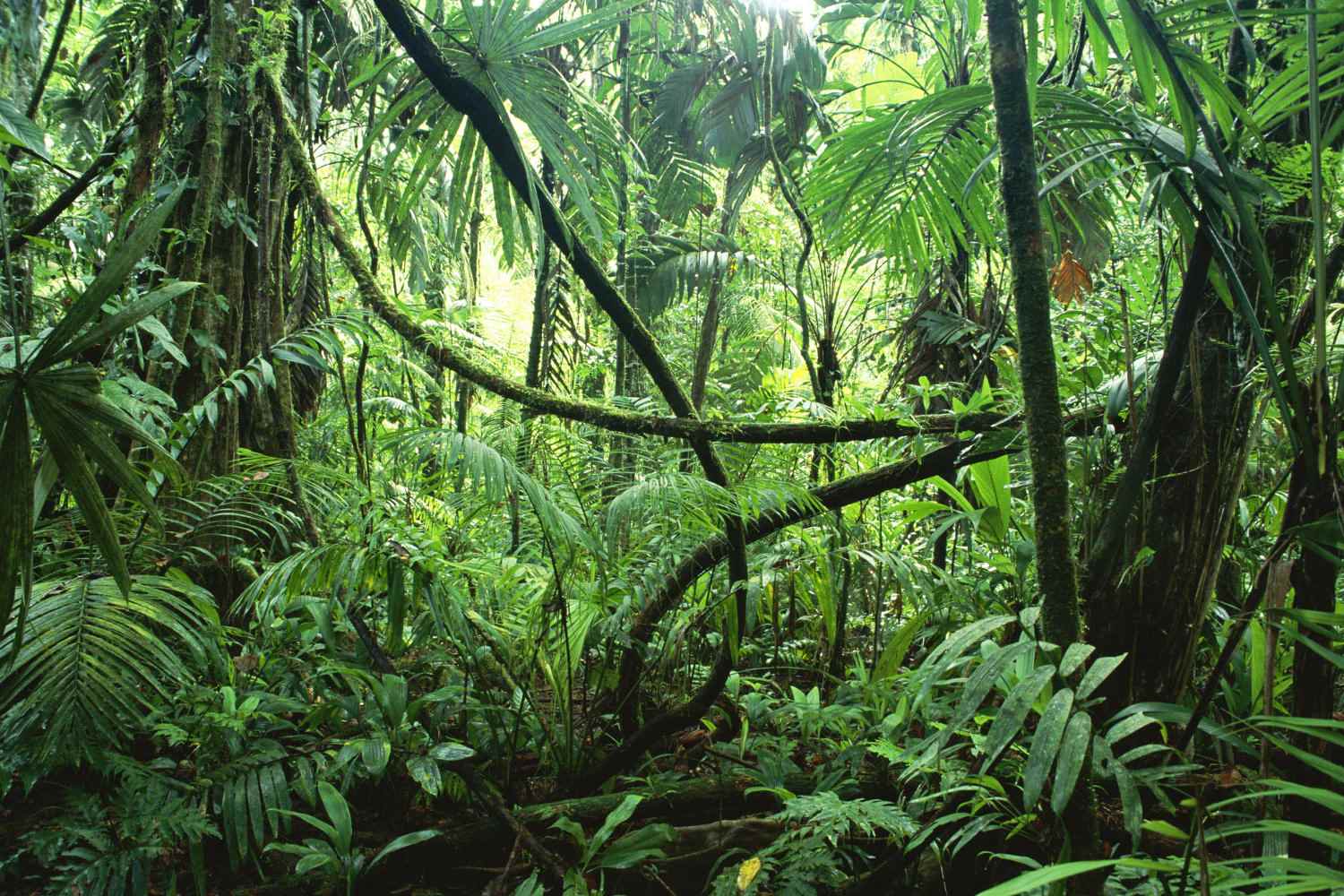 By Jonathan Clayton, The Times

The young tracker stopped abruptly, putting a finger to his lips to signal that nobody should move. Through the half light of the thick forest, a small herd of elephants appeared before gliding past.

Later, after wading through swamps and slipping on muddy banks, we came upon gorillas eating fruit on a patch of marshland. A great silverback fixed us with a glare, shrugged his shoulders and continued the feast.

Gabon’s equatorial rainforest, which covers 85 per cent of the country, boasts the largest populations of gorillas and forest elephants in the world. It is a rich environment where plants and animal species are still being discovered.

Barely a decade ago, it was feared this abundance, a crucial part of the much larger Congo Basin rainforest, the second largest in the world after the Amazon, would be destroyed by 2020.

Back then visitors would more likely have stumbled upon elephant carcasses with great empty chasms where their fine ivory tusks — pinker and more valued than those of plains elephants — had been gouged out with chainsaws.

Poaching, illegal logging, gold mining and bushmeat hunters all threatened its future. But the forest found a timely, albeit unlikely, saviour in the form of “playboy” President Ali Bongo Ondimba, an enigmatic figure who took over from his father Omar Bongo who ruled for 42 years until 2009.

The Sorbonne and Harvard-educated president with a penchant for the good life, particularly Rolls-Royce cars, boats and champagne, once told The Times that his challenge was to convince “my people that a tree left living is more valuable than a tree cut down; an animal left alive is more valuable than one dead”.

Growing up as the son of one of Africa’s longest-serving dictators, he spent many months alone in presidential retreats deep in the forest, he said. “I had few friends except the animals. I thought everyone had them at the bottom of the garden.”

The man he chose to help him was a British-born zoologist. Professor Lee White, a soft-spoken Mancunian of Scottish ancestry, had come to Gabon as a student in 1989 and stayed on because it was a zoologist’s dream. First, he became director of the national parks agency. Today, he is minister of the environment and maritime affairs.

The two committed environmentalists make an unlikely pair but together they declared war on the poachers with a ferocious commitment rarely seen elsewhere on the continent. Armies of park rangers, armed to the teeth and trained and equipped by the British army, fought back. Both sides took casualties in bloody confrontations reminiscent of Latin America’s narco wars.

The president passed tough pro-environment legislation, jailed ivory smugglers, kicked out illegal loggers but, crucially, also allowed businesses land for sustainable activities, including palm oil production and legal logging as long as processing was done in the country. This attracted criticism from the purists who want no interference with nature.

“To save the forest, you have to be able to exploit the forest,” White, now 57, said. “We have to encourage the private sector, only by giving the forest value will people then ‘value’ it. It is all about management.”

Over the past ten years, Gabon — a former French colony which joined the Commonwealth in June — has increased its elephant population by more than a third to 95,000. Over the same period the population in the neighbouring countries fell by 50 per cent. Gabon is also the most “carbon positive” country in the world.

In recognition of its success, Gabon and White will lead the Africa side at Cop27 talks this November in Egypt. Using Gabon as a model, they are now turning their attention to saving the rest of the forest, most of which is in Democratic Republic of Congo and disappearing fast as peasant farmers slash and burn it away.

White argues that local people must be paid for not destroying the forest and encouraged to adopt new farming techniques which they currently cannot afford. The world should be willing to pay a minimum of $2.5 billion to the DRC to finance an “agricultural revolution”, he said.

He added: “We know how to do tropical agriculture without slash and burn, mulching compost and cow dung and growing legumes to fix the nitrogen in the soil. The world should be willing to pay to finance an agricultural revolution which is in the world’s interests.”

White says that if the forest is lost the result for the world will be “cataclysmic”. It is known as the “lungs of the world” for good reason, and contains eight years’ worth of global carbon emissions — 45 per cent locked in its trees and 55 per cent in the soil.

Although the Amazon is three times larger, the Congo forest absorbs 100 times more carbon because it is much healthier. “It will mean the end of rainfall in places like Ethiopia. The Nile running dry, the total implosion of Africa with the danger of 500 million climate refugees . . . It is make-or-break time, we are in another war we cannot afford to lose. Gabon has shown it can be done,” declared White.