Gabon plans to become a green superpower by harnessing its rainforest 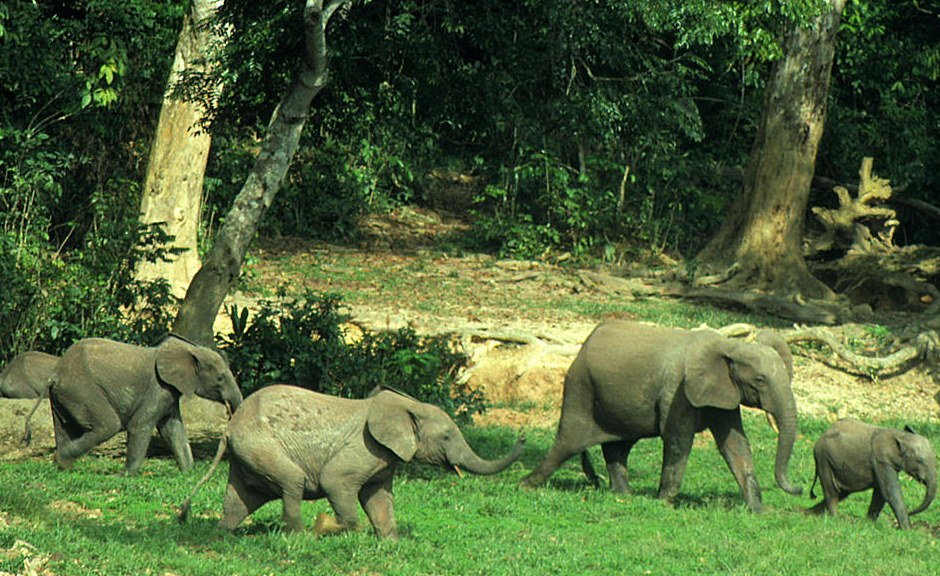 With a sprawling jungle covering nearly 90% of the country, Gabon, whose economy has historically been reliant on oil, is looking to harness its rainforest to become a green superpower. As chair of the African Group of Negotiators on Climate Change, the country will be at the heart of climate negotiations during the upcoming United Nations Climate Change Conference.

With the Amazon now emitting more carbon dioxide than it is capturing, the central African nation is looking to establish its seat at the table through its rainforest, which forms part of the Congo Basin, known as “the lungs of Africa.”

Gabon, the second-most forested country on the planet, is home to threatened species including forest elephants, leopards, giant pangolins, and okoumé — a tree that provides sought-after plywood and other wood varieties.

To preserve its biodiversity, Gabon is looking to partner with NGOs that work in the technical aspects of conservation, Lee White, minister of forests, oceans, environment, and climate change, told Devex.

His ministry has existing NGO partners. The Nature Conservancy, based in the United States, is helping it manage hydroelectric power from the Ogooué Basin — 86,000 square miles of river, with the majority in Gabon. The Nature Conservancy and Panthera — which specializes in carnivore protection — are providing technical support by helping Gabon classify its freshwater ecosystems and rebuild its lion population. Wildlife Conservation Society helped with planning for the country’s 13 national parks, which were established in 2002.

“Where there is a niche for NGOs is really in cutting-edge science and monitoring, and so we’re actually looking for more support from NGOs on the more sophisticated side of conservation and land use planning and forest management,” White said.

“What we want to move to is a situation where we actually sell carbon [credits], and that requires us to have very good systems for quantifying, monitoring, and a good register to make sure there is no double counting and so on.”— Lee White, Gabon’s minister of forests, oceans, environment, and climate change

“It’s more the satellite monitoring of illegal logging, the science of monitoring wildlife populations to see if they’re increasing or decreasing — the technology that you can apply to the challenge of conservation management.”

In June, Gabon became the first African country to receive payment for reducing carbon emissions. The payout is part of a deal that covers up to $150 million in conservation financing and was brokered by the Central African Forest Initiative on behalf of the Norwegian government.

On Sept. 13, Gabon passed a law allowing it to trade carbon credits, according to a document seen by Devex. Each credit is equivalent to the nation sequestering or avoiding the emission of 1 metric ton of carbon dioxide.

Other countries and organizations can buy these from Gabon to offset their emissions. Gabon is registering its credits with the United Nations Framework Convention on Climate Change, and individuals will be able to buy them after they are approved, although White said he expects most sales to involve private companies or other governments.

White argued that “carbon-negative” countries such as Gabon should be better rewarded for their conservation efforts, and the minister is planning to put $5 billion worth of carbon credits on the market in the next few months.

“What we want to move to is a situation where we actually sell carbon [credits], and that requires us to have very good systems for quantifying, monitoring, and a good register to make sure there is no double counting and so on,” he said.

The CAFI deal involved Gabon and Norway agreeing on which activities are good for forests, and Gabon is only allowed to spend the money on direct conservation. But White said he wants the ability to invest money made from Gabon’s carbon credits not just on conservation but also on building the economy.

That could be through direct investment in sustainable forest management, ecotourism, and national parks. White said well-managed ecolodges could create jobs for locals so they’re less likely to turn to poaching. Having visitors and workers at the lodges also means a reduced need for rangers to monitor the animals. Business brought in by the lodge can also help propel the local economy.

With over 50,000, Gabon has more African forest elephants than any other nation. But animal poaching poses a threat, as elephants are a prime target for their ivory.

Marthe Mapangou, one of White’s advisers and formerly country manager at the World Wide Fund for Nature in Gabon, said that despite these challenges, the nation’s forest elephant population is increasing. But it has waned in the north by the borders with Cameroon and the Republic of Congo, where most of the animal traffickers enter the jungle, Mapangou said.

“They are coming from Cameroon or Congo, but that doesn’t mean they are Cameroonian or Congolese. … The nationality of the poachers is very different. We have people from West Africa, we have Chinese, etc.,” she told Devex.

Poachers are becoming more heavily armed, and the government needs to collaborate with NGOs to stop them, Mapangou said. When she was at WWF, Mapangou pushed politicians to establish common anti-poaching patrols in Cameroon, the Republic of Congo, and Gabon.

“It is something we need to continue, and governments have also started to discuss this issue together. At the end of the day, it is our common goal because elephants, gorillas, and other animals don’t know frontiers. They don’t need a visa. They just live from one country to another.”

“We’re actually looking for more support from NGOs on the more sophisticated side of conservation and land use planning and forest management.”— Lee White, Gabon’s minister of forests, oceans, environment, and climate change

But increased elephant presence near villages has put some locals in jeopardy. Marie Christine Adegoh, who works on a plantation in central Gabon’s Boléko village, found that expanded protection of elephants in the area nearly led to her having no food.

“The elephants come into the plantation and eat just about everything. It cost us a lot of money,” said Adegoh, age 65.

More and more animals, especially elephants, are staying closer to the villages because deforestation and climate change have caused fruit and other food to dwindle in parts of the forest.

After elephants ate most of the plantation’s produce, the government in 2020 installed a solar-powered electric fence — measuring 2.2 miles long and 7,000 volts — to stop them from breaking into the site. Adegoh has since been able to continue selling cassava and bananas from her plantation, though thousands of other villagers in remote areas of Gabon aren’t as fortunate.

“We were upset before, but now we don’t mind if elephants are protected, as long as they don’t come to our plantation,” Adegoh said.

Jack Dutton is a freelance correspondent and editor based in Cape Town, South Africa. For seven years, he has reported on topics ranging from politics and development to business and culture. He previously worked in London as digital editor for the United Arab Emirates’ The National newspaper, where he covered major global stories including the COVID-19 pandemic, Brexit talks, and the 2020 U.S. election. Prior to that, he was an editor at Euromoney, covering the aviation sector for Airfinance Journal magazine. His freelance writing has appeared on Al-Jazeera, Newsweek, the Guardian, The Independent, The Psychologist, and more.