How do you make elephants bee-hive? Kenyan farmers now live in harmony with their jumbo neighbours – and it’s all thanks to bees 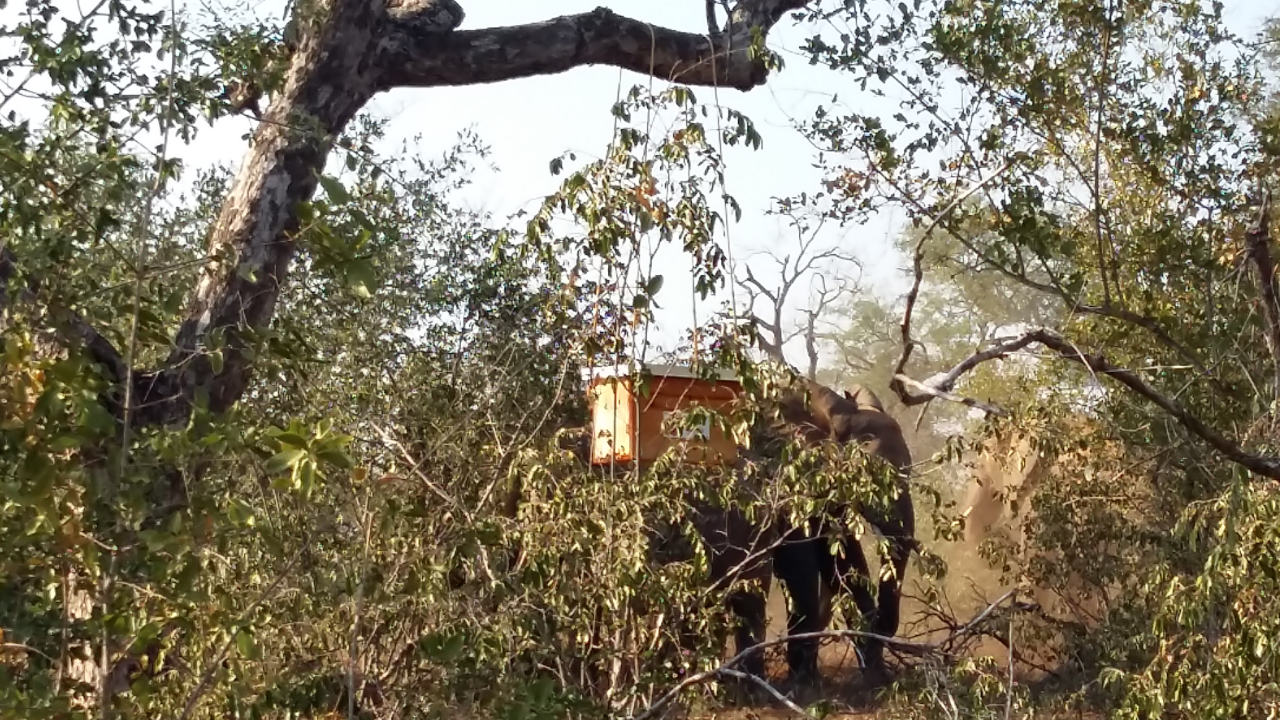 The best way to scare an elephant isn’t with a mouse. As Maasai farmers in Kenya are finding out, it’s more effective to keep bees. Beehives strung along a perimeter fence are a simple, cheap solution to the problem of marauding elephants.

The animals’ trunks are more sensitive than human skin, so the threat of a bee-sting is enough to make most herds give the farms a wide berth. That’s why the locals in Shompole paint their hives yellow to make them stand out.

An aerial survey in 2019 estimated there are 350 elephants in Shompole, in the Great Rift Valley, and around 250 of them belong to one extended family.

Elephants are perhaps the most important animals in Africa’s savannah grasslands because they physically shape the landscape – opening up woodlands, carving paths and creating habitats for numerous smaller animals and birds. 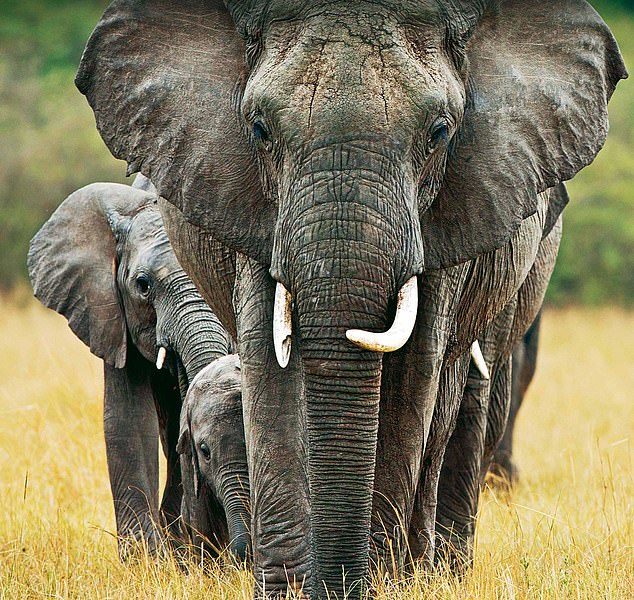 Dr Jenny Cousins reveals elephants are competing with people in Kenya for scarce food. Pictured: A herd in the Maasai Mara

They spend 12-18 hours a day eating or foraging for food, and need to consume up to 330lb of vegetation daily. They also need to drink up to 50 gallons of water a day.

This is increasingly bringing them into conflict with farmers. ‘With wildlife habitats shrinking and droughts getting worse, elephants are competing with people for scarce food and water,’ says the Worldwide Fund For Nature’s Dr Jenny Cousins.

One of WWF-UK’s solutions is to fit the animals with tracker collars. ‘Knowing where elephants travel allows us to focus our efforts,’ says Dr Cousins.

It also enables the charity to get to know individual animals – and to identify troublemakers, such as the matriarch Ivy, who’s particularly bolshie.

If Ivy was a character on Coronation Street, she’d be the one with her hair in curlers and a rolling pin in her fist. She’s also a big eater who enjoys a midnight feast from a farmer’s field.

She hides in the bushland during the day and emerges to raid in the small hours. An estimated 80 per cent of everything she eats is stolen – which puts her at risk of harm from angry villagers.

If only she was more like Fred, an elderly chap with huge tusks. He takes no interest in farmed crops, seeking out tender leaves that grow beside the streams. 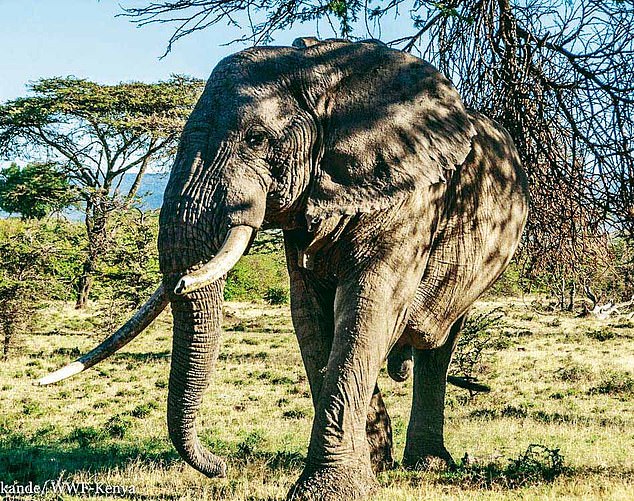 Albert Kuseyo who grew up in Shompole, teaches farmers to see the elephants as an essential part of their lives. Pictured: One of the creatures tracked by WWF-UK

One of the friendliest elephants in the Maasai Mara park is Tressa, the 36-year-old mother of a four-year-old calf. Tressa is part of a family made up of nine other females, ten bulls and four adolescents. She’s fond of humans and lets vehicles drive right up to her.

All these elephants have collars, and the team can track them using an iPhone app which tunes in to a GPS signal. It’s part of a successful conservation effort that has seen elephant numbers more than double in the region to 2,500 in the past 36 years.

Thanks to education programmes, helping villagers understand how vital elephants are to Kenya’s future, poaching has ceased in some areas.

WWF-UK also provides practical assistance such as building elephant-proof water towers for villages. One conservationist, Albert Kuseyo, grew up in Shompole but never saw a wild elephant until he was 34.

When he did, he was surprised at how fast they move. ‘Now I’ve learned how to avoid them, and how to behave when you meet them in the bush,’ he says.

Albert’s job involves teaching farmers to see the elephants as an essential part of their lives. He’s also in charge of the beehive project.

Now the locals have a new source of income, selling their honey. If Ivy doesn’t want a bee in her ear, she’ll have to look elsewhere for dinner.