How honeybees are helping Ugandans and elephants harmoniously co-exist 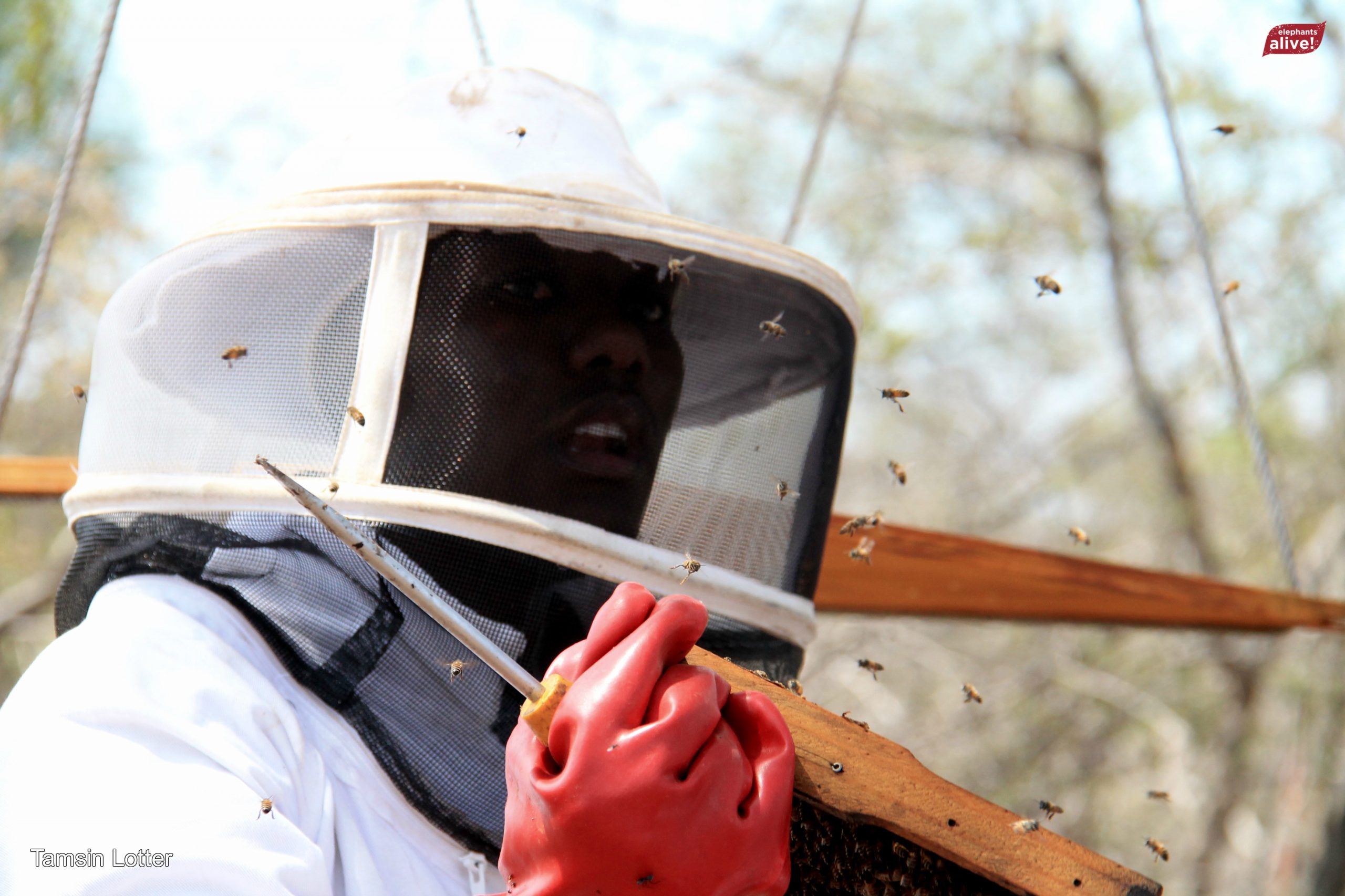 On November 15, Ugandan ranger Scot Guma was killed by elephant while responding to calls from a community struggling with animals crossing over from Murchison Falls National Park.

“We had about six million people in 1959. Today we are about 42 million,” he frowns, commenting on his country’s population boom. “People have invaded some of the forested areas and wetlands, and we estimate about 50% of Uganda’s wildlife now lives outside protected areas.”

In the past few years, elephants have accounted for more than 70% of complaints received by the wildlife authority. But rather than resort to culling or expensive programmes to shift troublesome animals elsewhere, George has created a buzz with a novel method to help communities and wildlife harmoniously co-exist.

“The African honeybee has been documented to be very hostile and aggressive,” explains George, who spearheaded a project to successfully establish 400 productive beehives along the boundary of Kibale National Park, an evergreen rainforest in Western Uganda popular for its chimp tourism.

“The bees sting the softer parts of the elephant around the trunk, the eyes and the ears, causing temporary swelling and pain.”

As a result, elephants have steered clear of the defensive barrier, limiting crop raids by 80% in the last six years. But the scheme has a three-fold impact; it’s helping to increase numbers of the African honeybee, endangered by agrochemicals, and has the potential to boost local economies through the sale of honey.

“Since 2014, we’ve generated over 1,000kg of honey; that’s about two million Uganda shillings,” proudly claims the conservationist, who came up with the idea after reading about a similar study carried out in Northern Kenya. Although currently that’s only enough for local consumption, there are plans to export internationally once the programme has been implemented in other parts of Uganda.

Inheriting a desire to protect the environment from his father, who worked as “a trained forester”, George recalls being mesmerised by wildlife calendars “full of beautiful photographs of the flowers and the animals”, which would hang in his home.

But a career spent working with institutions such as the Ministry of Tourism, Wildlife and Antiquities, the National Forestry Authority and the Jane Goodall Institute, led him to realise communities lay at the core of African conservation.

Even though his time is now spent in the office, where he’s helped draft important government policies, he regularly inspects Uganda’s 10 national parks and 12 wildlife reserves.

“I like walking in the forest. I like watching the communities, talking to them and sharing their concerns and trying to resolve some,” he says. “Poverty is one of the principal causes of environmental degradation, poaching and the illegal wildlife trade. Unless people strike a balance between the cost and the benefits, they won’t want to be helping wildlife.”

George Owoyesigire is shortlisted for this year’s Tusk Award for Conservation in Africa, sponsored by Land Rover.