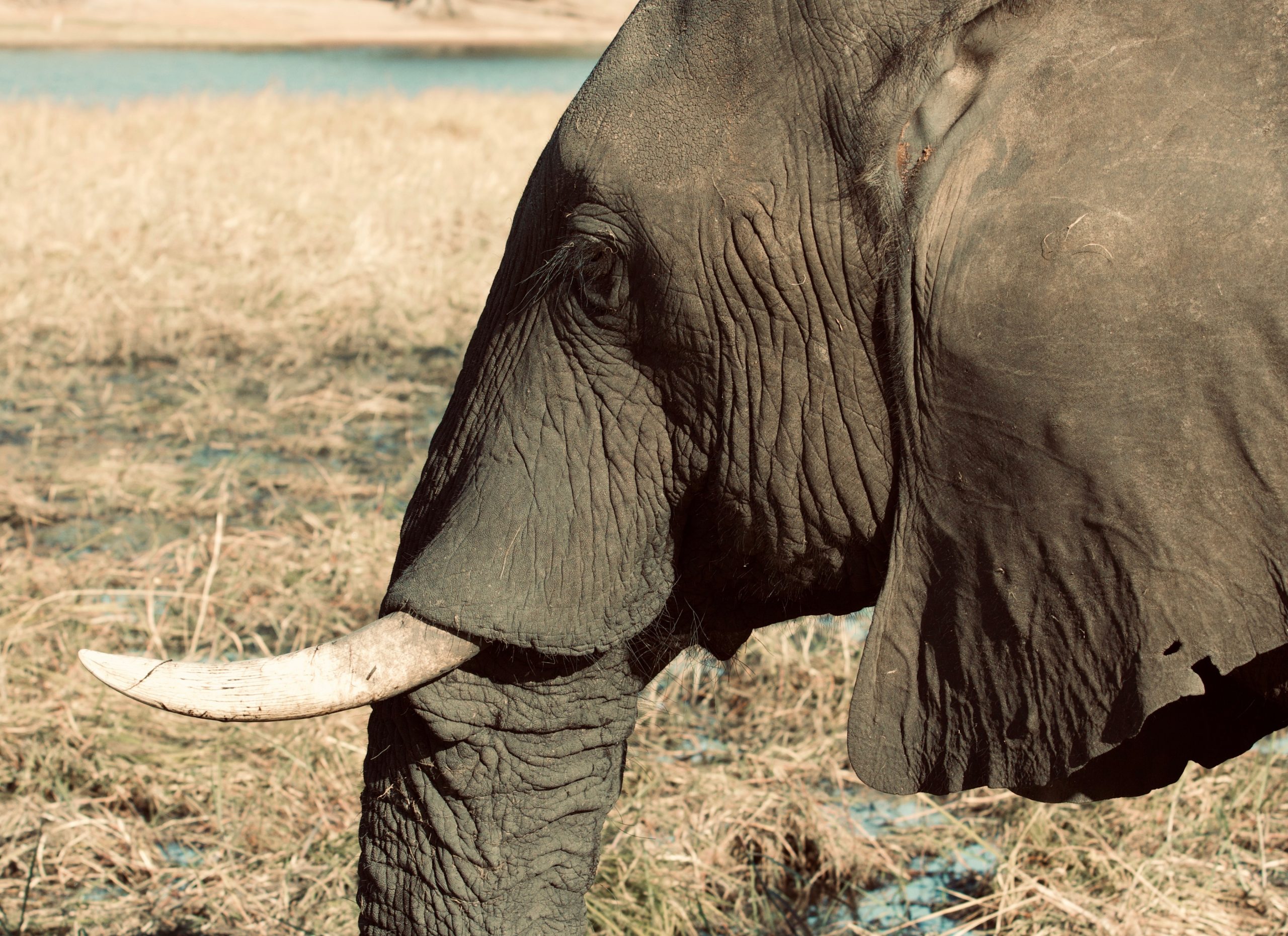 Benson Kanyembo is this year’s winner of the Tusk Wildlife Ranger Award, initiated by the Duke of Cambridge. Sarah Marshall shares his story.

Frowning with concentration, Benson Kanyembo stares through the window of a Cessna 180, scanning every inch of Zambia’s South Luangwa National Park. Flying low and slow, the light aircraft glides above a sun-scorched savannah, where mopane trees cling on to their last remaining leaves, sandbanks are streaked with hippo trails and herds of elephants march towards the river in a weary, thirsty parade.

Although scenic, these flights have far greater importance. The law enforcement adviser is searching for smoking embers from fresh fires, tell-tale signs that poachers have invaded the park. This morning – to everyone’s relief – only old scars pockmark the landscape, although they serve as a reminder of why Kanyembo and his team can never give up.

Employed by NGO Conservation South Luangwa (CSL), the 48-year-old ranger leads a team of 66 community-based scouts to protect one of Africa’s most popular safari destinations.

In an announcement today, he was named 2019 winner of the Tusk Wildlife Ranger Award – a prize initiated by the charity’s royal patron the Duke of Cambridge four years ago, to give international recognition to the men and women risking their lives to defend Africa’s wildlife. On Nov 21, he will be presented with a medal and a grant of £10,000 at the Tusk Conservation Awards in London.

“This is my national heritage, my birth. I’m here to save Mother Nature,” explains Kanyembo while walking briskly from the airstrip to his four-wheel drive. The robust mountain of a man takes everything in his giant stride. “This isn’t work for me,” he says.

With almost 5,400 sq miles (14,000 sq km) of ground to cover, monitoring South Luangwa and its adjacent game management areas is an enormous task even for someone of Kanyembo’s physical stature. Communities come into daily conflict with wild animals in a crush of diminishing habitats, and with an increasing number of mouths to feed, an illegal bushmeat trade still exists. Although greatly reduced, the spectre of ivory poaching looms. Based in Mfuwe, near the park’s main gate, CSL are on the front line in every respect.

Passing safari vehicles filled with tourists on our way to the NGO’s headquarters, we run into a commotion. Angry members of the community are hurling rocks at an elephant that has been lured by the scent of fruiting mango trees.
Fearing the animal will inevitably retaliate and injure someone, Kanyembo calls his scouts to intervene. More often, however, animals are victims rather than culprits. Two days ago, scouts apprehended a fisherman carrying 500 lethal coils of wire to set as snares, and last month Kanyembo tells me he made 11 arrests.
Most leads are generated by his network of informants, all patiently groomed and equipped with mobile phones – often at his own cost.

“I know at the end of the day it will pay me; it will help me,” he reasons. Raised by a father who was a policeman and a mother who worked as a prison warden, Kanyembo claims he was born with a good moral compass. “Even though I was young, I knew that if we did something bad to nature it would come back to bite us,” he recalls.

From 22, he worked in North Luangwa as an informer and anti-poaching scout – shifting to CSL 17 years later in 2009. Early on, the sight of an elephant carcass aroused a determination to “catch these people so they should pay for what they’ve done”.

His real strength, however, was having the foresight to understand he couldn’t work alone. Back at the park’s control room, large wall maps pinpoint where scout units will be deployed for the weeks ahead. Although raging heat and aggressive mosquitoes make the bush physically demanding, mental resolve is hardest to build, I am told. A tough disciplinarian, Kanyembo puts his students on a strict training scheme.

“I’ve reached the stage where my name can bring me problems or it can get someone employed,” he laughs. It would be easy to resent such a tough martinet, but Kanyembo’s willingness to join in tasks breeds respect from his students rather than contempt. “I’ve walked up to my neck in crocodile-infested water,” he says, recounting one especially difficult expedition. “It’s important for senior officers to accept the same challenges.”

When scouts return from the field, their movements are reviewed on a GPS CyberTracker and each person is invited to share their concerns. “They shouldn’t take me as a boss but as a friend who is there to help.”

Early the following morning, when dawn casts tangerine ribbons of light through the bush, we drop scouts off for their daily patrol. Having worked late, Kanyembo is weary, but he refuses to take a break, believing “poachers will take advantage if you don’t give 24/7”.

Puffy eyes aren’t the only drawback of this job. Kanyembo admits his personal life has suffered as a result of working away for long periods, contributing to the collapse of his marriage. He accepts sacrifices are inevitable and finds renewed energy through achievements such as the Tusk award.

“It motivates me,” he says as we walk along the river. “Now, with this award, I need to push even more, work hard, educate more, delegate more. I need to groom a future generation so other people will continue to help save Mother Nature.”

Ahead of us, the first of this season’s southern carmine bee-eaters blaze like a spray of brilliant red arrows. In the water, hippos settle into a languorous wallow. In the forest, giraffe ossicones bristle above treetops.

Spreading his arms to embrace it all, Kanyembo shakes his head.

“How can people talk about heaven when they have never been? This is my heaven – right here. We don’t have another world.”