In plan for African wildlife corridors, there’s more than one elephant in the room 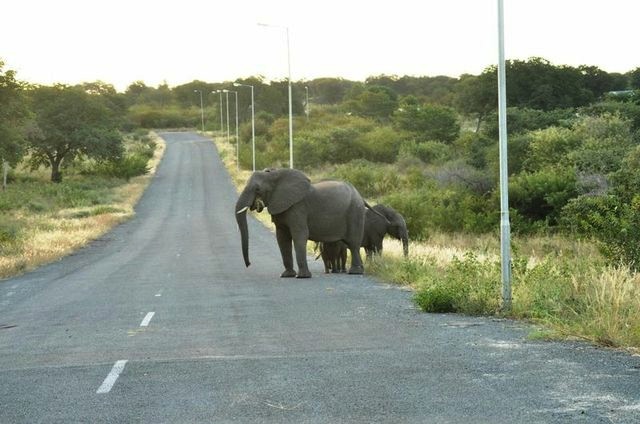 An international conservation group is pushing forward with ambitious plans for extended elephant corridors in Africa that would allow the animals room to move more freely — not just across adjacent borders but across the length and breadth of nearly half the continent.

“We know that climate change models are pointing to some areas getting drier and others getting wetter,” said Jimmiel Mandima, vice president of global programs for the International Fund for Animal Welfare (IFAW), the group behind the “Room to Roam” plan, “and elephants need to move.”

That need is growing, fueled by pressures from climate change and human population growth.

Savanna elephants (Loxodonta africana) are now restricted to just 14% of their former range, and many of them are confined to national parks, forest reserves and wildlife conservancies.

These “broken plates,” as Mandima calls them, are isolated and could lead to inbreeding, hastening the decline and possibly even extinction of some elephant subpopulations.

The plan, which is still at the conceptual stage, would likely involve the difficult challenge of reaching agreement with thousands of private, traditional and public landowners in East and Southern Africa.

The two regions together are home to most of Africa’s increasingly endangered population of 400,000 or so savanna elephants.

IFAW works in a number of key elephant ranges in both Southern and East Africa: in Zimbabwe’s Hwange National Park; in transboundary conservation areas in Malawi and eastern Zambia; and with communities surrounding Amboseli National Park in Kenya.

It is counting on the support of partners that share its vision, including regional governments, other conservation NGOs, donors and development agencies.

If implemented, the Room to Roam project would identify areas of land of vastly varying sizes between the current national parks and protected areas over the next 15-40 years, before this land is converted to other uses like agriculture or housing development, and secure commitment for its use by elephants.

It would also involve identifying funders, and winning over communities where coexistence between humans and wildlife may not be popular.

Allowing elephants to move across international borders is not new. Nor is the creation of pathways or “elephant corridors” between protected areas.

Where IFAW works with communities around Kenya’s Amboseli, elephants move between the park and northern Tanzania via a group ranch owned by pastoralists. IFAW has forged agreements with the landowners to set aside parts of their land for elephants, allowing them safe passage.

But even the current TFCAs are not a panacea for the elephants’ plight, Mandima said. More than 60% of elephants migrate out of protected areas where they invariably come into conflict with humans.

Lise Hanssen, director of the Kwando Carnivore Project, a conservation group that works in Namibia’s Zambezi region to ease human-wildlife conflict, said Room to Roam “would be of huge benefit to people and conservation” — if it worked.

But she said that even in the heart of the Kavango-Zambezi TFCA, her organization struggles with human settlement patterns and land clearing.

“While I believe that connectivity is doable and we must strive towards this goal, when one zooms into the landscape, the challenges are enormous,” she said.

“The Namibian CBNRM [community-based natural resources management] program has decades of history of engagement with communities and [yet] challenges to connectivity remain a struggle.”

Tanzania-based conservationist Tim Davenport, a former country director for the Wildlife Conservation Society, said it would be difficult for Room to Roam to straddle two very different geopolitical regions.

He pointed out that areas outside protected areas in East Africa are heavily populated: in Tanzania alone, the human population grew to 59 million in 2020, up from 35 million in 2002.

“The [Room to Roam] concept does not currently explain its advocacy intentions, how it would tackle large-scale human-elephant conflict, or why current practitioners would wish to be subsumed within IFAW’s vision,” he said.

Mandima told Mongabay, however, he was confident that IFAW’s peers, including those working in central and southern Tanzania, shared its vision.

“We talk, we coordinate,” he said. “We are all working to improve elephant management. To do that you have to minimize conflict by securing corridors.”

Time may be running out. And it’s not just to do with the anticipated pressures of climate change and growing populations.

Most countries in these regions are pursuing robust development agendas to improve food security and infrastructure. As these are put in place, there is a high risk that they will compromise potential wildlife habitat, especially for elephants.

Mandima said this is one more reason to set aside space for them.

“If we continue to create spaces for other developments without paying much attention to what would be needed for elephants,” he said, “we may not be able to reverse it.”