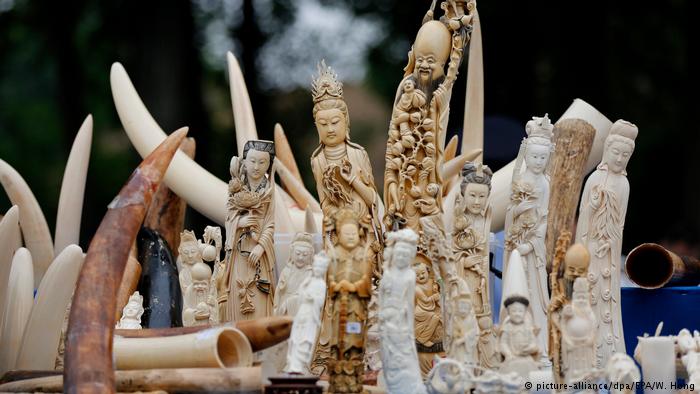 By Miranda Green, The Hill

The European Union and Japan will be able to keep their domestic ivory trades open despite a push to end the market globally at this year’s international wildlife trafficking meeting in Geneva.

The decision, concluded Wednesday at the 18th meeting of the Conference of the Parties’s (CoP18) discussion of the Convention on International Trade in Endangered Species (CITES), will allow the two regions to continue sales of ivory within their borders.

Nevertheless, environmentalists are seeing the outcome of the meeting as a positive. Countries confirmed a commitment to eventually close all domestic ivory markets and agreed on a consensus to focus their scrutiny on any remaining open markets.

Domestic ivory markets such as the EU and Japan will be subjected to more stringent record keeping, including regularly reporting on measures they are taking to make sure their domestic trade does not contribute to poaching or a black market.

“This is a great outcome for elephants,” said Tanya Sanerib, international legal director for the Center for Biological Diversity.

“Many countries have closed their markets since CoP17 but countries like Japan still need to take action. The Decision today will help ensure that markets are closed and elephants are protected,” Sanerib said.

The proposed call to close domestic markets was brought forward by a coalition of states including Burkina Faso, Côte d’Ivoire, Ethiopia and Kenya. It contrasted with arguments from five other African nations including Zambia, which pushed to reopen ivory trade within their borders.

While the ivory trade was effectively banned through CITES in 1989, rising elephant numbers in Botswana, Namibia, South Africa and Zimbabwe led to downgrading of protections in 1997 and 2000, which allowed sales to restart and ivory to be stockpiled internationally, largely in Japan and China.

More recently, a clear link between the ivory trade and illegal poaching of African elephants has placed pressure on countries to shut down their markets. China, the largest market for elephant ivory, banned its domestic trade in 2017. Singapore announced this year it will ban its ivory market by 2021.

Israel announced the recent closure of its own ivory market during discussions and Australia announced it intends to follow suit soon.

A near total ban on the trade of ivory went into effect in the U.S. in 2016. Imports of elephant hunting trophies are also heavily regulated, based largely off population reports conducted by CITES.

Wildlife advocates say the spotlight will continue to rest on Japan, which experts believe has the strongest ivory trade.

Between 2011 and 2016, about 2.4 tons of illegal Japanese ivory exports were seized, with the majority found in China, according to a report by TRAFFIC, a wildlife nongovernmental organization.

“The big question now is whether Japan will close its domestic ivory market,” said Sanerib. “Given recent seizures, it is clear Japan is contributing to illegal ivory trade and we hope they will close their market.”