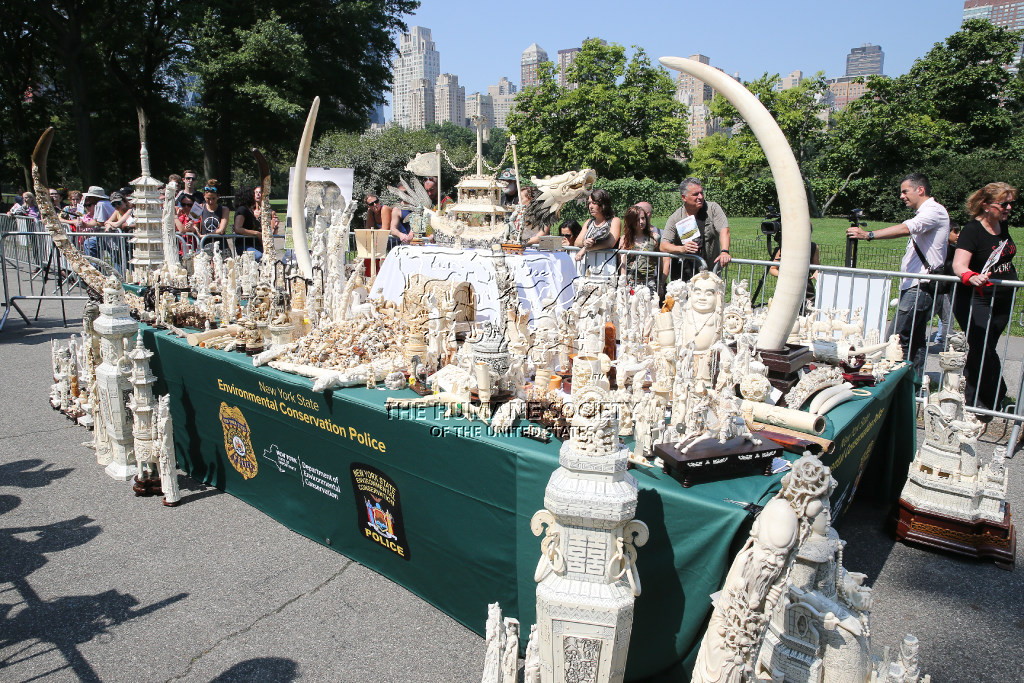 A report released today by WildAid and the Japan Tiger and Elephant Fund (JTEF)­ documents ivory businesses in Tokyo targeting Chinese customers, who knowingly operate with the assumption that the purchased ivory items will eventually be exported, evading direct involvement in illegal export, and complying with the laws and regulations on domestic ivory trade.

‘TOKYO IVORY Catering to International Orders: An investigation behind the scenes of persistent illegal ivory exports’ documents undercover investigations conducted in 2018 and 2019 into two companies managed by Chinese nationals. The first company revealed that the ivory items bought by customers at its shop had been seized by Customs in China, and that “a dozen of them had been arrested.” The second business admitted to regularly producing items for Chinese customers from tens of thousands of cut ivory pieces stocked in its workshop, and even manufacturing specific items specially ordered by customers in mainland China.

These latest findings from WildAid & JTEF challenge claims by the Government of Japan that its domestic ivory market is not contributing to illegal trade. Ivory from more than 250,000 African elephants has been imported to Japan since 1970, including a significant portion from poached elephants, and it remains the most visible and largest legal ivory market existing today.

Tokyo’s largest ports of entry and exit for illegal international movement of ivory, the ivory suppliers managing 3,000 trading facilities accounting for 18% of those across the country, and consumer demand for ivory from domestic residents and international visitors are especially troubling. In January 2020, Governor Koike announced the establishment of the Advisory Council on Regulation of Ivory Trade (TAC) to assess the ivory trade in the jurisdiction of Tokyo and identify measures to prevent illegal ivory trade and export. TAC’s 4th meeting will be on March 29.

“There’s clear evidence proving that the legal ivory market of Japan has been facilitating illegal export. Japan must not continue to violate the unanimous decision on closure of domestic ivory markets contributing to poaching or illegal trade by the Convention on International Trade in Endangered Species of Wild Fauna and Flora (CITES),” said Masayuki Sakamoto, Executive Director of JTEF.

“The Tokyo Metropolitan Government should prohibit ivory trade and close this export loophole. This will be an important action for protecting elephants and will be welcomed by the international community,” Baker added.

Over the nine-year period between 2006 and 2015, Africa has lost approximately 111,000 elephants (Loxodonta africana), due to poaching for ivory that was exclusively serving demand in international markets. This led to a decline in the African elephant population. In response to this crisis, in 2016, the 17th meeting of the Conference of the Parties (CoP17) to CITES recommended closure of domestic ivory markets in the countries which are contributing to poaching or illegal trade. The US, UK, China, Hong Kong SAR, Israel, New Zealand and many others have closed or restricted their ivory markets. The European Commission, on behalf of the EU, recently released new measures which aim to effectively ban the trade in ivory within the EU. This action will leave Japan as the last major legal ivory market.