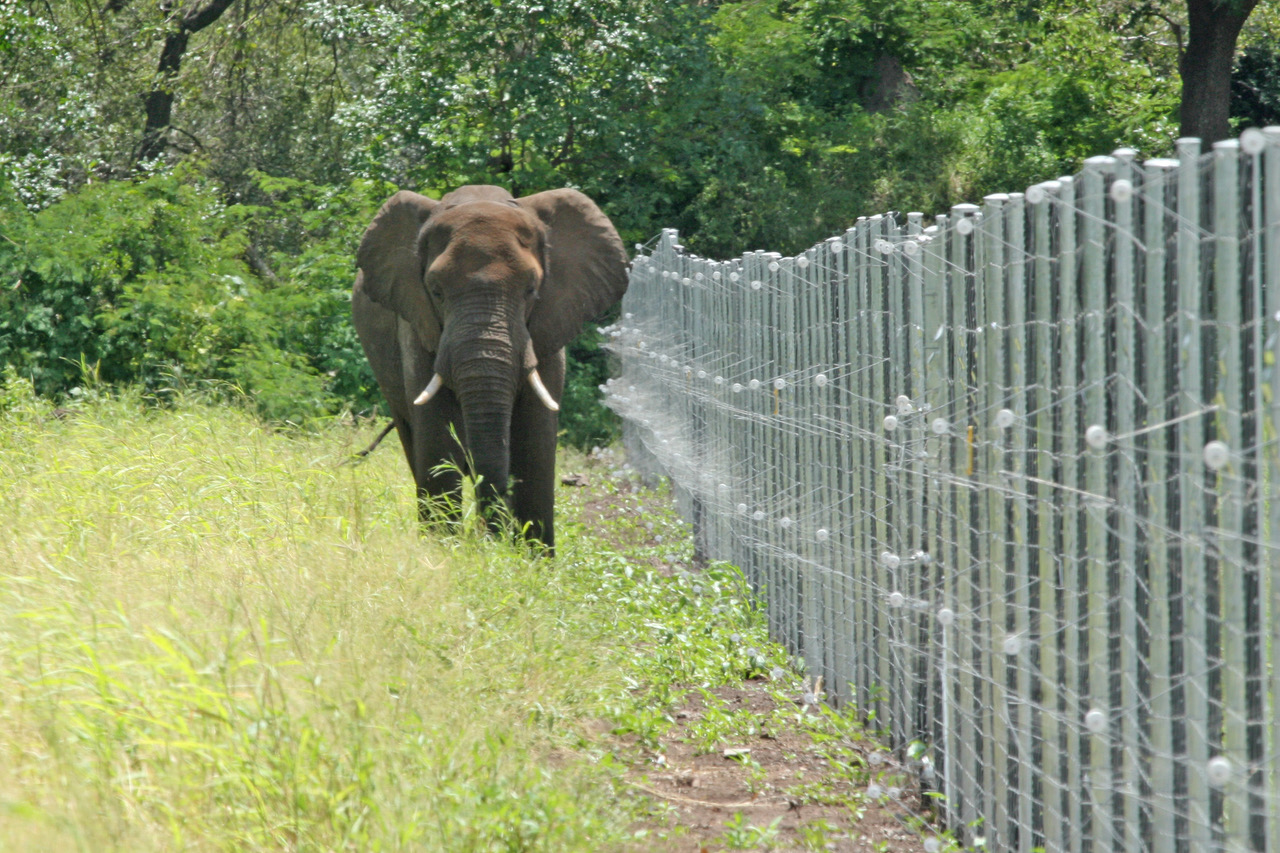 If Africa’s elephants had the choice, as they once had for millions of years, where would they go and why? With telemetry, scientists can answer these questions and propose new routes for conservation.

Most of the world’s savannah elephants live in southern Africa. They were once a nation of great travellers linked by well-worn paths, meeting and mixing across seven million square kilometres. Today they’re boxed into the equivalent of separate villages — national parks and private reserves — by human settlements and fences.

They have always shared land with humans, but human population growth and rapid land cover change across southern Africa over the past century have increased human-elephant conflict.

People now dominate 80% of the land elephants used to live on before colonial developments. Though their compression into defined areas has protected them up to now and provided a foundation, confinement is creating problems.

Seeking solutions, several top elephant scientists have posed a challenging question and attempted to answer it: where today would elephants prefer to go if they were not restricted and to what degree could their wishes be granted?

The new study by researchers from South Africa, the US, Australia and Botswana used 1.2-million satellite telemetry data points to track 261 elephants across the region, highlighting what natural features limit or support their mobility.

Their reasoning is that restricting their movement is contrary to the first principles of conservation and out of step with the Global Deal for Nature, which aims to enhance the connectivity of protected areas and improve population viability, especially of large herbivores like elephants.

Confinement to protected areas and the fragmentation of the once continuous population, they found, have adverse demographic and genetic consequences for elephants and urgent action is needed.

The study focuses on Angola, Botswana, Malawi, Mozambique, Namibia, South Africa, and Zambia where around 80% of the world’s savannah elephants live, mostly within about 900,000 km2 of protected areas.

What are the prospects of opening up corridors and improving connections between protected areas? “Elephants are not demanding,” says the study. “They need space, water, grass and trees as well as freedom from harassment. However, savanna Africa is no longer theirs.”

Because unsuitable areas for elephants surround their habitats, their movement is restricted by artificial barriers, such as roads or fences. Long-term population stability will be difficult without their dispersal.

Reconnecting nature, say the researchers, offers a solution. “In cooperation with local communities and governments, protecting the connections for elephant dispersal may represent some of our best chances at a sustainable future for elephants.”

The core clusters studied were Etosha and the Zambezia region in Namibia, Chobe in Botswana, parts of north-west Zimbabwe, Kafue in Zambia, Greater Limpopo, which includes Kruger National Park in South Africa and parts of Zimbabwe and Mozambique, Luangwa in Zambia and Malawi, Maputo in southern Mozambique and South Africa plus Niassa in Mozambique.

To build a dispersal plan, it was essential to know elephant preferences. “Once we understand the individual effects of the environment and human activity elephant preferences,” say the researchers, “we may synthesise these insights to map what areas are left to elephants.”

They associate with species like mopane, silver cluster leaf and russet bushwillow. Collared elephants with satellite uplinks — the study’s “pilots” — recorded a 94% preference for large rivers. In dry areas they can dig for water in dry river beds, enabling them to survive in what would otherwise be inhospitable terrain. They naturally prefer areas with low human populations.

Central to the dispersal map were the restrictions to movement. Highest on the list of impassable barriers was fences. The telemetry readings showed they blocked and bottlenecked movement, hindering trans-frontier movement.

The study points out the dangers of fencing off areas. When Kruger Park was entirely fenced, managers were so concerned by high elephant numbers that they culled some 17,000 animals over 27 years. “Fences concentrate individuals near them, depleting the vegetation. When barriers restrict animal movement, the consequences can be severe.”

In the Kavango-Zambezi Transfrontier Conservation Area (Kaza) area, elephant dispersal is dependent on the permeability of human settlements along the Namibia-Zambia border and major rivers, the Chobe and the Zambezi.

“Despite Kaza’s mission to facilitate trans-frontier dispersal, the international border fence is a hard barrier to movement between Namibia and Botswana. Elephants in Khaudum cannot easily reach elephants on the western banks of the Okavango Delta despite the proximity and suitable habitat.”

Movement northwards within Kaza towards Sioma Ngwezi and Kafue national parks in Zambia is hampered by extensive rangeland, though several proposed corridors would facilitate movement.

More than 30,000 elephants live in the 80,000km2 Great Limpopo Transfrontier Conservation Area which includes Kruger National Park, Limpopo National Park and Gonarezhou National Park. The area is vital for elephant conservation. According to the researchers, this area and that to the east towards Banhine and Zinave National parks are suitable for elephant movement because of low human activity.

In some areas, the movement of elephants is not possible, with connectivity broken by mountain ranges and human activity. Crossing Malawi or connecting northern and southern Mozambique are examples.

The largest potential for dispersion lies in the regions where moderate human impacts overlap with elephant preferences. Then there are suitable areas where elephants easily roam such as northern Namibia or the Botswana-Zimbabwe border, but there is conflict with local communities.

“While many of these regions represent the last opportunities to connect conservation clusters, what remains unknown is the feasibility of connections,” say the researchers. Many communities are amenable to compensation for relocations and many promising frameworks exist for sustainable coexistence. “It is this intersection of need and potential that should drive conservation efforts.

“For many parts of Africa,” says the study, “the answer of whether it is possible to reconnect elephant populations into a more robust metapopulation is not only dependent on environmental or anthropogenic limitations but rather on sociopolitical will. Will governments cooperate?

“If so, where and what are the constraints to be considered: fences, water, terrain, suitable and safe habitat, communities and cattle, open corridors or is it mainly sociopolitical will?

“These are undoubtedly difficult questions, but we must pose them when seeking connectivity across a continent.”

For elephants, answering those questions is vital for the future of their nation on African soil.

Don Pinnock is an associate of Southern Write, a group of top travel and natural history writers and photographers in Africa. He is a former editor of Getaway magazine in Cape Town, South Africa.