Namibia: Five remain in custody for possession of ivory 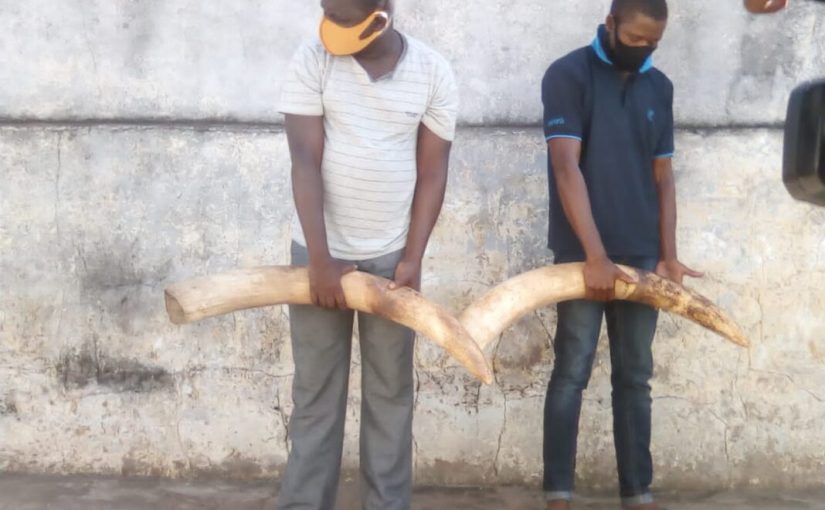 Two Angolans and three Namibians, of which one is a traditional doctor, were remanded in custody after being arrested for possession of 29 pieces of elephant tusks at Onhuno, Helao Nafidi Town.

The group made a brief appearance in the Ohangwena Magistrate’s Court on Monday.

According to the police, they were arrested while trying to sell the ivory to undercover police detectives. They did not have permits from the Ministry of Environment and Tourism (MEFT) authorizing them to possess such products.

“Some of the suspects are Angolan nationals who are in Namibia illegally as they don’t have documentation allowing them to reside and stay in Namibia,” the police said.

MEFT spokesperson Romeo Muyunda said the ministry is aware of the matter but the value of the confiscated ivory is not yet determined.

Penalties related to wildlife crimes have been amended, and people convicted of illegal hunting of rhinos and elephants may face a fine of up to N$25 million.

If found in possession of rhino horns, elephant tusks (ivory) or pangolin skin, upon conviction a criminal can be sentenced to a fine not exceeding N$15 million (previously N$20 000), or to imprisonment not exceeding 15 years (five years previously).