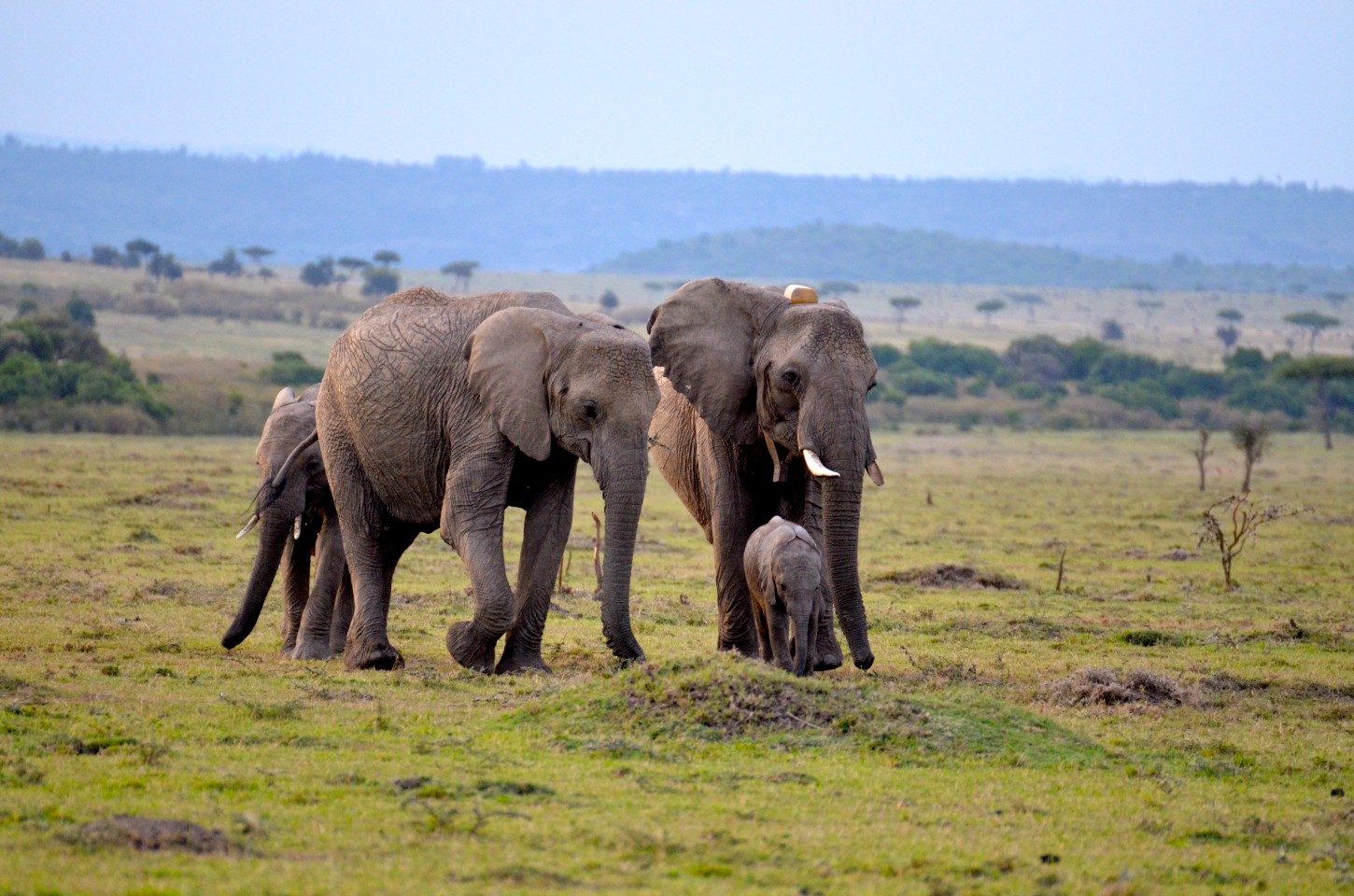 Amid a global biodiversity crisis, nations have agreed to protect threatened species like sharks, songbirds, glass frogs and tropical timber by regulating their trade.

Over the past two weeks, member states of the Convention on International Trade in Endangered Species of Wild Fauna and Flora, or CITES, met in Panama for its 19th meeting, CoP19, to discuss matters related to the protection of species. By the meeting’s end on Nov. 25, parties agreed to establish new or revised trade regulations on more than 600 animal and plant species. They also discussed ways to address the ongoing illegal trade of species like jaguars, pangolins and elephants, already protected under CITES.

Experts say one of the most significant developments was the decision to protect requiem sharks, hammerhead sharks and guitarfish on CITES Appendix II, which restricts trade by requiring export permits.

Susan Lieberman, vice president of international policy at the Wildlife Conservation Society (WCS), called this decision a “victory” since these sharks account for about 95% of the global fin trade.

“Finally, the vast majority of the fin trade will require some regulation that it’s legal and sustainable,” Lieberman told Mongabay. Before this decision, some sharks were previously listed on CITES, but they accounted for “a relatively small percentage of the global fin trade,” she said.

“These species are really declining because pet traders come in and take them and then illegally ship them to Europe and the United States,” Lieberman said. “So at least now they’ll be on CITES, [traders] have to have a permit, and importing countries need to check for the permit.”

Freshwater turtles are also regularly traded as pets, and parties to CITES voted to protect 52 species, including both matamata turtle species (Chelus fimbriata and C. orinocensis), which are prized for their rough and knobby shells and flattened, triangular heads.

“These songbirds are being taken from the wild unsustainably for song contests,” Lieberman said. “It’s a good outcome [but] I hope it’s not too little, too late.”

However, the trade of these two songbirds is just “the tip of the iceberg,” said Lieberman, adding that more species need to be covered under CITES in the future.

The Asian Songbird Trade Specialist Group (ASTSG) at the IUCN, the global wildlife conservation authority, has identified 43 species in urgent need of protection from trade.

Member states of CITES also voted to add more than 140 threatened tropical timber species to Appendix II. The protection of three groups of African species — padauk, pod mahoganies and African mahoganies — will go into effect 90 days from today, but the protection of two groups of Latin American species — cumaru and trumpet trees — won’t go into effect for two years.

“We are pleased at these developments but we deeply regret the two-year delay for the Latin American species,” Colman O’Criodain, head of policy and wildlife practice at WWF International, told Mongabay in an email. “These slow-growing species are currently being over-exploited and the listing is urgently needed. A two-year ‘holiday’ will encourage countries to continue over-exploitation in that period.”

Other key developments included the listing of three species of sea cucumber and 25 lizard species onto Appendix II, a decrease in the permitted number of leopard hunting trophies exported from African countries, and a general agreement to better monitor the trade of species already protected under CITES, including rhinos, jaguars, cheetahs, pangolins, and sea turtles. Voting members also refused to approve proposals from some nations to legalize the elephant and rhino ivory trade.

While the CITES CoP19 concluded with many critical decisions, not all proposals were adopted. For instance, a proposal to revise a Appendix II listing of the common hippopotamus (Hippopotamus amphibius) to prohibit all exports of wild specimens was defeated, despite 56 voting in favor and 56 voting against. (A vote needs a two-thirds majority to pass.) Common hippos are targeted by traders for their ivory teeth and body parts.

Stephen Carmody, director of programs at the Wildlife Justice Commission, called the failure to protect hippos a “disappointment.”

“The banning of the trade in hippo teeth would have been a step in the right direction at the moment because [traffickers] do look for alternatives to ivory — things like giant clams, mammoth ivory, hippo teeth — those look-alike products that can be substituted,” Carmody told Mongabay.

Despite the missed opportunity to protect hippos, Carmody said he thought the conference was a success due to the number of trafficked species that received new protections under CITES. However, he said he expects wildlife crime to continue to be an issue, and that “robust compliance systems” need to be put into place to combat illegal trafficking.

“There’s always going to be opportunities for crime to intersect with trade — even legal trade — if those systems aren’t robust enough,” Carmody said. “You also need to enforce those systems, so you need regulatory agencies with powers.”

He added: “You need to keep your foot on the accelerator and keep moving forward because crime innovates. And unless we’re watching innovation or preventing these innovations, we’re going to be constantly battling with this sort of stuff.”

O’Criodain similarly stated that an ongoing challenge for the international trade of species will lie in implementing CITES regulations.

Some progress is being made. Earlier this week, the International Commission for the Conservation of Atlantic Tunas (ICCAT) agreed to adopt a new population-wide fishing quota for endangered shortfin mako sharks (Isurus oxyrinchus), which were added to CITES Appendix II in 2019. This quota includes a catch limit for South Atlantic that covers both landings and mortality from discarding, in line with current scientific advice. It’s estimated that this move will cut shortfin mako shark landings by 40-60%.

“ICCAT’s mako safeguards represent key strides toward closing the problematic gap between countries’ obligations under international fisheries and wildlife treaties, and thereby take a bite out of a central hurdle to effective shark conservation,” Sonja Fordham, president of Shark Advocates International, said in a statement. “We urge all countries to limit fishing for CITES-listed shark species, as a matter of priority.”

Lieberman said in a closing statement that “good news from CITES is good news for wildlife.” However, she said there is urgency to enforce the new rules, and that WCS will work with governments and partners to help ensure the successful implementation of the regulations.

“Biodiversity is collapsing,” she told Mongabay. “We’re in three crises: biodiversity collapse, climate change and the pandemic, which is related to wildlife, trade and markets. So there’s a lot more that needs to be done. In particular, many species are being hit by climate change so much that their susceptibility and vulnerability to wildlife to overexploitation is greater.”