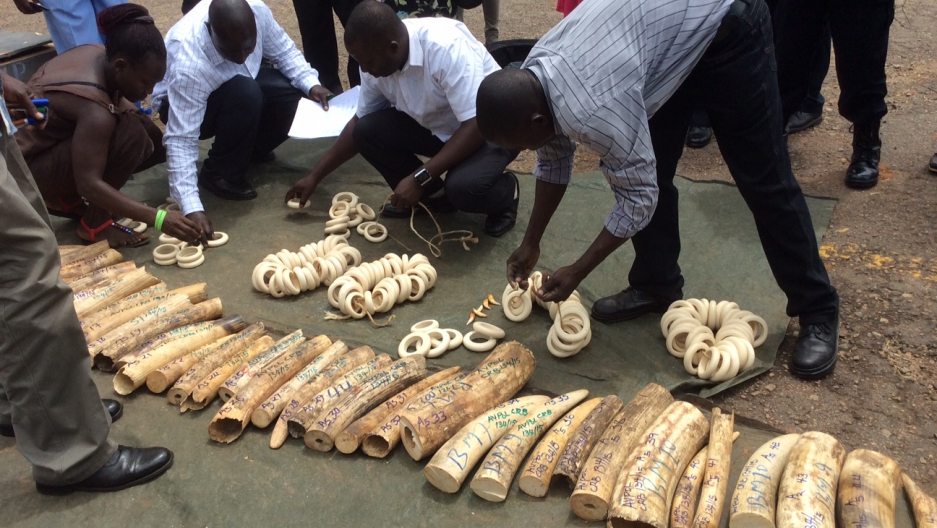 By Adaku Onyenucheya -The Guardian Nigeria

The Nigerian Customs Service (NCS), in collaboration with the Wildlife Justice Commission, has intercepted pangolin scales and elephant tusks worth N3.1billion being transported through Nigeria to Asia.

The Controller General of Customs, Hameed Ali, who disclosed this yesterday while displaying the seized items to journalists at the Customs Training College, Ikeja, Lagos, said 15 sacks of pangolin scales (839.4kg) and four sacks of elephant tusks (145kg) were intercepted in a Toyota Sienna bus with registration number KRD 541 HH at Lekki on February 2, 2022.

Ali, who was represented by the National Public Relations Officer, Joseph Attah, said the CGC Strike Force team, upon intelligence, along with the Wildlife Justice Commission, conducted the operation in which Nigeria was used as a transit route for illegal wildlife trade from Africa to Asia.

He said while this criminality is not essentially a Nigerian thing, some foreigners with the active connivance of few Nigerians are bent on using the country as a transit route for illegal wildlife trade.

Ali said this seizure of wildlife parts is the fourth in the country within the last 13 months, noting that it contravenes Section 63 “E” and “G” of Customs Excise and Management Act (CEMA) Cap 45 LFN 2004.

“Our achievements in this regard should be proof of our resolve to fish out and bring all illegal wildlife trade actors to justice. Nigeria is a signatory to the Convention on International Trade on Endangered Species of Wild Fauna and Flora. As a responsible member of the global community, we cannot allow our nation to be used as a conduit pipe for illegal wildlife trade,” he said.

Ali commended the Wildlife Justice Commission for their continued commitment to this cause through the provision of credible and actionable intelligence, while calling for more working synergy.

He said the NCS remains committed to the quarterly meeting with the embassies of the United States of America, United Kingdom, Germany and the World Bank, while also welcoming onboard other international organisations that are joining the fray.

Ali further called on members of the public to support the NCS by providing timely information that will help cripple the criminal network of illegal wildlife trade through Nigeria.